HARRISBURG, P.A. — Public Works Director Aaron Johnson said his department is “sick and tired of being sick and tired.” He said his staff is b... 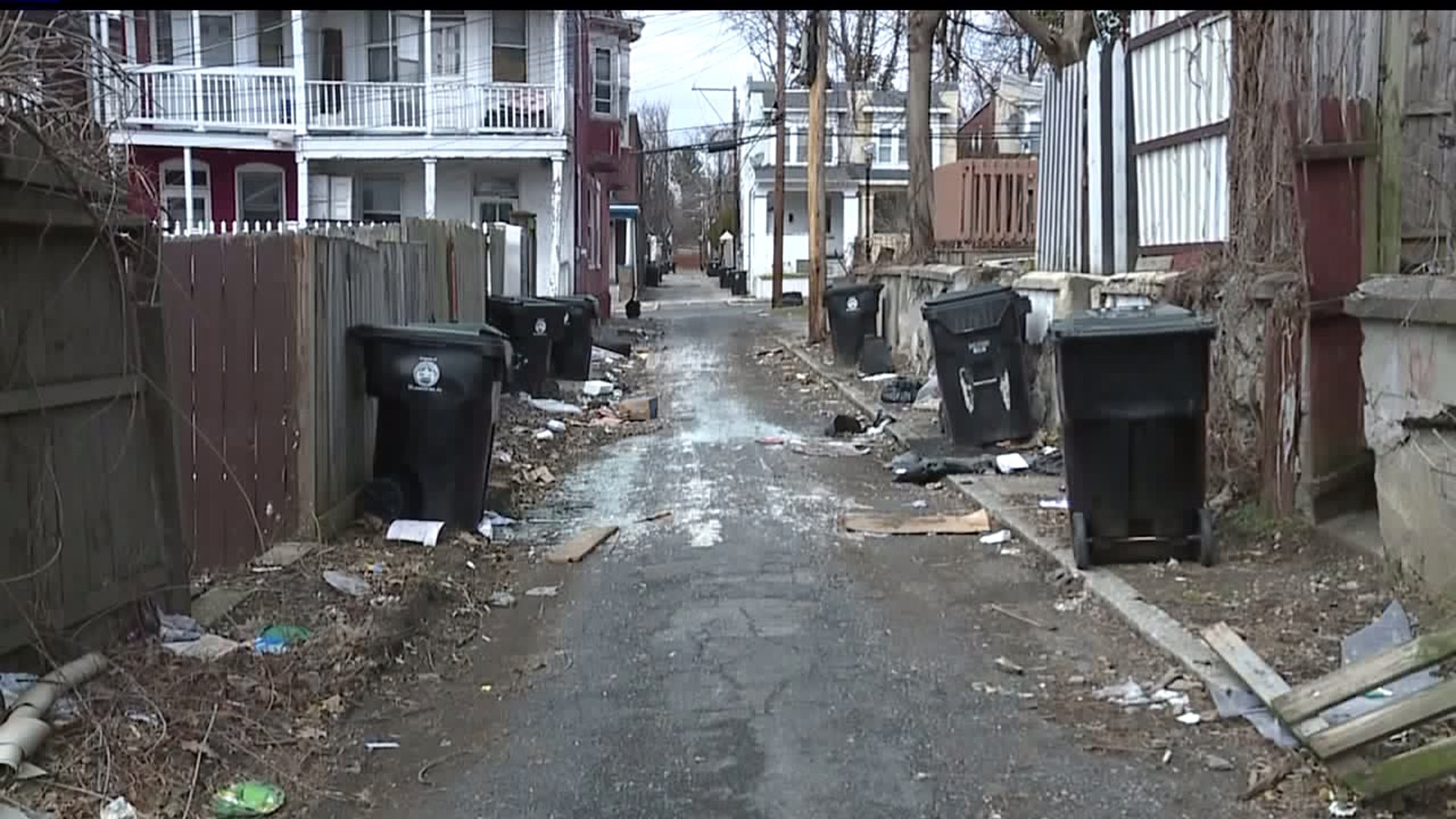 HARRISBURG, P.A. --- Public Works Director Aaron Johnson said his department is "sick and tired of being sick and tired."

He said his staff is being outnumbered by the number of illegal dumpers in the city.

Johnson says it's getting to a point where they will clean a site and less than a week later --- it's as if they never cleaned it in the first place.

"We need to take this illegal dumping serious because it's become a plague," said Johnson.

He said illegal dumping is happening at an "irritating" rate in alleyways, open lots and in front of residential areas.

He believes a source of the dumping comes from trash haulers taking the change of dumping illegally under a lenient penalty.

He said the current penalty for illegally dumping is $25, as opposed to the $190, per ton, incinerator fee in the city of Harrisburg.

He said they want that fine to go up, exponentially.

"If we catch them and you've got a fine, something like $2,500...That slows things down, that makes a big difference," said Johnson.
​
But part of the challenge, Johnson said, is figuring-out who is doing the dumping.

Is it homeowners moving out? Neighbors hauling trash for neighbors? Or hired haulers?

He said it's difficult to identify people dumping trash --- even when they’re caught on-camera.

He wants to see a specific trash hauling license or permit for trucks, saying that will help them identify trucks doing the dumping.

"If someone is riding around with a bunch of stuff on the back of their pick-up, that's where it's going...Somewhere special that they like to drop it at then we're on the hook for it," said Johnson.

Julie Walter, neighborhood revitalization manager with Tri County Community Action, agreed that a hefty fine can be an important deterrent to illegal dumping.

However, she believes more needs to be done about vacant lots with hiding spots in Harrisburg.

"Addressing the blight in our city is important, I think, to not being able to have those areas where people feel like they can dump at," said Walter.

Johnson said public works' proposal is still in the rough draft stage and they’re hoping to get it before Harrisburg City Council by the end of the month.