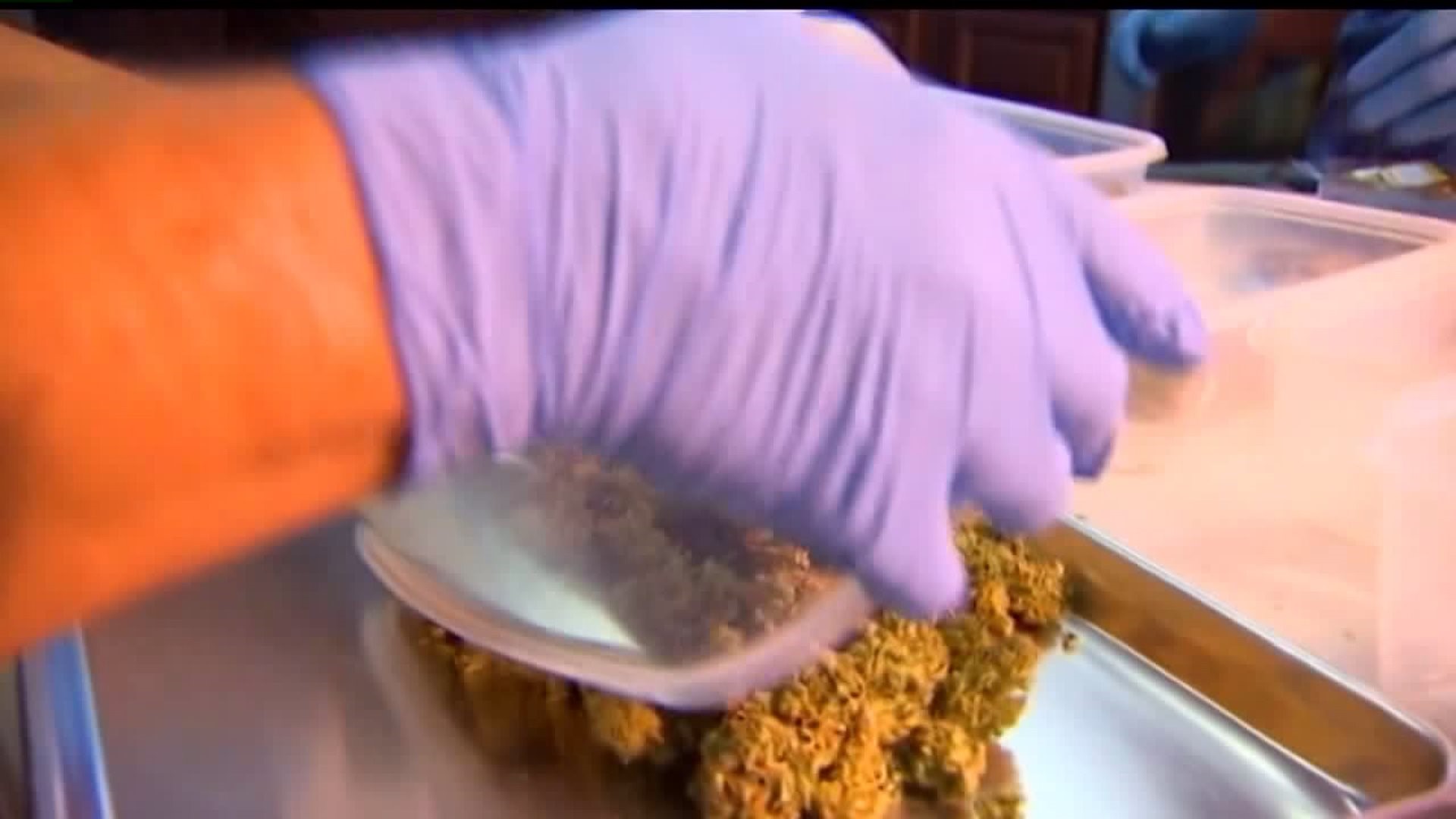 The Harrisburg City Council passed the ordinance in July so it’s been an 8-month conversation between the city and the Administrative Office of the Pennsylvania Court System.

It means different things for different people. If you were caught with marijuana in the last 8 months, you'll still be dealing with a misdemeanor, meaning court dates and court costs. But if it’s the first time you're caught with a small amount now, it’ll be treated more like a traffic ticket.

If you're caught in possession of a small amount of marijuana in Harrisburg, you will now receive a summary offense, "like a parking ticket or another type of summary offense, and it won't go on people's records as the old misdemeanor did,” said Mayor Eric Papenfuse.

Mayor Papenfuse says the lesser penalty for having a small amount of pot and lesser fines of $75.00 for possession and $150.00 for smoking, will help police crackdown on what they believe to be the more serious issues in the city.

"Gun violence, other types of violent crimes and assaults,” explained the Mayor.

One Harrisburg man agrees with the initiative.

"I don’t think you should get in trouble if you have pot on you or smoking it because it’s legal in other places. So, like, I think they can change the focus on the real problems in the city instead of something small,” said Jake Forrester of Harrisburg.

Previously, the city said it would take 90 days for the ordinance to take effect from when council approved the lower penalties in July, 2016 - meaning police would have been issuing summary offenses back around October. But, there was a holdup between the city and the AOPC. One marijuana activist says there’s a holdup across the state.

"It's very disappointing that 42 people were charged under the old law, but what's more disappointing is that the state of Pennsylvania is so far behind. We're still holding the threat of 30 days in jail and $500 fine over the heads of over 20,000 people per year that get arrested for small amounts of marijuana,” said Les Stark from Keystone Cannabis Coalition.

According to Mayor Papenfuse, 42 people received misdemeanors in the 8 month wait for the ordinance to go in effect.

"Not to have to focus on enforcing marijuana laws, and issuing people misdemeanors which could stay on their records and affect their ability to get employed, starting a sort of vicious downhill cycle,” said Mayor Papenfuse.

We did reach out to the district attorney’s office about the misdemeanor charges. District Attorney Ed Marsico said, via email: "We review each case individually, but those cases were properly charged under Pennsylvania law which provides that possession of a small amount of marijuana is a misdemeanor.”

Harrisburg Police started their training on the new citations and will continue to do so throughout the week.