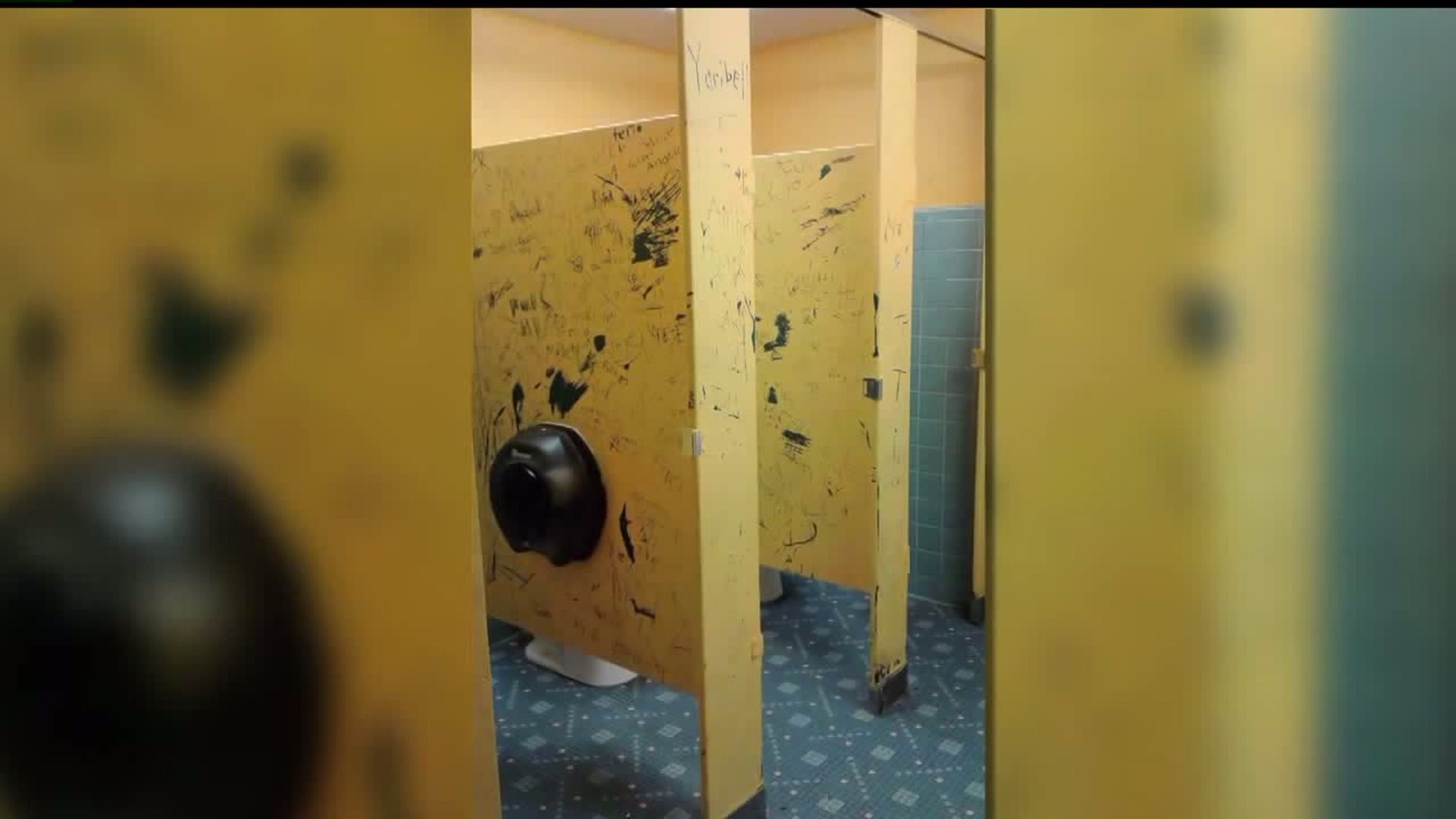 HARRISBURG, Pa. -- Jennifer Snavely attended her 5th grade daughter's parent-teacher conference at Rowland Elementary School on April 13. She says she was shocked when she went to use the restroom.

"I go in there and it's just disgusting. I was overwhelmed with how a bathroom looked for a 5th grader," Snavely said.

Snavely said the bathroom stall doors did not close, and her daughter later told her students have to hold the door shut for each other. She tried using the boys bathroom, but couldn't, she said, because of its foul odor.

"To go in that environment, that's not fair for them," Snavely said.

FOX43 reached out to the Harrisburg School District. Spokesperson Kirsten Keys said the school board and administration were "very recently" made aware. According to school board President Danielle Robinson, via Keys, "plans are underway to address and resolve this matter."

Keys said the issue was addressed "in depth" at Monday's school board meeting. However, meeting minutes for the April 17 meeting were not available on the school board's website. The last posted minutes were from March 13.

FOX43 emailed all members of the Harrisburg School Board on Tuesday morning at 9:45 a.m. As of 5 p.m. Tuesday, none had responded.

Snavely does not know how long the bathrooms have looked in their current state. However, she does not believe school board members who told her they just recently learned of its condition.

"I don't understand how they just learned about it when they're in that school every single day," she said.

"It shouldn't take a parent posting photos on social media for the school district to be made aware," Papenfuse said.

FOX43 was able to show the pictures to the Mayor. While not involved with the school district, he urged angry citizens to become socially active, and learn more about the school board candidates in the upcoming, May 16 primary election.

"It can't happen and it needs to be fixed immediately," Papenfuse said. "How can you expect children to learn if their environment is treated with such disrespect?"