HARRISBURG, Pa. — The Harrisburg Diocese held a seven hour ‘Mass for Forgiveness’ at Saint Patrick Cathedral in Harrisburg on Friday. This is following th... 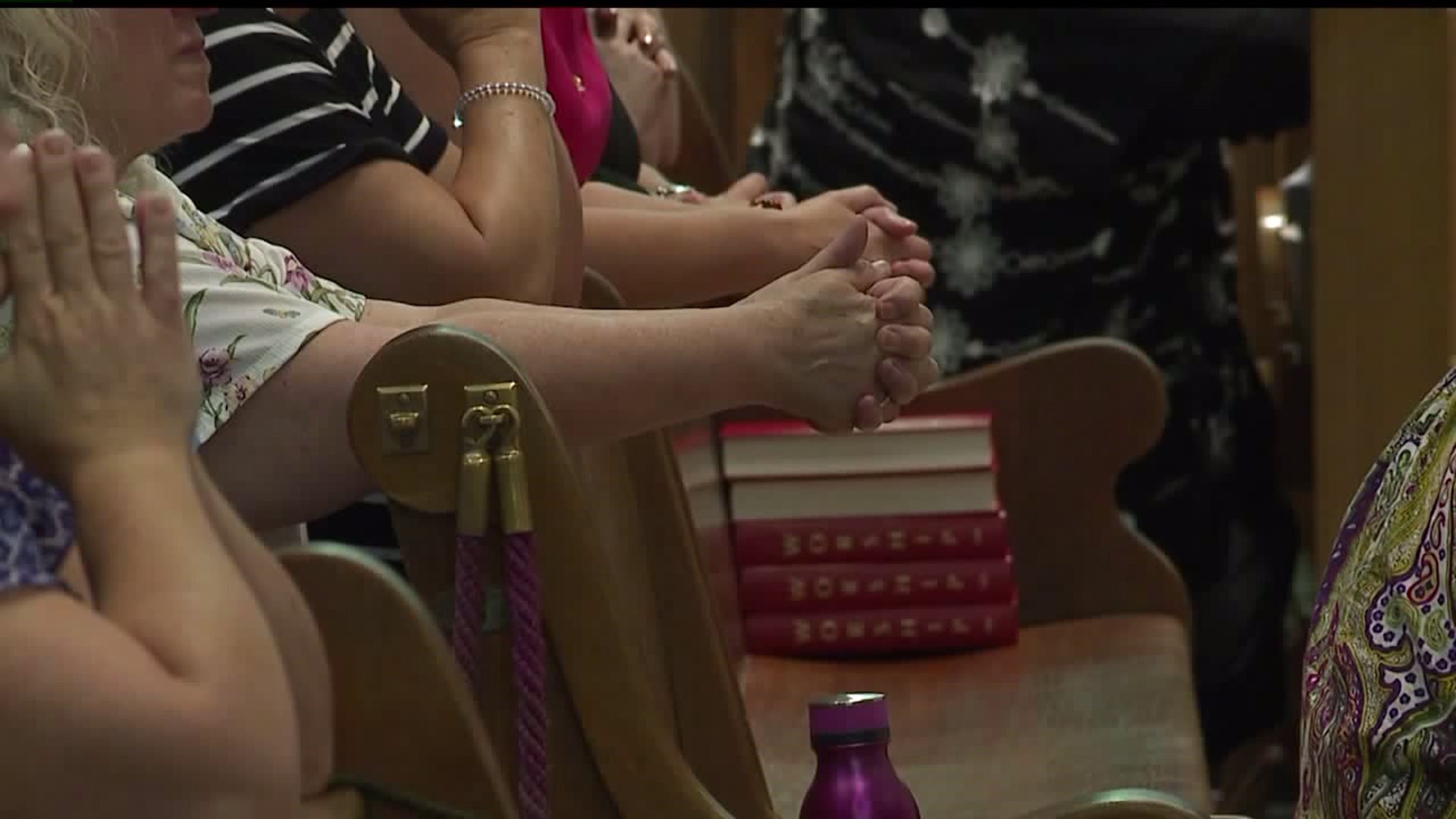 HARRISBURG, Pa. -- The Harrisburg Diocese held a seven hour ‘Mass for Forgiveness’ at Saint Patrick Cathedral in Harrisburg on Friday.

This is following the Grand Jury Report outlining Catholic Church sexual abuse that was released on Tuesday.

The room stood still as Bishop Ronald Gainer with Harrisburg Diocese took the pulpit at Saint Patrick Cathedral in Harrisburg.

“We all know the saying words are cheap but my words in these last weeks and my words now at this mass are invested with profound remorse, firm resolve and consistent action," said Bishop Gainer with the Harrisburg Diocese.

The emotional gathering brought out tears to those in attendance as Bishop Gainer addressed the Grand Jury Report outlining sexual abuse within the church.

“These horrific actions by some members of the clergy which violated the dignity and innocence of children must be absolutely eliminated from the churches life," said Bishop Gainer.

“In the name of our local church, I voice again, my heartfelt sorrow and sincere apology to all survivors of clergy sexual abuse," he added.

During the mass, people prayed for the victims’ healing as well as forgiveness for those within the church who committed the acts.

“This isn’t about being against the church, this is about trying to get the church and the church faithful to support the victims," Sue Sheboskay, parishioner.

“It was sad, I mean I don’t well up too often but earlier in the mass the sadness really overwhelmed me a bit, it almost brought tears to my eyes but then I felt hope I guess after I heard him speak," said Jim Lowrie.

“In our diocese we begin a year long effort to address our need for spiritual conversion, the need for repentance for these grievance sins and our need for conversion," added Gainer.

A spokesperson with Harrisburg Diocese tells FOX43 the mass is their first step in re-establishing trust and faith with the community once again.