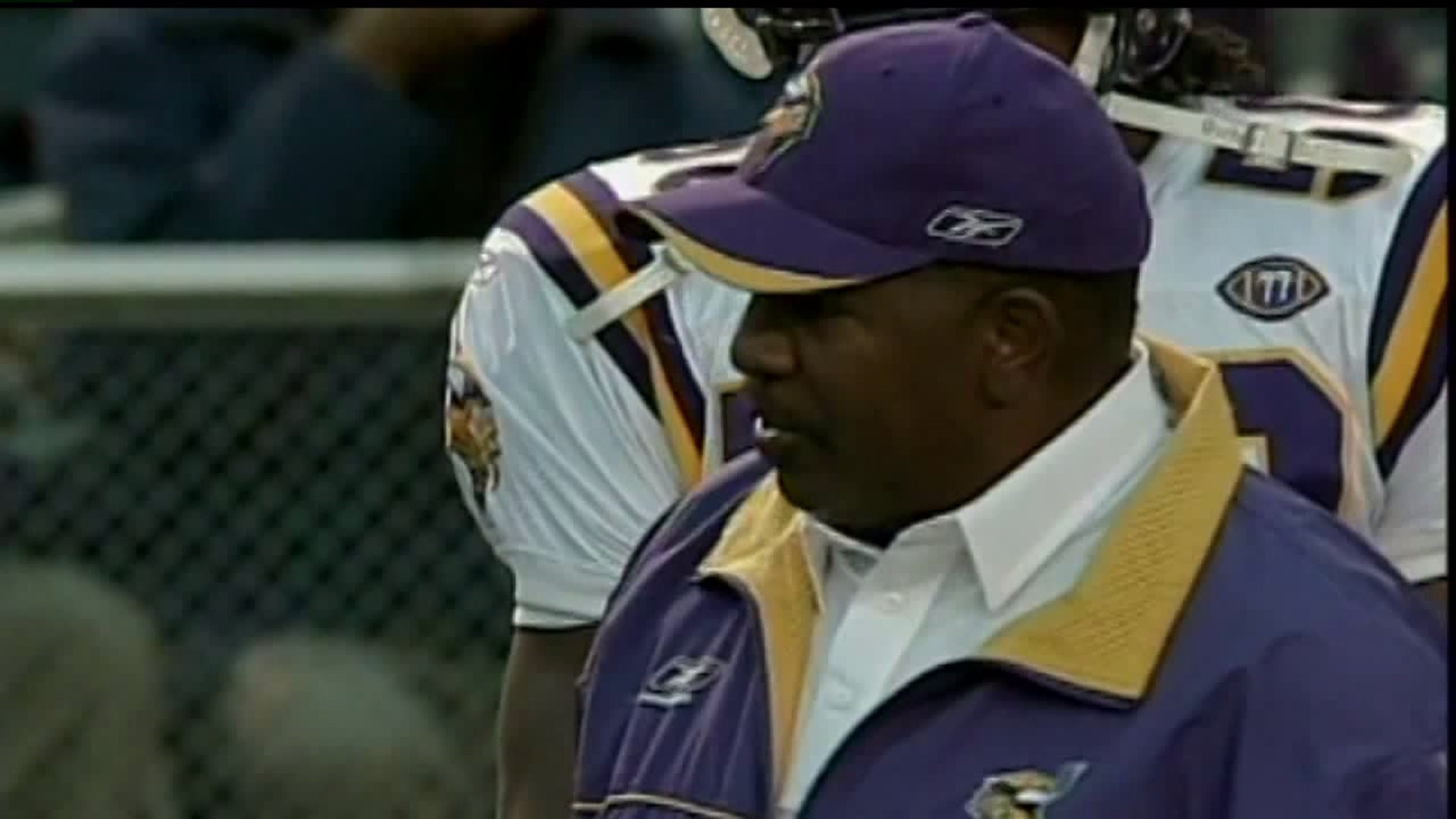 HARRISBURG, Pa -- The Harrisburg community coming together to honor a local legend and former National Football League head coach, Dennis Green, naming a part of Walnut Street after him.

Some may remember Dennis Green by his talents on and off the field at John Harris High School. Others, a trailblazer for African-American coaches. But, however they did, Green was a Central Pennsylvania legend.

"He held everybody accountable, meaning, you have to hold your water and do your job and that's one thing he installed in everybody." said Robert Tate, Harrisburg native and former NFL player.

Family members of Green, unveiling a sign and sending balloons off.

A dedication ceremony, just outside of where green grew up in Harrisburg, naming it, the "Dennis Green Way," on the 1100 to 1300 block of Walnut Street ... A place that brings back many memories.

"Anytime I come down this street, from 13th street. I'm going to see 'Dennis Green Way.' I'm going to smile, I'm going to laugh a bit and maybe I'm going to have a few tears because it's and emotional thing. That's our baby brother," said Penrose 'Billy' Green, brother.

Green was raised by his brothers after losing his father when he was 11-years-old. Then, his mother, two years later.

"We loved him. We raised him and honestly, we didn't do bad," said Billy.

Not too bad at all, after Green became the third African-American head coach in the National Football League, coached 13 seasons with the Minnesota Vikings and Arizona Cardinals; leading the 1998 Vikings to one of the greatest regular seasons in NFL history.

"Any guys dream is to play in the NFL and he gave me that chance for nine years out of ten, nine of them with him," Tate says.

This came on the heels of a similarly historic college coaching career. When he took over at Northwestern in 1981. Then, just the second African-American head coach in college football.

"He's well missed and we miss a good man and today was a special day," said Tate.