HARRISBURG, Pa. — The partial wall collapse in Harrisburg is now creating more problems for the owner of Howard Tire and Auto. The car and debris once on ... 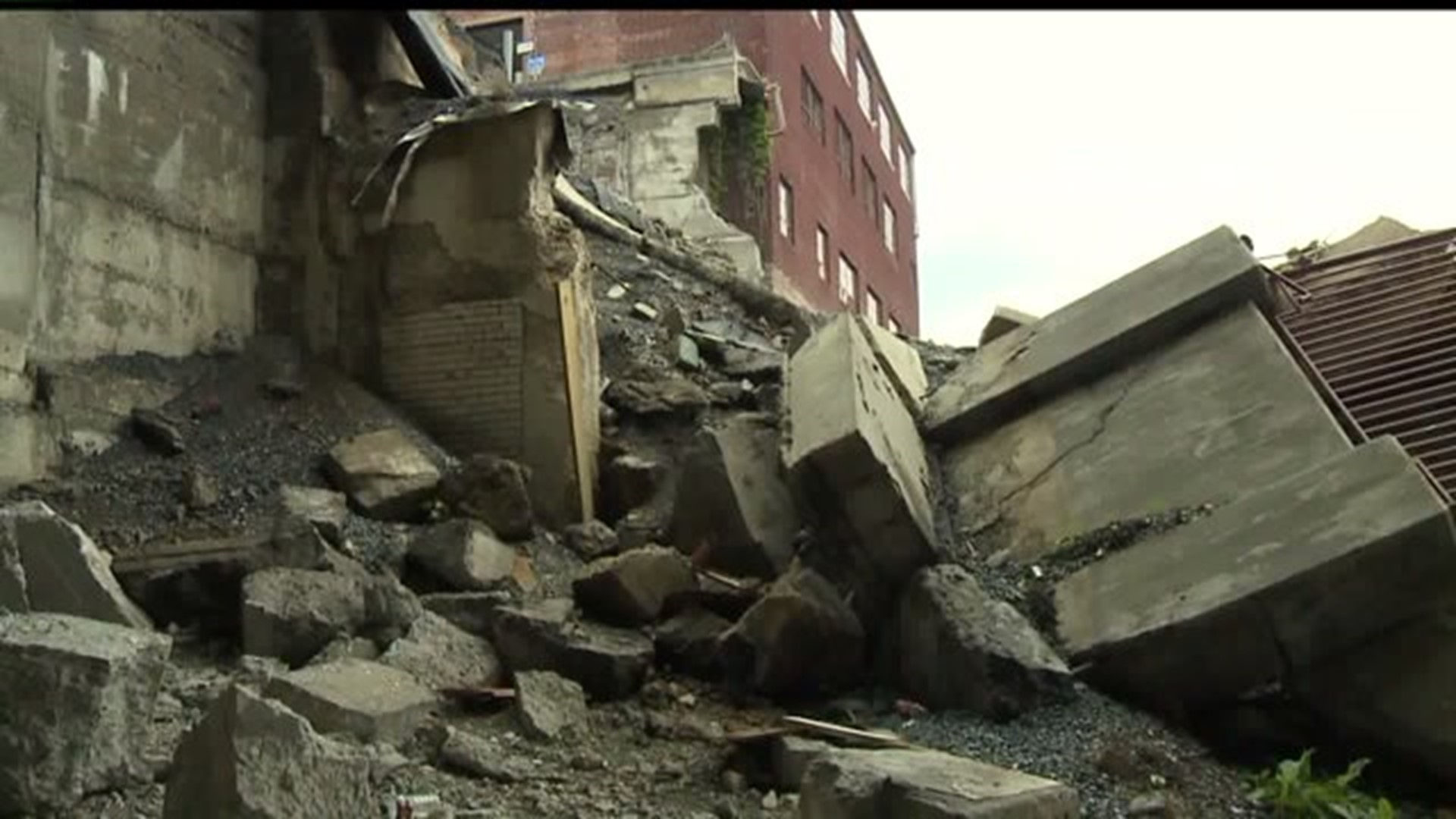 HARRISBURG, Pa. -- The partial wall collapse in Harrisburg is now creating more problems for the owner of Howard Tire and Auto.

The car and debris once on top of the tire and auto store is now inside it after a heavy rainstorm.

Howard Tire and Auto owner Howard Henry, said, "When it rains, I pay."

It has been two months since the wall collapsed, and nobody has made any progress on clearing up the debris on providing a solution. But that may change soon.

"He said that he would be working with others back at the city to determine what they were going to do. There was going to be some kind of an action taken by the city," Henry said.

He said city officials will be announcing what they are planning to impose in the near future. Henry thinks they could impose a violation, but he's not sure if it'll be against him or McFarland.

PennDOT stated they conducted an investigation and found they were not at fault.

So the blame game for who is at fault continues.

McFarland Apartments owns the wall that collapsed. But right now the only person who's suffering from the wall collapse is Henry. His insurance won't pay for the damage.

And it will only get worse as time passes.

Henry said, "When it rains, I get a little antsy because I know that hill is going to move. I know it's going to happen. So every time it rains, I come up. I look and see what happens."

We reached out to McFarland, but they did not return our calls.