HARRISBURG, Pa. — Harrisburg city council wants to pass a resolution that they say will protect residents from trail derailments and explosions. More than... 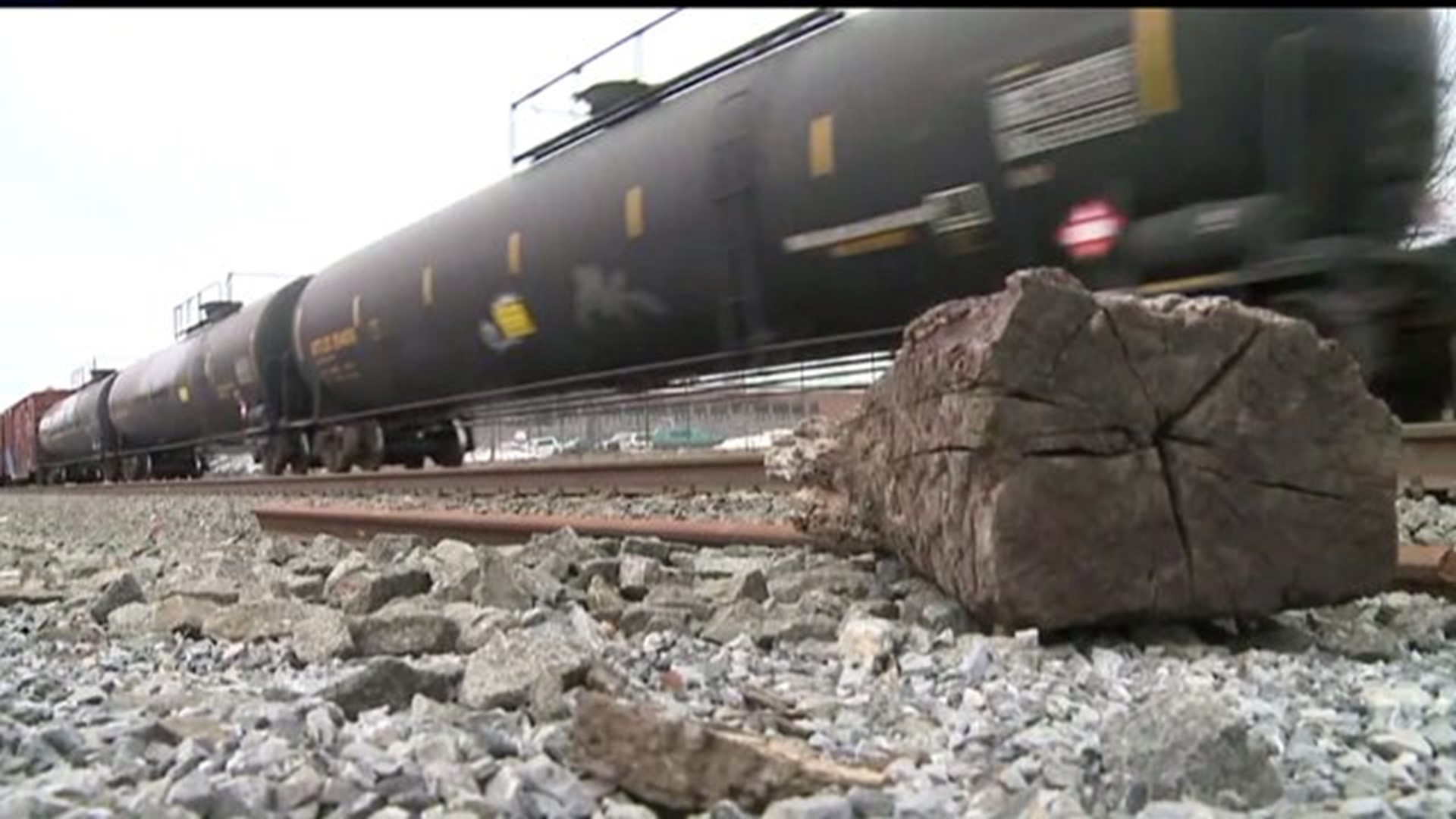 HARRISBURG, Pa. -- Harrisburg city council wants to pass a resolution that they say will protect residents from trail derailments and explosions.

More than 16,000 people live in Harrisburg's train evacuation zone. Those trains carrying Bakken crude oil travel on tracks right through the city. Just a couple hundred yards away is Pinnacle hospital... meaning if an accident were to happen, the hospital would have to be evacuated.

"God forbid this happens next to Pinnacle hospital or TMI, or in the middle of the night - obviously when many people will be home," said councilman, Brad Koplinski.

Because of its explosive nature, Bakken crude oil is considered the most dangerous type of oil in existence. And it travels on what's often referred to as "bomb trains" through some of Central Pennsylvania's most populated areas.

City councilman Brad Koplinski wants Harrisburg to pass a resolution calling on Congress to require train cars carrying the oil to be upgraded to a newer, safer car. It also calls for trains to lower their speed when they travel through more populated areas, like Harrisburg. He's asking other municipalities to pass the same resolution.

"If we keep replicating it across the state I think it could have a really big difference," said Koplinski.

Harrisburg fire chief Brian Enterline says his department is prepared if a disaster, like what happened when trains derailed in West Virginia, and Illinois, were to happen here.

"We will respond. We have support agencies that will support us and we will call on all the help that we need. And I think these incidents while we have pre-plans there is just things that we're not able to do," said Chief Enterline.

Enterline says if a train were to derail and cause an explosion his department would have to let the fire burn. He says the chemicals they would use to try to put the fire out would be more of a threat to the environment than the actual explosion.

"Very interested in the federal government moving rapidly on regulations on these trains. In Pennsylvania 3.9 million people live within half a mile evacuation zone of these potential train lines," said Lina Blount, with Penn Environment.

Council is expected to vote on this resolution on April 14th.