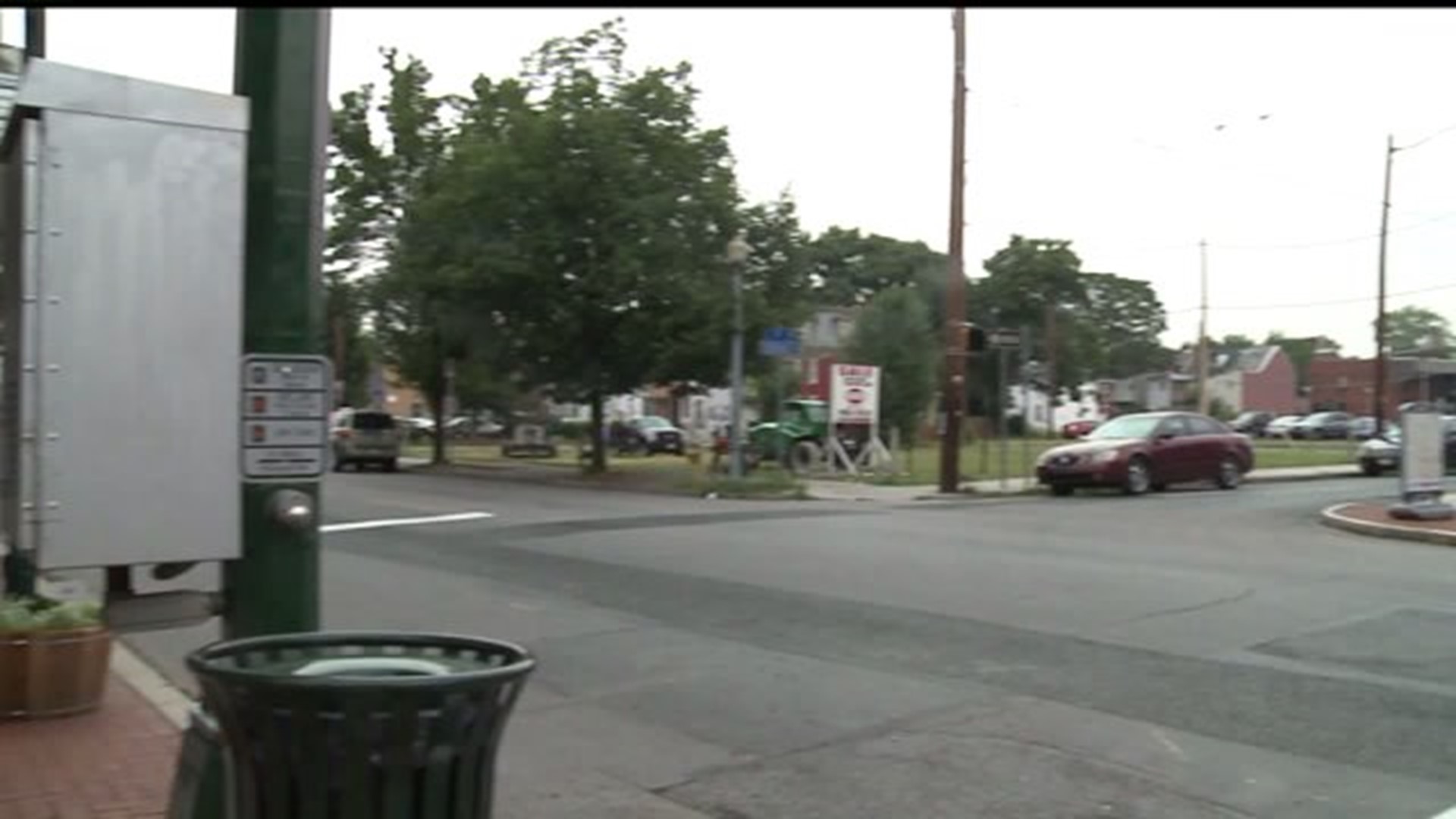 HARRISBURG, Pa. -- For the first time in recent memory, the marquee sign at Harrisburg's Broad Street Market is fully bright.

It's for good reason. The city spent Thursday tidying up and getting ready for a visit Friday from Democratic Presidential nominee Hillary Clinton and her running-mate, Tim Kaine.

The "MARKET" sign will serve as the centerpiece for Friday's rally. Clinton and Kaine will embark on a campaign tour once the Democratic National Convention concludes Thursday night. The Democratic hopefuls are holding a rally in Philadelphia on Friday morning, before leaving for Harrisburg.

Pennsylvania's capital city will serve as the first stop, post-Philadelphia, on the Clinton-Kaine bus tour.

"I think its an opportunity to show off the best of Harrisburg. We'll have all national media coming to Harrisburg," Papenfuse said. "We're doing it outdoors in more of a 'Main Street USA' type of feel."

With the rally held outside, roads throughout Harrisburg's Midtown neighborhood are closing as early as Thursday evening. Beginning Thursday at 5:00 p.m., N. 3rd Street will allow local traffic only from Forster Street to Cumberland Street and from Reily Street to Sayford Street. N. 3rd Street will close altogether from Forster to Reily Streets beginning Friday at 12 p.m.

Verbeke Street will also be closed, beginning at 5 p.m. on Thursday, from 2nd Street to N. 6th Street.

Secret Service personnel will enforce safety and security throughout the event, with the assistance of Harrisburg Police, Papenfuse said.

With Clinton and Kaine expected to stand on a stage in front of the Broad Street Market, thousands of people will line Verbeke Street. Papenfuse added there will be a security entrance near the intersection of 2nd Street and Verbeke Street, although 2nd Street will not need any closures.

Free parking will also be available for the event at HACC Midtown lots 4, 5, 6, and 7. City residents will need to move their cars off of Verbeke and 3rd Streets for the rally, but free parking is available, beginning Friday morning and going to Saturday afternoon, at the Seventh Street Garage.

Broad Street Market manager Beth Taylor reached out to the Clinton team earlier in the campaign when former President Bill Clinton visited Harrisburg, and more specifically, the Midtown Scholar bookstore, on a campaign visit in April.

While it's not certain that is definitively what brought Hillary Clinton and Tim Kaine to Harrisburg, the selection of the Broad Street Market, in an urban setting, to host a rally was applauded by Midtown workers and residents.

"It's a perfect match," said David Kern, who works inside the Broad Street Market and lives a few blocks away. "She's not only trying to revitalize the country in its thinking, but we're doing the same thing here on a local level."

Pennsylvania is expected to be one of the most contested and campaigned states leading up to the November election. Republican Presidential nominee Donald Trump visited Lackawanna College in Scranton on Wednesday. He is currently not scheduled to visit Harrisburg.

"He is welcome to have an event in the city of Harrisburg as well," according to Mayor Papenfuse. "But that request has not been made."