HARRISBURG, Pa. — 2nd Street in Harrisburg’s home to a number of businesses that make a living off the weekend nightlife, drawing in large crowds, w... 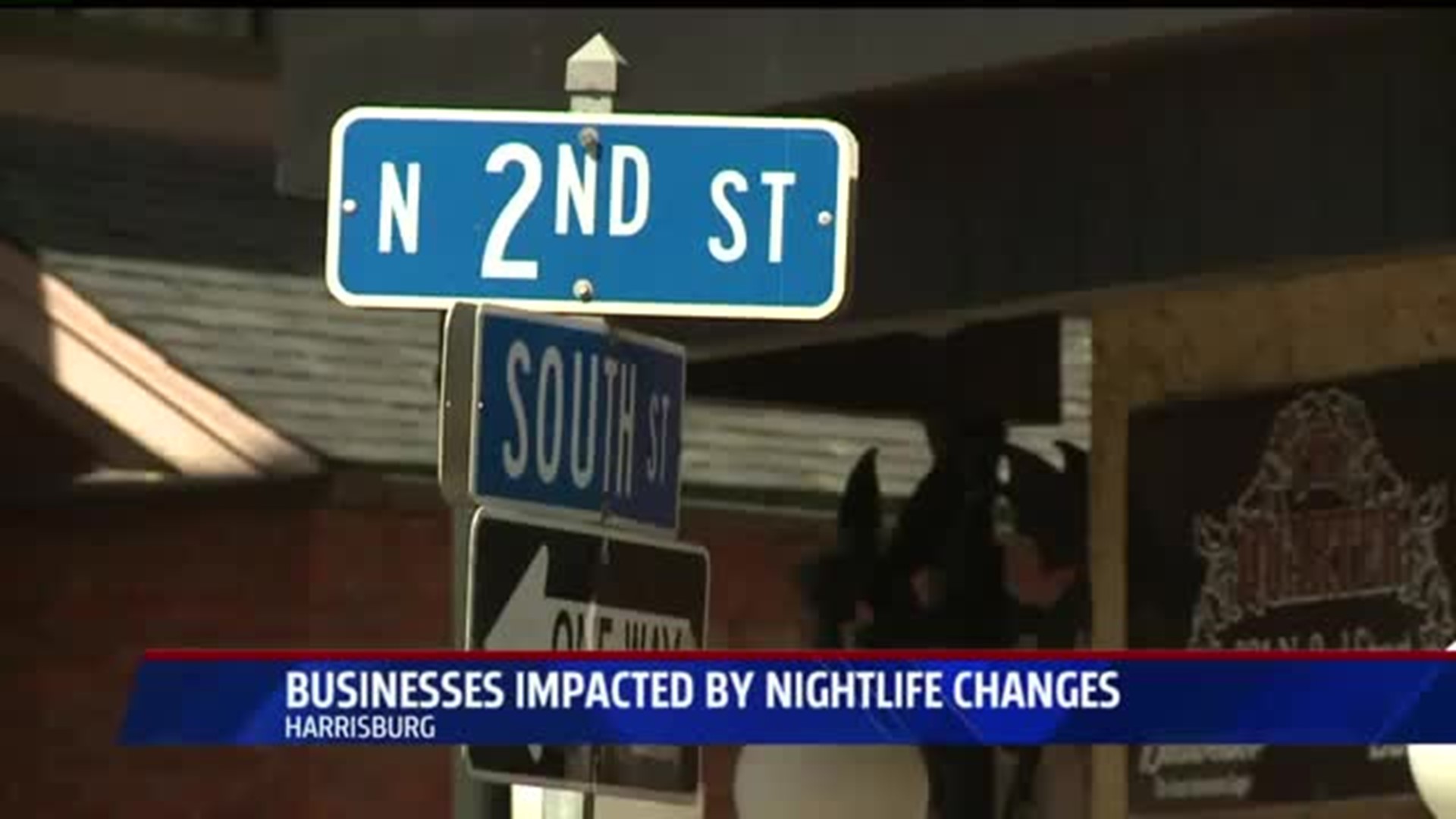 HARRISBURG, Pa. -- 2nd Street in Harrisburg's home to a number of businesses that make a living off the weekend nightlife, drawing in large crowds, which occasionally get out of hand.

"There was this phenomenon called the let out, and it wasn't just people coming out of the bars when they shut down, but people would actually come downtown, especially under age folks 16,17 couldn't get into the bars, and they would come down to party and to hangout," explained Mayor Eric Papenfuse.

To keep people safe, the city's cracked down on 2nd Street.

"We're closing down second street. We're allowing taxis and cabs to get through, and we're encouraging people, not to carry the party into the streets, but go home safely," added Mayor Papenfuse.

"I sent the message on my Facebook: 'Anybody who likes my food, come early,'" said Mohamad Ali, the owner of New York Gyro.

"I have a message for the people: when you come in the fun, in the 2 o'clock hour, and you make a mistake, that mistake comes onto me. When you come here, please don't fight. I don't know why you people are fighting," said Ali.

The mayor apologized to Ali for the earlier closing time. An employee at Taco Solo says he's noticed a change since the crackdown too.

"People start to go home right after everything's shut down instead of coming to eat," said Will Daniel, at employee at Solo Taco.

Sales there haven't been affected though; he's just not sure how much additional policing helps.

"Most people, I don't think, when they're drinking they see the police. When they get into a little conflict with somebody, they're just going to do what they do anyway," added Daniel.

Some restaurants, like Aroogas, hired additional officers for weekend nights, telling Fox 43 it's been a positive experience so far.

"That philosophy is a win for everyone because it's more a team philosophy. It's looking at the overall big picture, and that's what I'm talking about maybe taking to other parts of the city," said Papenfuse.

There will be another meeting in a few weeks with city officials and representatives from restaurants, bars, and other food establishments on 2nd Street, no confirmed date yet, though.