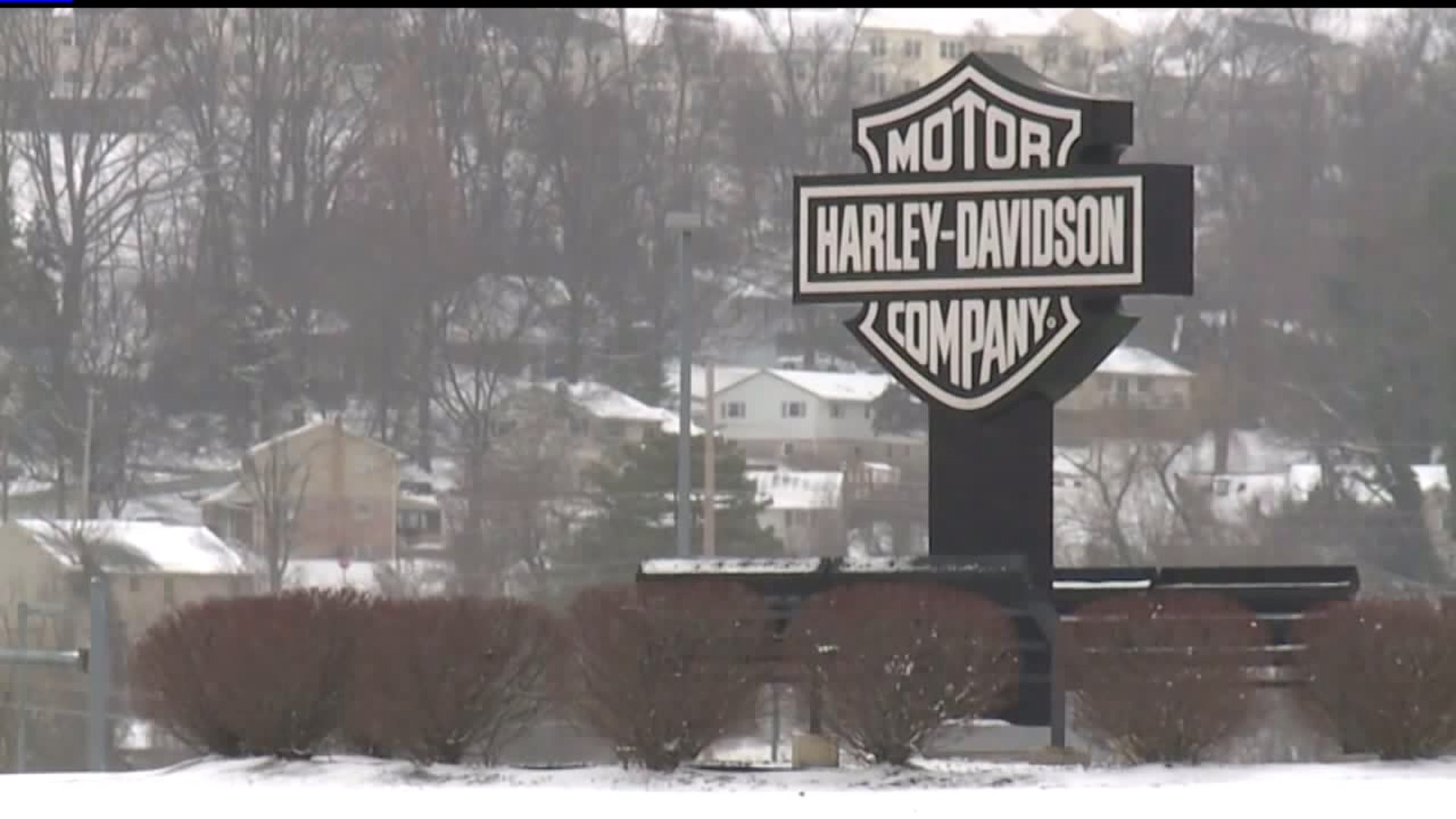 The company announced plans to consolidate production and move operations from its Kansas City, Missouri plant to York County.

The news brings mixed emotions to union members as nearly a thousand jobs are at stake in Kansas City.

In an unusual turn of events, Kansas City’s loss is York County’s gain.

What a difference a year makes.

In April 2017, Harley-Davidson announced more than 100 layoffs as it planned to move its Softail motorcycle production to Kansas City. Now, less than a year later, the company plans to close the Kansas City plant and consolidate production in York County.

York County Economic Alliance president and CEO Kevin Schreiber said "this is exciting news for York County. Certainly all of central Pennsylvania should be happy, and really proud of this news that Harley announced."

The announcement comes after a series of layoffs at the Springettsbury Township plant reduced the workforce from 2,000 employees to about 800 over the last decade.

"It’s certainly great for our workforce. It’s good for our economy, and hopefully this seems to be the right decision for Harley. It’s going to better position them to continue their growth, and ensure that they’re operating at optimum level," Schreiber said.

Schreiber believes York County may have had a few advantages over Kansas City.

"Because of the investment in technology, the skilled labor force that we have, and our geographic proximity, and the fact that we know that you can send us your raw material, and we can manufacture it and ship it across the globe," Schreiber said.

Meanwhile, the amount of jobs saved in York County is a mixed blessing for machinist union president Robert Martinez Jr.

While overall revenue is up, Harley-Davidson has reported a drop in income as both U.S. and international sales are down. Consolidating the two plants could save the company up to $75 million a year.

"Eighteen percent of our labor force is in advance manufacturing. That’s nearly twice the state and national average. So, in terms of models of excellence, I think we are one. That really positions York cCunty to receive this investment, and we know that we’ll do a good job with it," Schreiber said.

It could have a ripple effect beyond the walls of Harley-Davidson’s Springettsbury Township plant.

Harley-Davidson expects to add about 450 full and part-time jobs at the Springettsbury Township plant. Meanwhile, the Kansas City, Missouri plant is expected to close by July 2019.