CARLISLE, P.A. — A photo of Dickinson College students at a Halloween party has created controversy as some say it is racially insensitive. In a Facebook ... 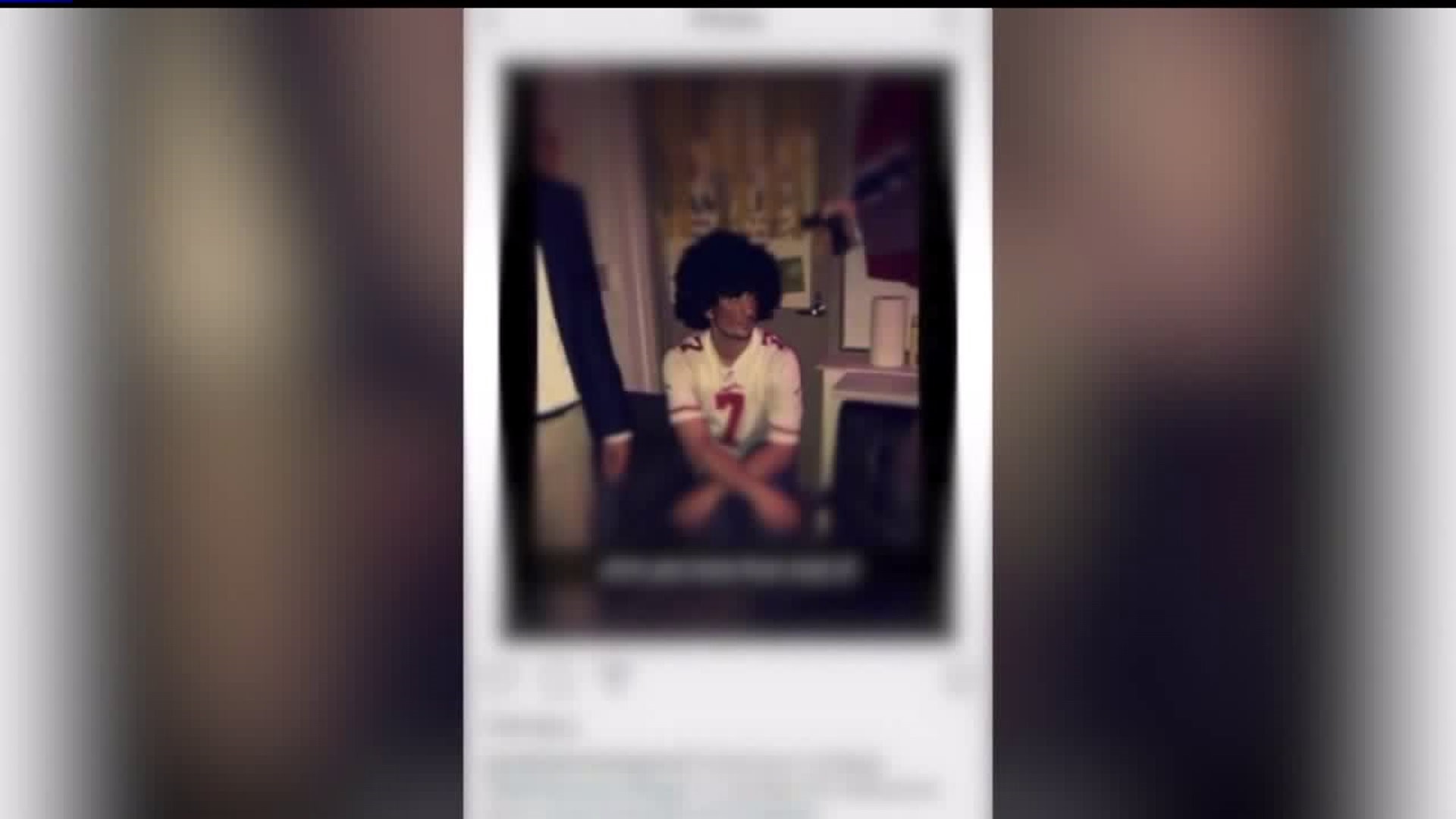 CARLISLE, P.A. --- A photo of Dickinson College students at a Halloween party has created controversy as some say it is racially insensitive.

In a Facebook post Sunday, which can be read here, Joyce Bylander, Dickinson College Vice President and Dean of Student Life, addressed students after becoming aware of the photo.

Kaepernick is credited with starting the kneeling during the national anthem protest for racial equality that is now widespread in the NFL.

In the top right corner of the photo, someone appears to be holding a gun.

"It definitely doesn't belong on any college campus, that everyone is equal and should be treated equally, as such," said freshman student, Carter Vaughn.

In the statement, Bylander says the costume and image were "deeply offensive and reflected the exercise of very poor judgement."

She continues to say that "we must all understand this action, however distasteful, is a form of free expression."

"It needs to be evaluated more when it is putting another group of people down and kind of taking away the context of which something is being said," said freshman student Danielle Paz.

Bylander asked students to "answer speech with speech" to find "how individual choices can have a negative impact on other community members."

Some students believe that's a better course of action than a suspension or probation.

"It's every students job and everybody's job to make sure that they know that it's something that's not accepted," said Vaughn.

"I do think it is something we need to pay attention to and that, as a community, it would be our fault if we didn't assess where it came from and how we can make Dickinson a better and safer place because of it," said Paz.

Dickinson College officials say they are investigating the gun seen in the photo.

They say guns, real or fake, are prohibited from campus.