Guests react to a fire at a Lancaster County resort

MANHEIM TOWNSHIP, LANCASTER COUNTY,Pa. — Investigators are looking into what caused a fire to break out at a popular Lancaster County resort. Officials are on t... 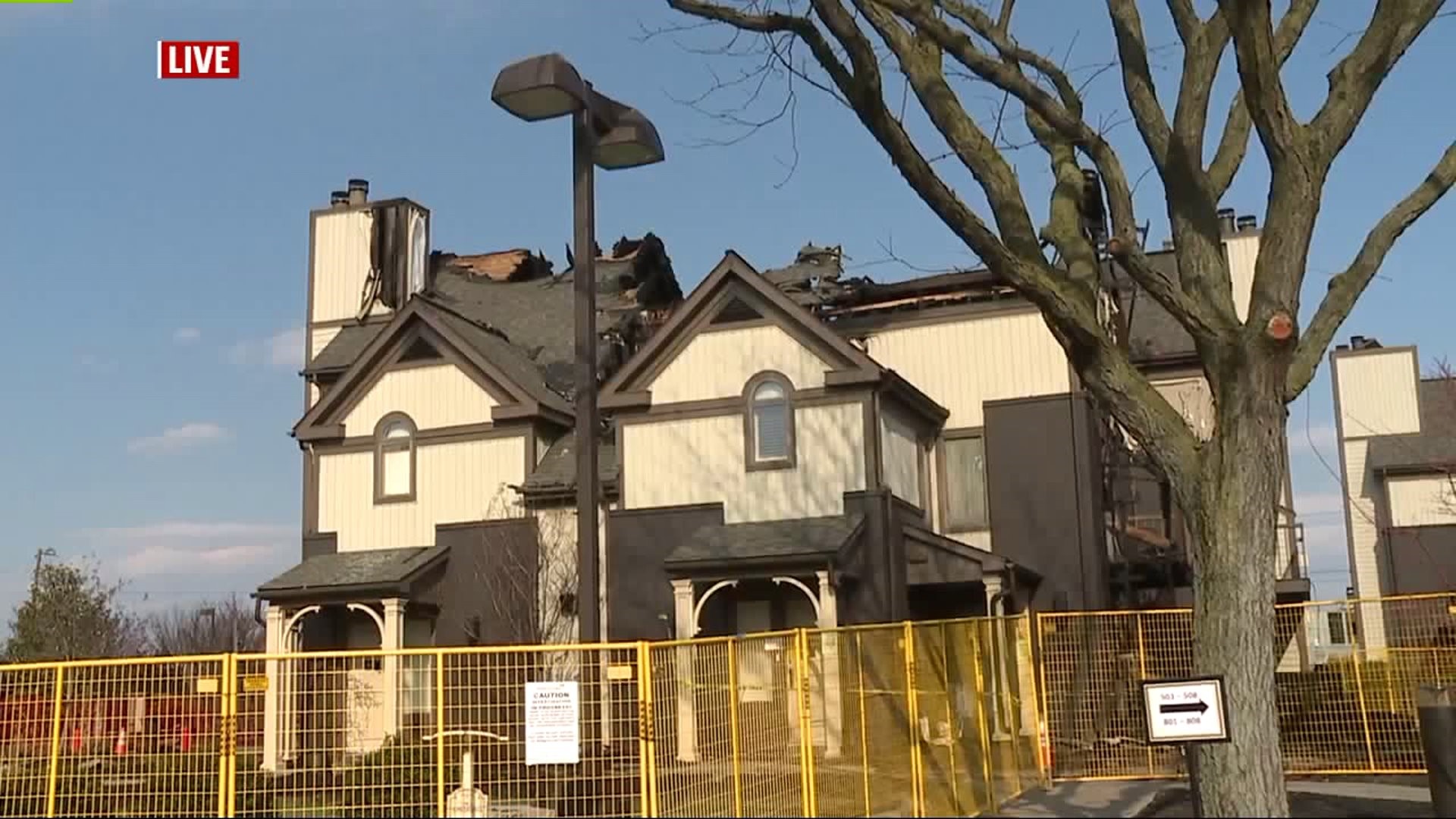 MANHEIM TOWNSHIP, LANCASTER COUNTY,Pa. — Investigators are looking into what caused a fire to break out at a popular Lancaster County resort.

Officials are on the scene searching for clues and talking with guests Wednesday to determine a cause.

The damage is contained to villa 400. The main hotel is just a few steps away but it was left untouched.

However, a few guests staying near the fire were shaken up.

Hotel guest Patti Jo Bailey was staying in a villa next to the fire. “I got a phone call from from the front desk, they alerted me that there was a fire, and to get out of the room immediately. I came out, and by that time, I saw the embers coming up over the roof,” Bailey said.

Hotel guest Maria Galla said “we just grabbed our coats and bare feet, and he didn’t have a coat and stood out here and it was kind of crazy.”

The sight of flames and fire trucks is one that shocked both eden resort guests and managers to see 9:30 Tuesday night.

Hotel guest Larry Galla said “we just came down the exit steps, and it was burning.”

Eden Resort and Suites managing partner Stephen Sikking said “when I saw the flames, that was a great concern, because I’ve not had that situation before.”

“Ironically, when I first called to get my room for this conference, they wanted to put me over there. I said last night, when I said 'no, put me in the main hotel rooms, so I’m not having to be outside if I don’t need to be.'  I told him, I said ‘woo, good thing we were over here,’” Maria Galla said.

Eight units in the villa were damaged, and although six of them had guests staying there, no one was injured.

“Even though they were occupied, the guests weren’t in the rooms at the time, so everybody left very quickly that were in the rooms,” Sikking said.

“I’m glad everybody got out safe, that was the main thing, the firemen did a good job of getting everything under control,” Larry Galla said.

“Very thankful that nobody at all was hurt, and you know what, you can replace clothes, and purses, and tablets, but you can’t replace your life,” Maria Galla said.

The Eden Resort is a Lancaster County landmark, a popular site for wedding receptions and making memories.

The hotel presently is hosting a conference for members of PALA, the Pennsylvania Assisted Living Association.

The fire will not put any current or future events on hold.

“Not at all. Nope, we just keep going on,” Bailey said.

“It will cause no disruption for anyone, and I would be really shocked if anybody even noticed that it occurred,” Sikking said.

The dollar amount of damage caused by the fire is unknown, although resort management said the villa was recently renovated inside and out.