Growth of sinkholes in Lancaster

LANCASTER, Pa. – If you have had a sinking feeling recently, it might be from the growth of sinkholes in the Red Rose City. Aging sewers and pipes are being bla... 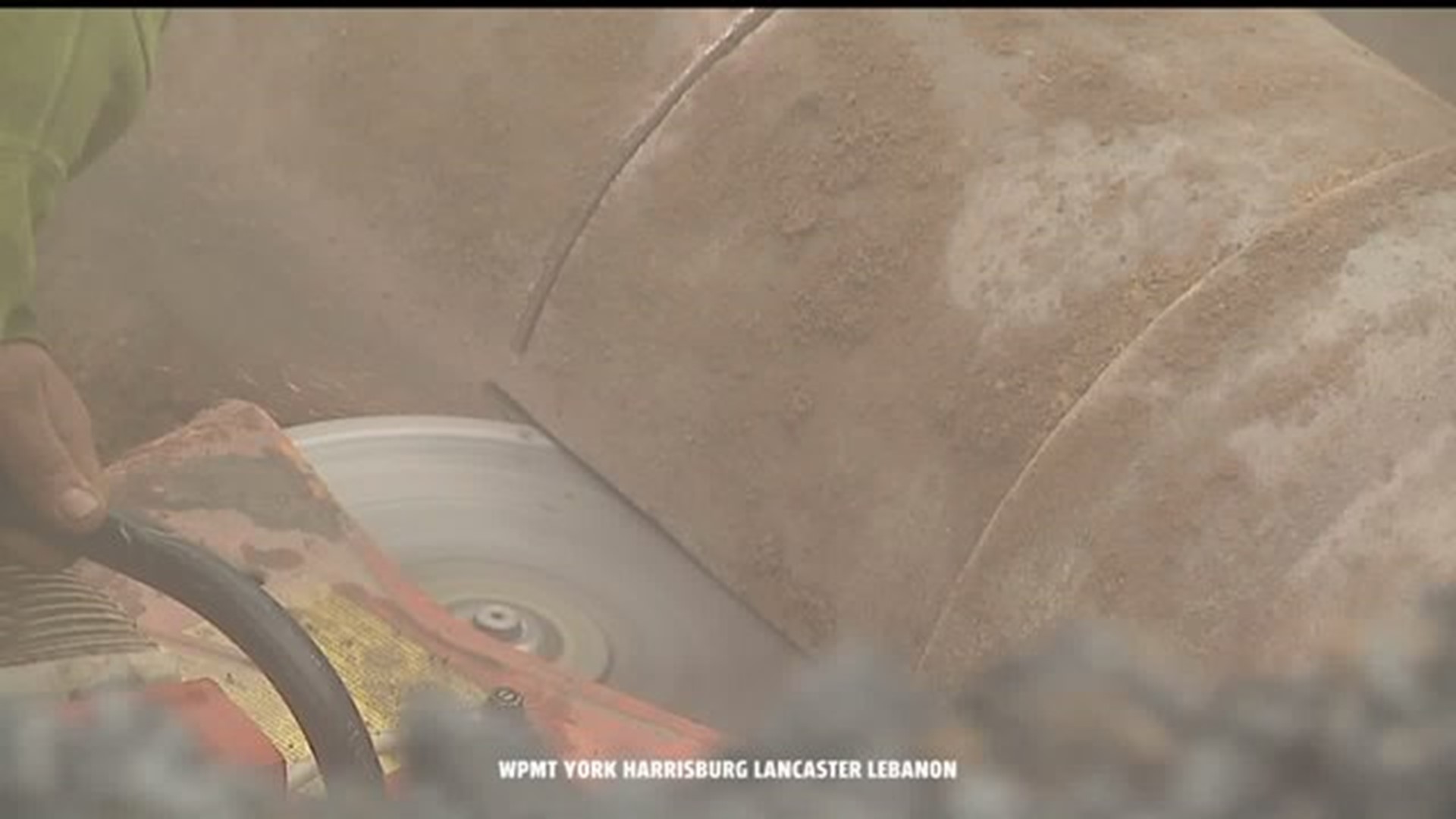 LANCASTER, Pa. – If you have had a sinking feeling recently, it might be from the growth of sinkholes in the Red Rose City.

Aging sewers and pipes are being blamed for a large increase in the number of sinkholes in Lancaster.

“Our infrastructure is definitely getting older and the utilities are beginning to collapse a lot more frequently,” Charlotte Katzenmoyer, Lancaster’s public works director, said.

Multiple sinkholes have popped up this week. On Tuesday, a city fire truck had to be towed out of one after one of the back wheels got stuck.

City leaders were relieved that didn't end up any worse. Fire crews on-scene told us replacing it would have cost around $800,000.

“If he had been parked even two or three feet behind where he was, he would have gone down into that sinkhole a lot further and there would have been damage to the fire truck,” Katzenmoyer said.

Couple the covering of sinkholes with ongoing road work on Lancaster streets and drivers are making sure to take extra time on the roads.

“There's always one lane closed no matter which way I go,” Cindy Schlosser, who owns an art gallery in downtown Lancaster, said. “If you know the little shortcuts, that helps.”

City officials also blame the increase in sinkholes on the harsh winter earlier this year. Thawing from those cold temperatures has made the soil more unstable. People say they are taking extra care as a result.

“I know it happens,” Jules Schrader, who is visiting Lancaster, said. “If there's a huge one, it may worry me a little bit, but they all seem not too monstrous.”

“The sinkholes are going to happen a lot around here, so it is worrisome for the sake of the car, but it's not something that's totally foreign to the area,” Jeffrey Wolfthal, a driver, said.