Growing concern about homeless population at parks in Lancaster 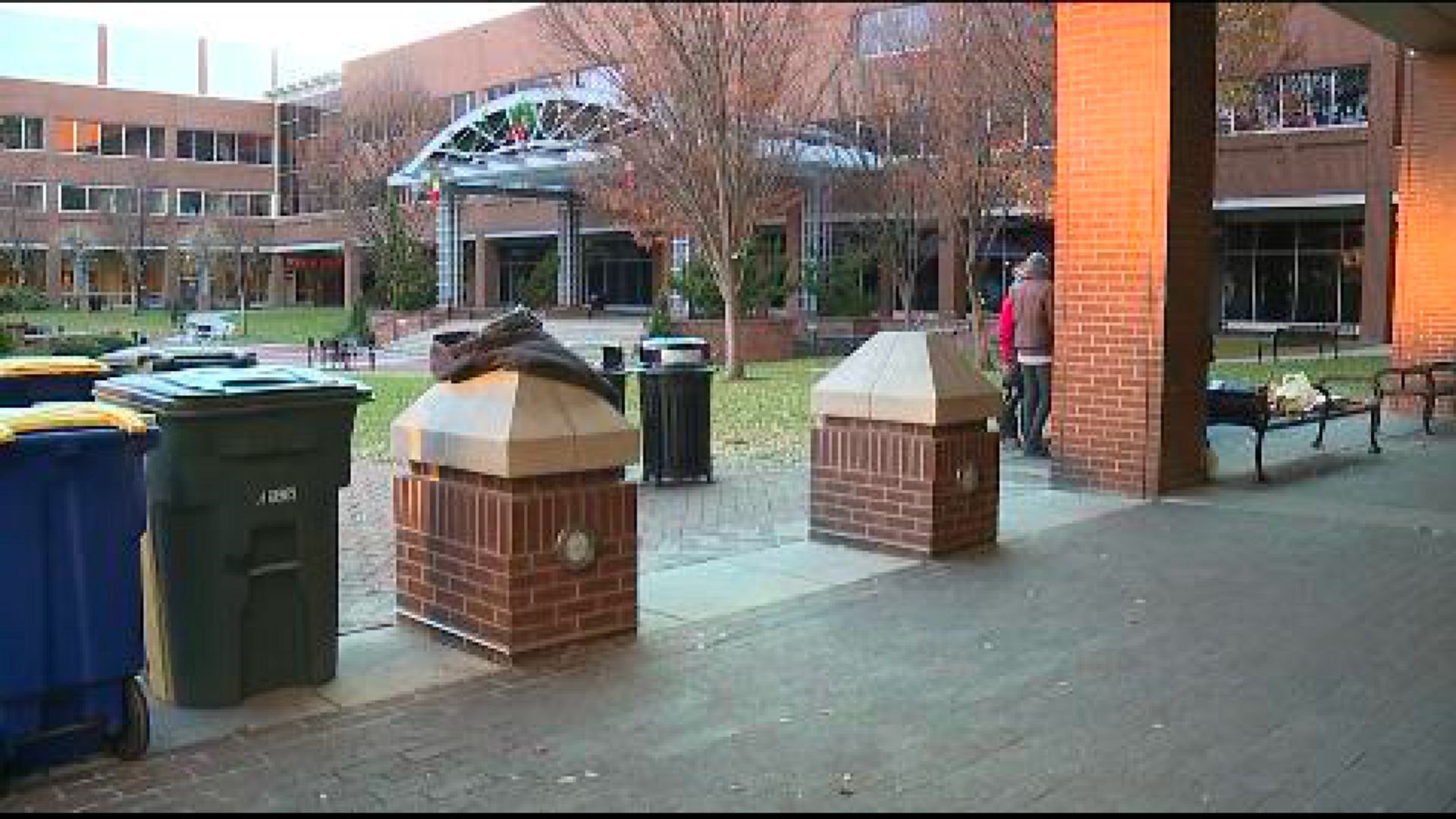 Lancaster Bureau Police and other first responders saying they're called to parks just about every night.

Officials say they're seeing an increase in reports of drug use, trash, and other disturbances at the parks.

Binn's Park is one of a few places where homeless people hangout and even sleep.

It's covered, people in the city bring food throughout the day, and there's vents on the ground, keeping the homeless warm at night.

It's not exactly home, but for some without a permanent place to live in Lancaster, they say it's all they have.

"Mainly, I hang out here basically for the heat, and sometimes, mainly, a lot of people here for the food. Sometimes, I can't support myself for food. I hold my money to get a room or try to stay with somebody," said Sisco of Lancaster.

Sisco says he takes whatever job he can get but can't always find shelter.

"Like the Water Street Mission, if you're trying to be in the program you have to quit your job to stay there," he said.

The problem is, though, the homeless aren't actually allowed to be staying at the park.

"There are posted hours. You can't be in a public park after 10 p.m. and before 6 a.m. We have people sleeping in the parks, and we have to deal with that enforcement effort," said Lt. Bill Hickey, the public information officer with Lancaster Bureau of Police.

"The congregation is not nearly as bad as the fact that there is drug use. There's some increased police calls for drug use, possession, and selling among that group," said Matt Johnson, chief of staff for the mayor.

"I mean, I could probably walk down to Binn's Park right now, and I might come across someone who has or is coming out of a high right there, it happens all the time," said Lt. Hickey.

Lt. Hickey says a lot of the people hanging out at the parks are using synthetic marijuana, known as 'K2' or spice, and it's both a danger to those using it and the people around them.

City officials say many of the people at the park are refusing the proper help.

"It's sort of a stubborn population, people who have been presented with options, but who don't necessarily take them," said Johnson.

"Lancaster County has no shortage of availability and programs to help people. They just want to have to do it," said Lt. Hickey.

People do try to help the men and women at the parks, dropping off food and clothing.

City officials say they appreciate the effort, but it's not the best way to support the homeless.

Officials say, if people want to help, they should connect with a shelter, one that has resources to help those in need.

Lancaster 2-1-1 is a free, confidential service that connects homeless to resources.

Here's a list of shelters and who they can help in Lancaster.