HARRISBURG, Pa. — Pennsylvania’s budget officially became law in July, but the General Assembly has yet to come up with a way to pay for it. Some pe... 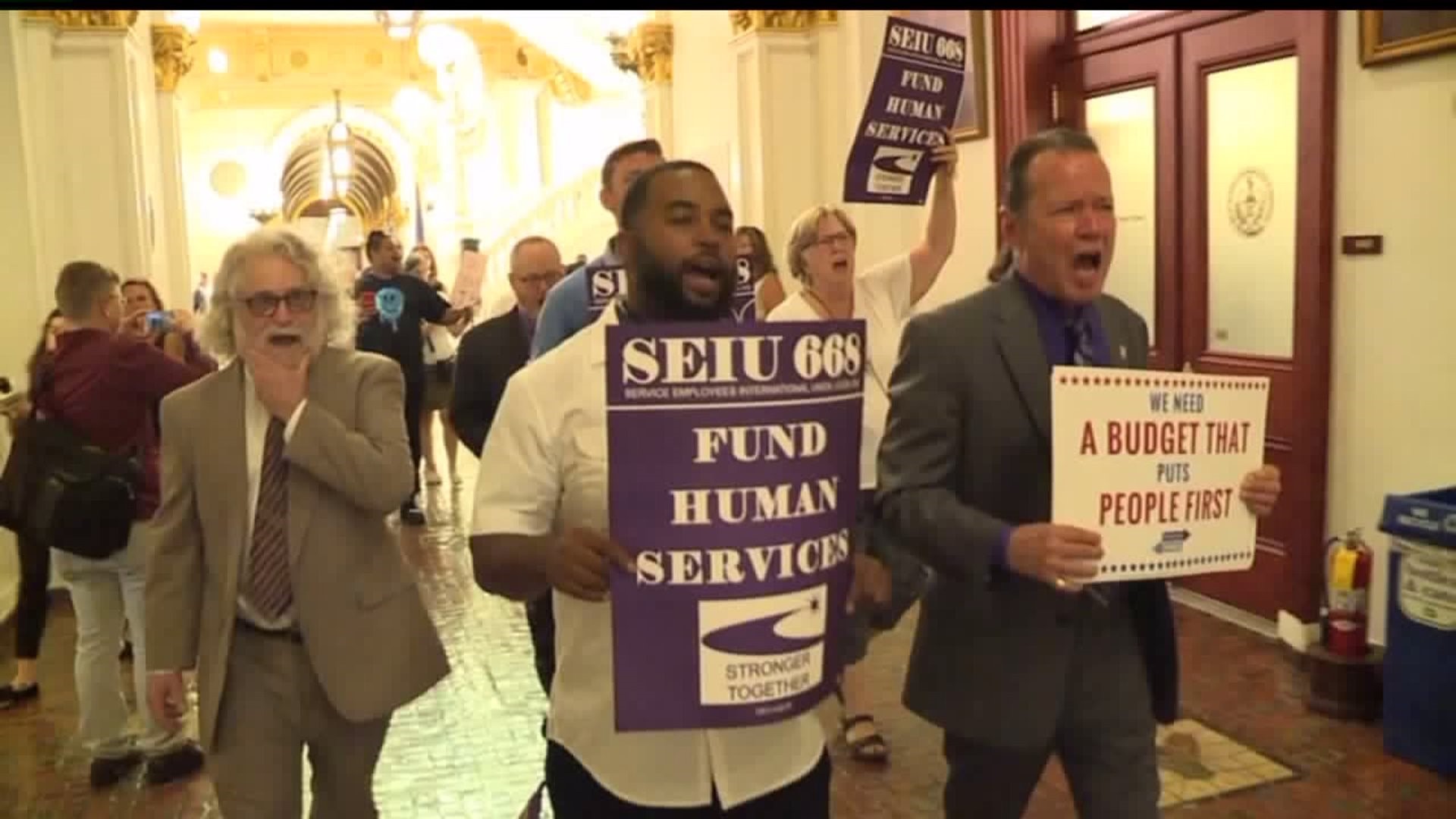 HARRISBURG, Pa. -- Pennsylvania's budget officially became law in July, but the General Assembly has yet to come up with a way to pay for it.

Some people who are frustrated with the lack of a state payment plan are also worried it could lead to a loss of crucial funding.

The state treasurer cites that by mid-September, Pennsylvania's General Fund could be $1.6 billion in the hole.

Many are concerned about what happens next if the state doesn't dig itself out of it.

Pennsylvanians frustrated with the lack of a state spending plan march onto House speaker Mike Turzai's office while chanting "do your job, do your job."

Representative Turzai (R-Allegheny) wasn't available today to respond to the call for action, but the director of the Pennsylvania Budget and Policy Center, Marc Stier, has his own ideas on how to cover a $2 billion budget shortfall.

Pennsylvania's spending plan became law on July 1, 2017, even without a decision made to figure out where all of the money will come from. Fast forward to August 21, 2017, and not much has changed.

It's concern for the state treasury department.

That funding came in the form of a short term loan. Tuesday, the state treasury lent the General Fund $750 million dollars which is to be paid back one week later, on Wednesday.

It's somewhat of a payday loan that the state gave itself from the Treasury department, the state's bank.

"Money moves in and out of the General Fund throughout the course of the year. It's really a cash flow problem on some level. So we expect that the commonwealth government will be able to repay the money into the fund," Stollsteimer said.

"There are only really two places where there is a lot of flexibility. You can't cut Medicaid without losing federal funds. You can't open the doors to the prisons. You can stop funding human services. You can cut funding to education. Those are the places that always get hurt, and that's what we're afraid of," Stier said.

A spokesperson for House speaker Turzai said House members "do their job every day."

He said state government is still operating, and adds that House members and leaders continue to work on ways to resolve the budget funding plan.