Grocery giver– Man picks up the tab for people in need

E.Manchester, Pa.- One East Manchester man was at the end of his rope after a rough couple of years. He has found happiness by giving to others and he’s d... 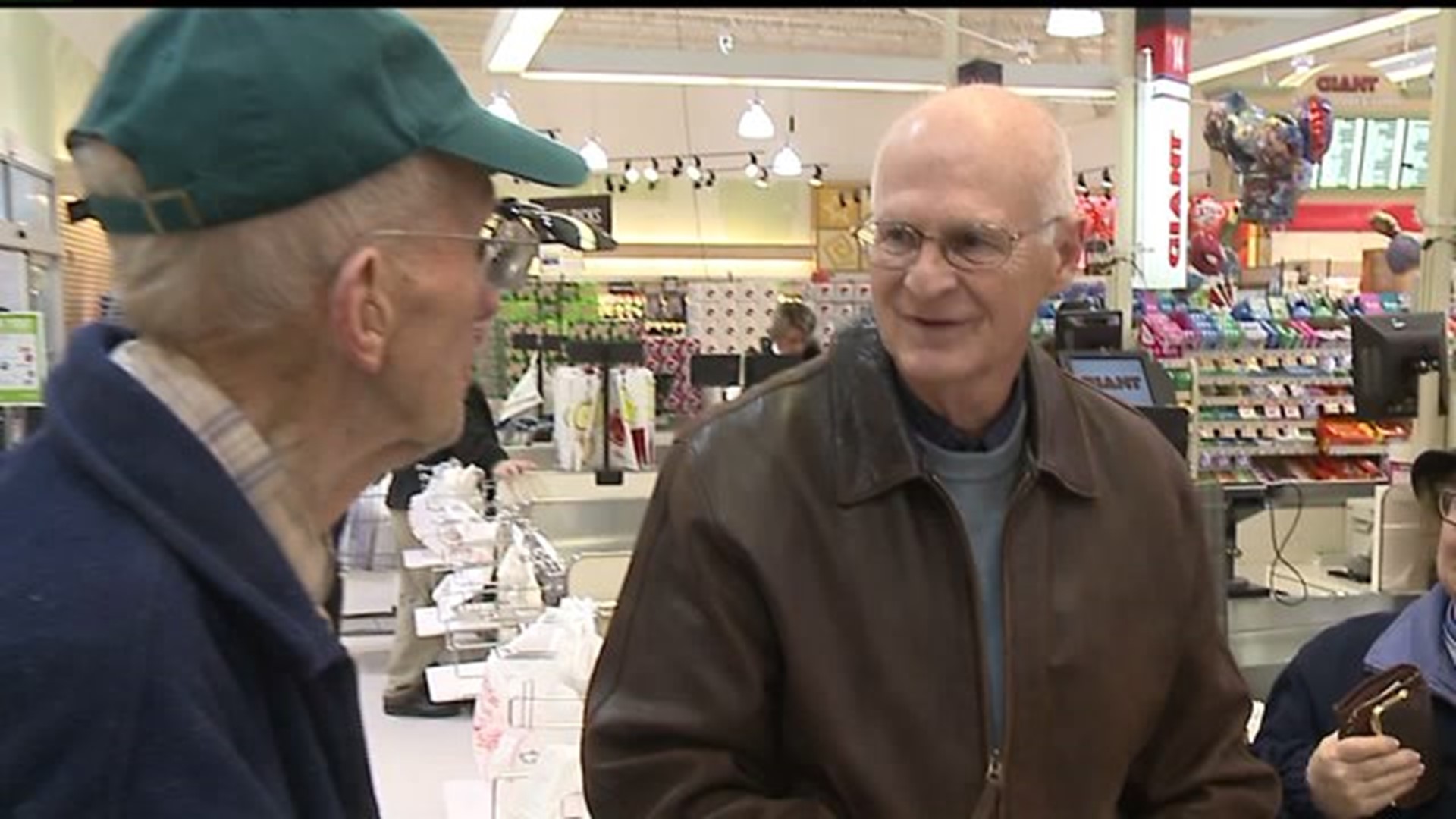 E.Manchester, Pa.- One East Manchester man was at the end of his rope after a rough couple of years.

He has found happiness by giving to others and he's doing it with a simple nod, that's how Terry LaFaver makes a stranger's day.

"I don't call it paying it forward, because I know the people I'm picking won't be able to pay it forward."

He says he just nods to the cashier, "they know that means I'm paying for that person."

That person is hand-picked as they are strolling through the aisles of the East Manchester Giant Food store.

Terry says, "you never know what the person that you're getting for-- what their life is like."

Terry generally looks to pick up the grocery tab for those who need assistance to get around, or elderly couples.

"I don't call it paying it forward, because I know the people I'm picking won't be able to pay it forward."

While Terry does not do this for recognition, his selfless acts are not going unnoticed.

The manager of the Giant store, Gary Cottingham is a big fan of what Terry is doing, "Terry is just phenomenal you know, he's really touched a lot of folks hearts here in the store."

While in line, he walks up and hands money over to the cashier-- picking up the tab. He tells the woman who he is buying for, "I just want you to have a nice day."

She responded with "well that's very nice but you shouldn't be doin' that."

But you see, Terry does it in order to keep moving forward... In one of his darkest days, his neighbors actually thought he had committed suicide because he was so depressed. A short time later, Terry found his calling.

He says, "maybe he's got more in store for me than what I think, and I think i should start giving back to people."

He stresses you don't have to spend money to make people happy or to be an influence.

Sometimes, Terry says- just opening the door for someone or saying thank you makes a difference... and sometimes, all it takes is a simple nod.

One man who Terry bought groceries for says there is one way to describe Terry... "he's an angel. Yep. That's all he could be-- an angel."

Terry also buys lunch anonymously at a local cafe in east Manchester-- and during the holidays he bought as many toys as he could to hand out to kids at giant. Terry adds something new to his giving plate each year, so you never know where you will see him next!

He lives off his retirement and half a pension, and plans to continue giving until he can't anymore.