HARRISBURG, Pa.– It’s all the fun of bringing the great outdoors inside. The farm show complex in Harrisburg is hosting the nine day outdoors show, ... 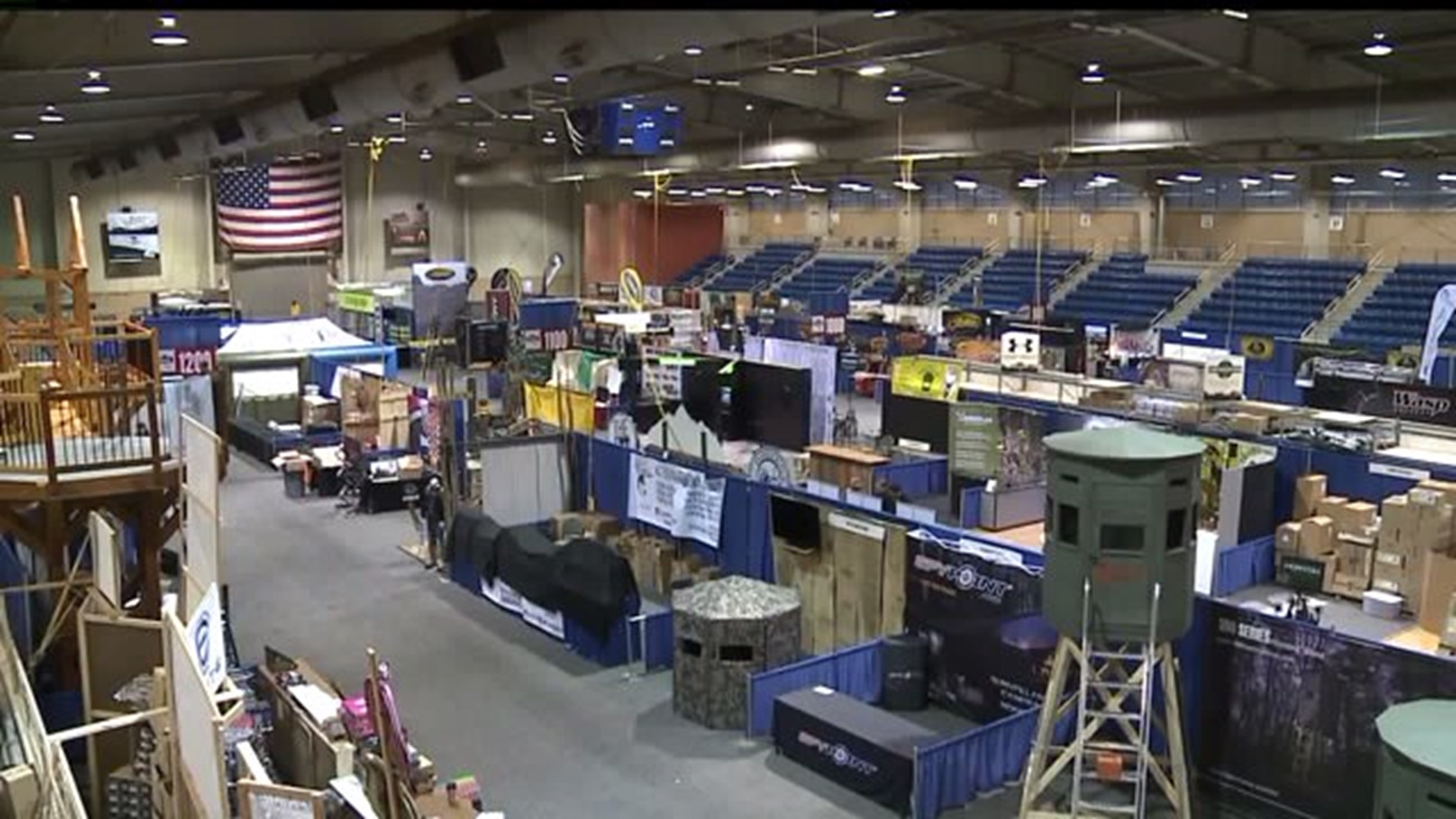 It's all the fun of bringing the great outdoors inside. The farm show complex in Harrisburg is hosting the nine day outdoors show, the largest in the world.

"When the NRA won the rights to the show, we said we were going to make this a national destination, a national show," NRA director of marketing and media relations Jeremy Greene said.

He said the event will bring more than 200,000 people to the complex and about $73 million to the Greater Harrisburg Area.

Rick Dunlap, director of public relations for the Hershey Harrisburg Regional Visitors Bureau said the number is incredible. He said 76% of hotels booked in the area are for the event.

In the farm show complex will be more than 1,100 vendors.

Newcomer Ben Rohweder of Fishbone Tackle came all the way from Florida.

"At nine days long, this is the biggest show I've ever seen," he said. "Most of them are 4 maybe 5 some even less."

As for guns, people can order them from certified dealers. The orders will be picked up at an off site location.

The show starts on Saturday and runs throw the 14th. Tickets range anywhere from $6 to $22. If you purchase a NRA membership, you will have free admission.