WEST MANCHESTER TOWNSHIP, YORK COUNTY, Pa. — UPDATE (May 7): The fire was ruled accidental and was attributed to careless smoking. PREVIOUSLY: One person ... 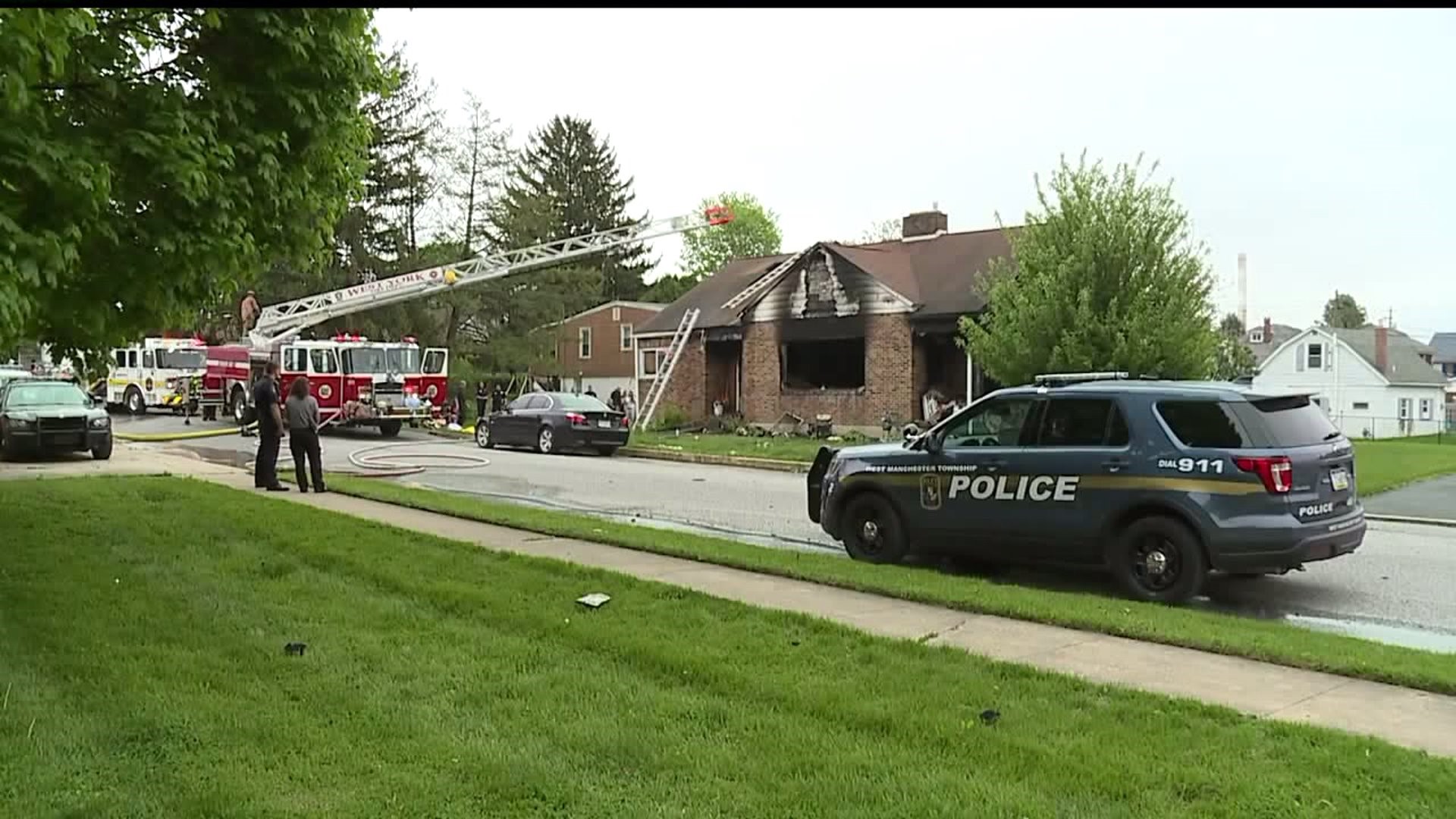 WEST MANCHESTER TOWNSHIP, YORK COUNTY, Pa. -- UPDATE (May 7): The fire was ruled accidental and was attributed to careless smoking.

PREVIOUSLY: One person is dead after a fire rips through a York County home.

It happened on West Philadelphia Street in West Manchester Township around 12:30 p.m. on Wednesday.

Officials say when they arrived, the fire had already consumed most of the home.

She was in a chair in the front living room area unable to move due to her disability.

Three other family members who were there, able to get out safely.

"I was trying to get to my grandma, that was my main concern," said Cierrah Aponte, granddaughter of victim.

Aponte says she was in the basement with a friend when she heard noises coming from upstairs and decided to walk up and open the door to the main floor.

"I felt the knob was hot so I kicked it open  and all I saw was black smoke and my aunt screaming," said Aponte.

Aponte was able to get out through a basement door.

73-year-old  Linda Aponte was unable to walk and relied on oxygen.

Family members tell FOX43 they were trying to get to her through the front door but had no luck.

" I just started kicking it and kicking it and it wasn't doing anything and then I saw flames coming out of the front window and I just knew it was over by then. There was nothing anyone could have done," added Cierrah Aponte.

According to officials  when they arrived, the fire had already consumed most of the home making it hard to get her out.

"She was really hardworking until she became disabled and she really held this family together," said Aponte.

Fire officials continue to investigate as they work to determine a cause.