DAUPHIN COUNTY, Pa. —  A family from Dauphin County, who embraced their priest and welcomed him into their lives, is among the victims in the grand jury r... 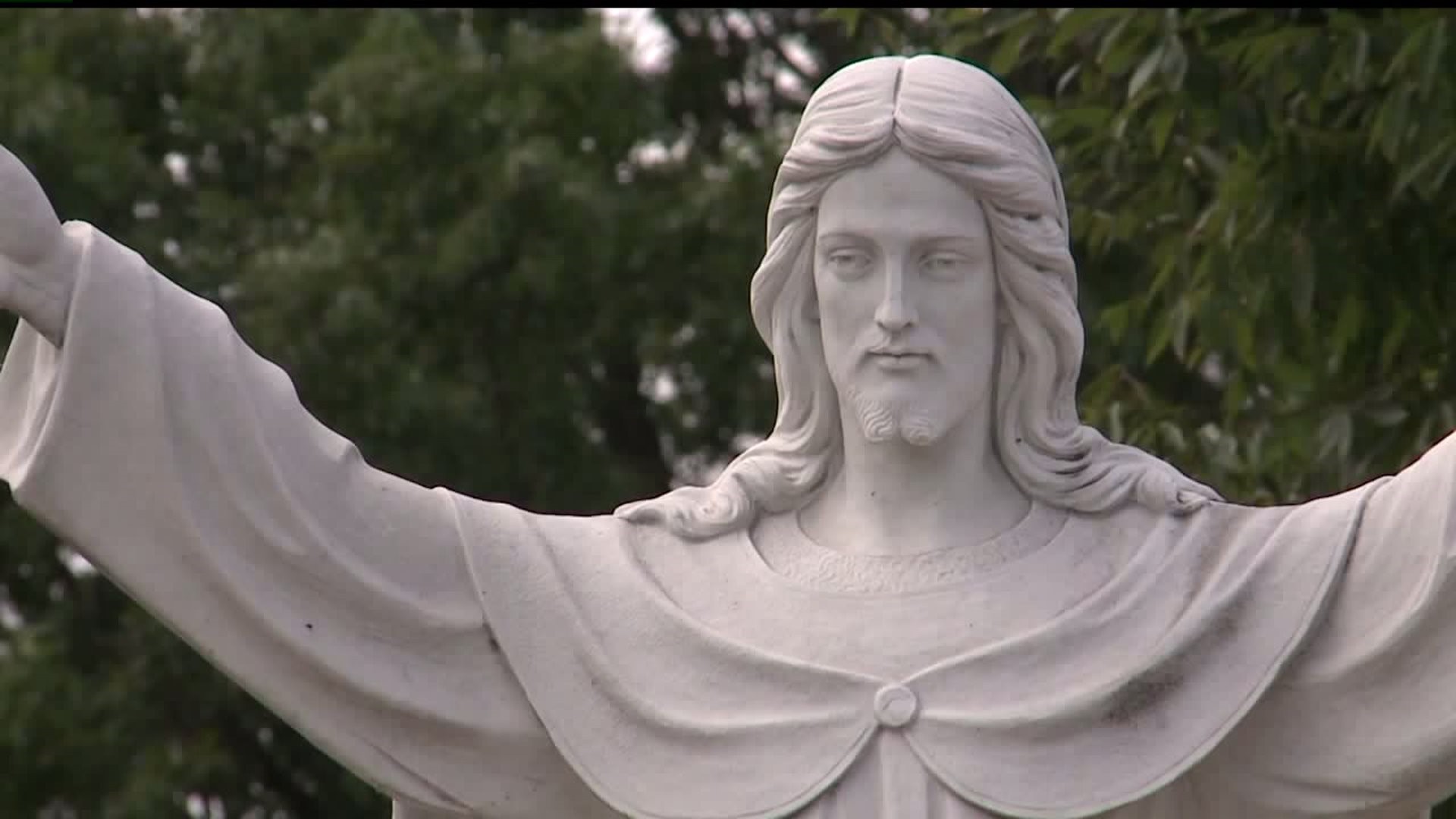 DAUPHIN COUNTY, Pa. --  A family from Dauphin County, who embraced their priest and welcomed him into their lives, is among the victims in the grand jury report released Tuesday afternoon.

The Pennsylvania Attorney General told the story of abuse this afternoon.

A family of 9, who lived in Dauphin County became close with their priest, Father Augustine Giella, when he became assigned to St. John the Evangelist Church in Swatara Township.

The grand jury report says he immediately began abusing 5 of the sisters.

One of those women explained the emotional and psychological damage she experienced following the release of the report.

"The word God just makes me think of him, and I just..." Carolyn Fortney trails off.

"I was in my diaper and ran right to him," she said.

The priest, assigned to her family's church in 1982, almost immediately began sexually abusing her according to the Grand Jury Report.

Giella would go on to take advantage of other children at the former Bishop Mcdevitt High School on Market Street in Harrisburg.

"In 1987, a teacher at Dauphin County's Bishop McDevitt High School, reported to the principal that Giella was watching a young girl as she used the bathroom," said Pa. Attorney General Josh Shapiro.

The principal at the time reported the abuse to the Roman Catholic Diocese Of Harrisburg, and according to the Grand Jury Report was "instructed to do nothing in the case until the matter had been discussed with diocesan legal counsel."

"Over the next five years, the diocese took no action to remove Giella from ministry, chose not to inform law enforcement, the family, or parishioners," explained Shapiro.

It wasn't until 1992 that law enforcement became involved, after one of the victim's confided in her family, who told the church and authorities.

Police searched his home and confiscated a young girl's underwear, plastic containers with pubic hairs, viles of urine, and photos of girls in sexually explicit positions.

Counsel for the diocese apologized to the victims and their families Tuesday afternoon after the the grand jury released their report.

"We'd say this bishop at the time, and on down, apologizes for instances like father Giella and how it was handled. They know the hurt those people caused is real, and they're sorry for it. They want people from this diocese to know, something like that will never happen again," said Matt Haverstick, Counsel for the Diocese of Harrisburg.

Giella was arrested in 1992, more than a decade after he allegedly started abusing children.

His crimes never went to trial; he died awaiting his day in court.

The grand jury concluded in their report: Giella's abuse could've been stopped much earlier if the Diocese of Harrisburg had acted on the original complaint.

The family never had been able to tell their story, barred from speaking by a confidentiality agreement until the report was released.