YORK, Pa. —  Within the grand jury’s report, jurors list a handful of cases where law enforcement knew of child sex abuse but didn’t do anythi... 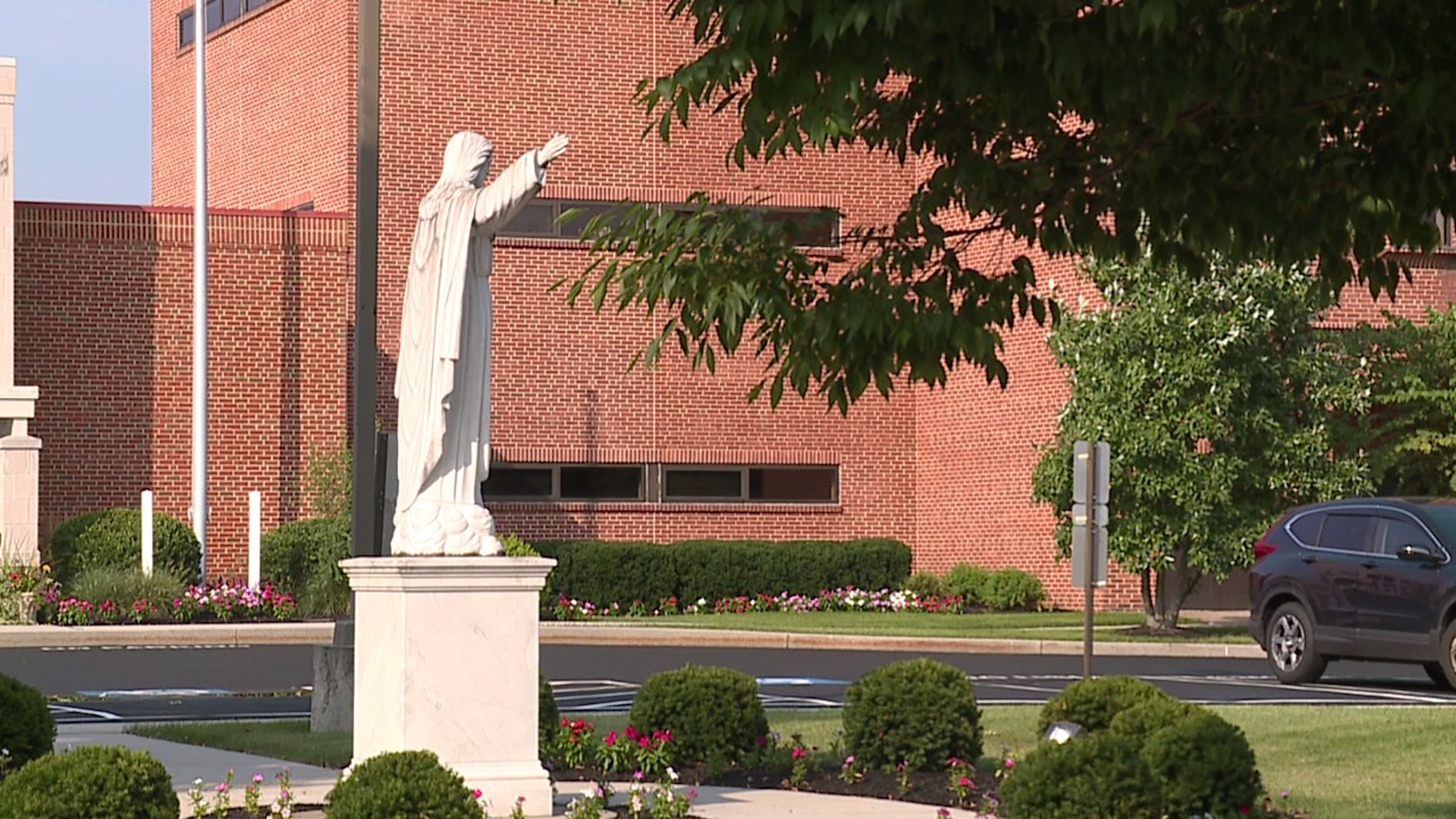 YORK, Pa. --  Within the grand jury's report, jurors list a handful of cases where law enforcement knew of child sex abuse but didn't do anything.

In York County, the Diocese Of Harrisburg handed over physical evidence to the York County District Attorney's office, but no charges were ever filed.

In 1995, the former district attorney and an assistant DA sat with diocesan legal counsel, according to officials.

Even though that evidence was brought to light, the accused, Reverend Shank previously told FOX43 authorities never approached him.

"There was never any point you were ever approached or had a conversation with law enforcement?" asked FOX43.

"No, if they spoke to anyone, they spoke with my lawyer," added Shank,

Most recently, he served at St. Rose of Lima in York.

Shank's accused of molesting young boys and photographing them half naked for over a decade, some of the abuse dating back to the early 1970's.

According to the report, multiple victims came forward to the Diocese Of Harrisburg and Father Paul Helwig wrote multiple memorandums about the photos.

In February of 1995, more than 20 years after the abuse allegedly began, the diocese turned over photo negatives and video cassettes taken by Shank to the York County District Attorney's Office, then located on East Market Street.

"Did you ever have a conversation with the York County District Attorney's Office," asked FOX43.

According to the report, the diocese also disclosed the name of one of the victims in the photographs and offered to identify others.

In 2017, agents from the office of the Attorney General in Pennsylvania spoke with the York City Police Department about the 1995 report.

A police officer allegedly told those agents Shank recorded TV shows on the tapes and spliced himself assaulting young boys in the middle.

According to the grand jury's report, the officer said, "the victim made it clear he would not testify."

The report then states the diocese shipped Shank out of the area for therapy.

FOX43 contacted the York City Police Department about the report, but no one has gotten back to us yet.

The York County District Attorney released a statement about this case, saying: "We find the information contained in the attorney general's grand jury report highly disturbing and the acts detailed therein reprehensible. Like many of you, we are just receiving this information and are in the process of reviewing each of the alleged incidents that occurred in York County as detailed in the report.  We will conduct this investigation with due diligence, as we do with all matters that come before us.  When additional information is gathered, we will certainly release that information in accordance with the Criminal History Records Information Act (CHRIA), Pennsylvania’s Right to Know Law (RTK) and our ethical duties as prosecutors."

Counsel for the Diocese Of Harrisburg says current reports of child sex abuse are handled much different now than decades past.

"The church today is out of the investigation business. It gives it to the law enforcement professionals to investigate immediately, and it doesn't matter how old or how frankly how incredible the claim is. If there's a claim of child sex abuse that comes in the church, it gets investigated immediately," said Matt Haverstick, counsel for the Diocese of Harrisburg.

Not only did we contact the current district attorney's office, FOX43 reached out to Stanley Rebert, the York County District Attorney in office in 1995. His wife answered and said they have no comment at this time.