HARRISBURG, Pa. – Governor Tom Wolf vetos a bill that would have expanded a program allowing families to chose schools that fit their needs. The governor ... 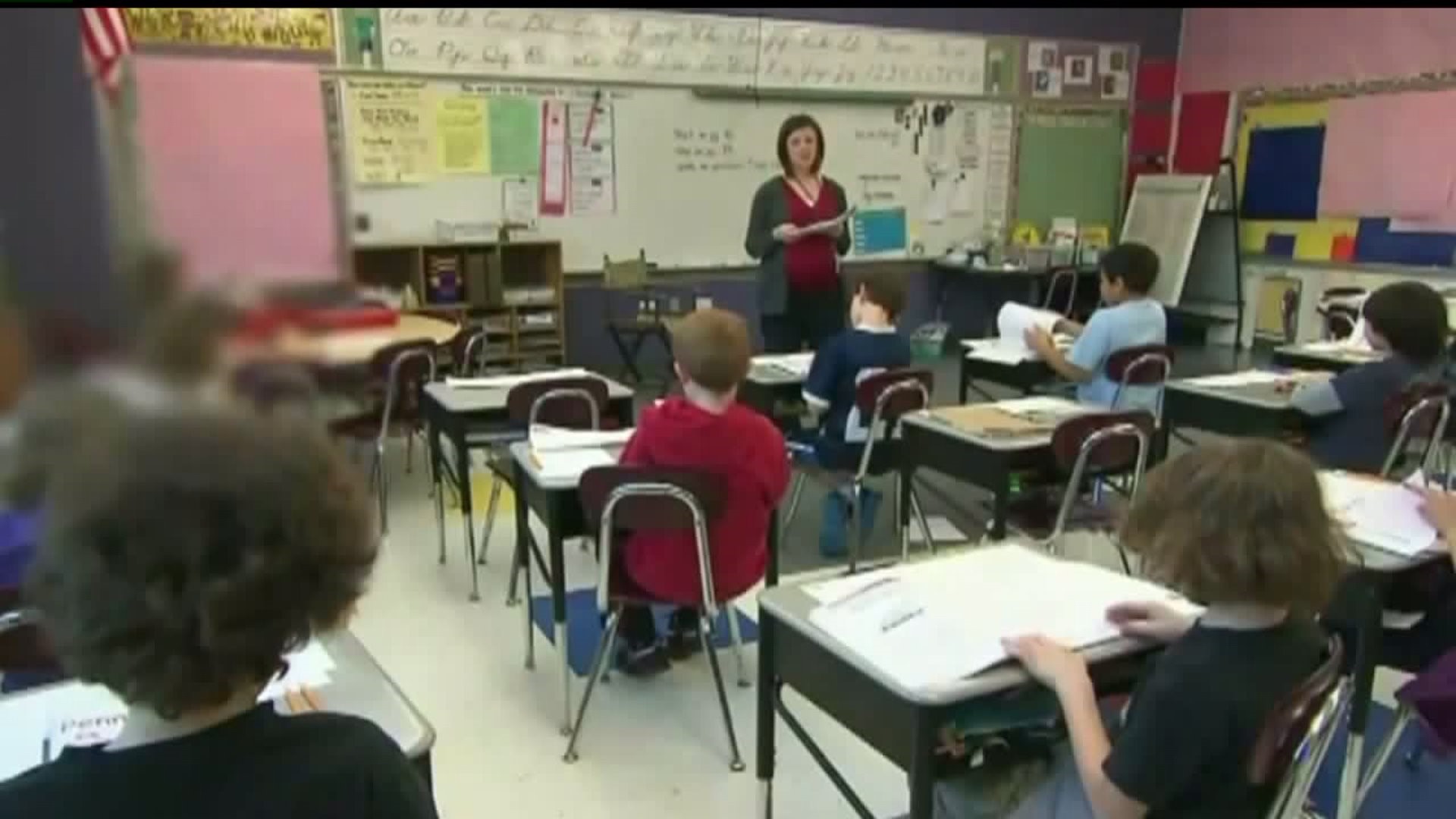 HARRISBURG, Pa. - Governor Tom Wolf vetos a bill that would have expanded a program allowing families to chose schools that fit their needs. The governor says, he could not support the program while public schools remain unfunded.

House Bill 800 would have increased the amount of tax credits available under the Educational Improvement Tax Credit program by about $100 million. The program currently gives scholarships to thousands of Pennsylvania families allowing them to choose a school that best fits their needs.

"It helps a lot of students in failing areas," said Nathan Benefield, Commonwealth Foundation Vice President and COO. "Where the public school isn't doing very well, or simply need a different type of education. It gives them that power to choose their school, best school that fits their needs."

Under the current program, businesses donate money to scholarship organizations, which then give them to students to attend private school. Businesses donating money receive a tax credit for that donation. Benefield supported HB800.

"The governor's veto is very puzzling because he kind of makes it an either or, like, 'hey this doesn't give money to public school,'" said Benefield. "But, there's a budget debate going on right now where they expect to give another $450 million to school districts, and the governor is shaking his head at $100 million tax credit scholarships for private school doesn't make sense given how much funding he has directed at school districts."

Governor Wolf does not believe in expanding the program while public schools remain unfunded. He says:

Pursuant to Article IV, Section 15 of the Pennsylvania Constitution, I am returning herewith, without my approval, House Bill 800, Printer’s Number 1676.

The General Assembly and I are working very hard to adequately fund public education in this Commonwealth. The goal is to have an accountable system in place, and it is my belief that our current system is not funded sufficiently.

This legislation prompts a serious question: why would the Commonwealth allow for the expansion of the Educational Improvement Tax Credit (EITC) that supports private institutions while our current public-school system remains underfunded? We have public schools that are structurally deteriorating, contaminated by lead, and staffed by teachers who are not appropriately paid and overstretched in their responsibilities. Tackling these challenges, and others, should be our collective priority.

The EITC lacks proper accountability and oversight, and little is known about the educational outcomes of students participating in the program due to a reporting loophole in the current law. Even less is known about the scholarship organizations that retain up to twenty percent of each dollar that is supposed to pass through them and are subsidized heavily by taxpayers. Additionally, House Bill 800 seeks to increase the maximum annual household income limit to $95,000, further deserting the program’s original core principle.

I am also deeply concerned by the drastic escalation of the cost of this tax credit program. Initially, the annual cost of the tax credit program will be enlarged by $100 million. Clearly, this is a considerable amount of revenue. Then, there are the automatic increases to the total amount of the program. According to the Department of Revenue, the amount of General Fund revenue that will be lost over the next five years on account of this bill is over $650 million. This is a staggering sum in a relatively short period of time without a single dedicated revenue source.

Simply stated, the EITC program envisioned by House Bill 800 strays from the original stated intent of the program – to lift people out of poverty – and fails to provide any additional accountability or oversight for the tax dollars being expended.

For the reasons set forth above, I must withhold my signature from House Bill 800, Printer’s Number 1676.

The general assembly did not meet the two-thirds of votes needed to override the governor's veto. That means they would have to negotiate with the governor on this bill to get it signed into law.