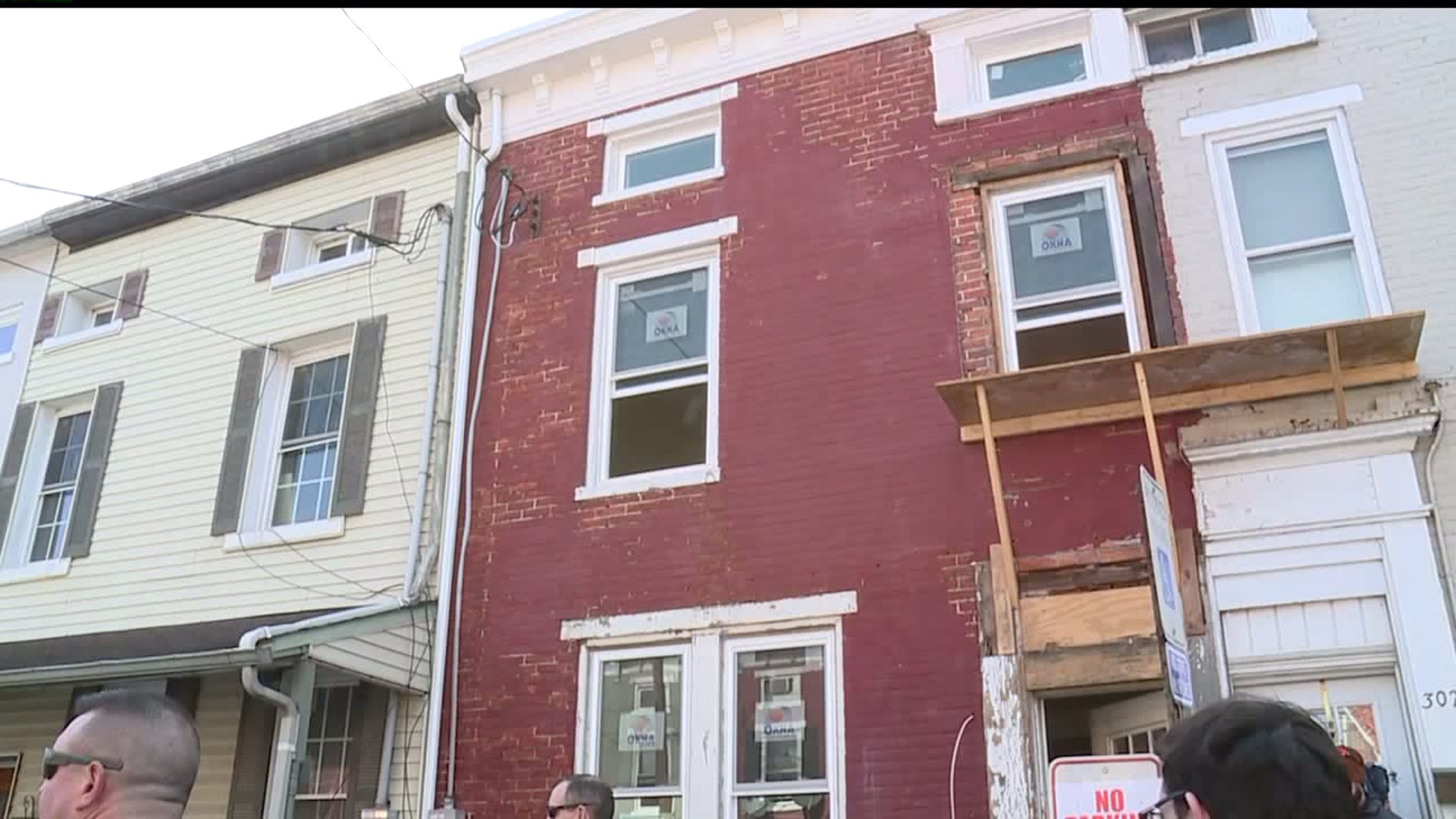 “These are exactly the kinds of places that we need to hold onto and restore and rehabilitate. Make it so that young families, people want to come back to places, good places, like Columbia," said Gov. Wolf.

He is pushing his 'Restore Pennsylvania' plan, which proposes to generate $4.5 billion over four years through a new severance tax.

The goal of the plan is to spread revenues across the commonwealth for projects including storm preparedness and fighting blight.

“It would be something that is very different from anything the state has done before because we’re not saying ‘Here’s what we want you to do with this.’ This is ‘4.5 billion dollars, what would you like to do with it?’ In Columbia, you’d like to fix up houses and streets that have problems with blight," said Gov. Wolf.

Lisa Riggs, president of the Lancaster County Economic Development Company, said the Columbia area needs not only financial resources, but attention from lawmakers to promote the historic value of its properties.

“We’d really be looking for these funds to come in and bring out the best of what the community already has. We don’t need to clean slate anything. Everything is already here but it does need help," said Riggs.

She said there is "momentum" in Columbia for new people and small businesses looking to move into the area.

However, she said the costs of some of the building renovations is too high, thus holding those plans up.

“You get a couple of buildings that can get renovated because we’ve brought in some lower cost options to fix the buildings, you’re going to see more people moving in. That demand, that interest is already here. Right now, Columbia is foregoing some of that because they don’t have the right tools in place," said RIGGS.

Gov. Wolf said Wednesday he believes there is bipartisan support for 'Restore Pennsylvania' funding in the legislature.

He said if a severance tax plan can be approved in the next couple months, funding could start coming into the plan by the end of this year or early next year.