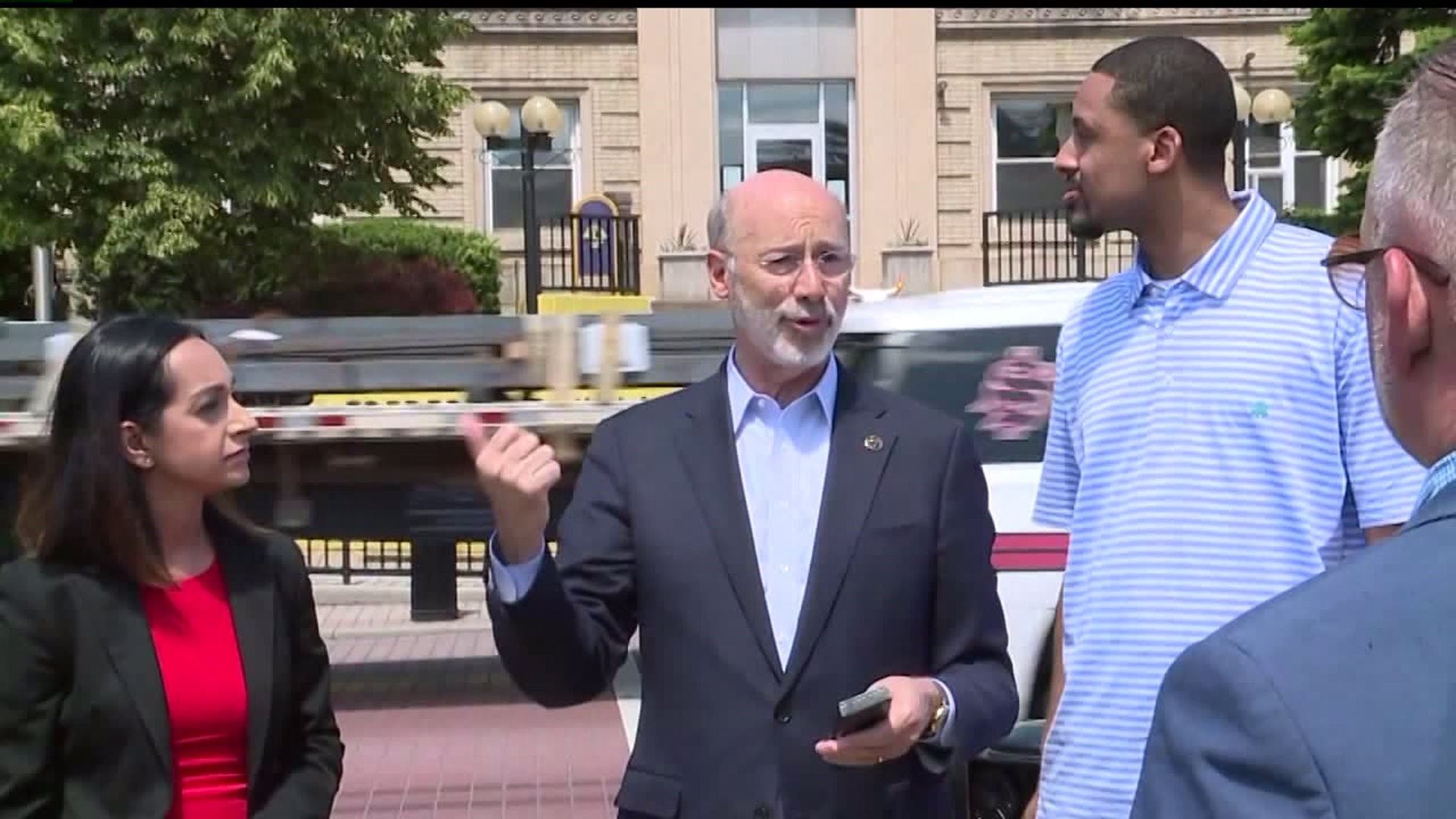 On Tuesday, he is making a stop at the Hershey Lodge in Derry Township to meet with the PA State Association of Boroughs.

While at the Hershey Lodge, Gov. Wolf will be discussing with the borough members how his plan will provide boroughs with funding for infrastructure improvements.

Gov. Wolf hopes to implement his $4.5 billion plan to Restore PA over the next four years. He says from fixing roadways, to restoring blighted properties, and making sure areas are less prone to flood damage -- that every community deserves better.

He first laid out his infrastructure plan back in January.

Some officials who already back Gov. Wolf say his plan consists of high impact projects that we need throughout the commonwealth in terms of technology, infrastructure, and development. While others who are not on board, saying his multi-billion dollar plan will end up costing a lot more and be a major financial burden on PA residents.