HARRISBURG, Pa. –Pennsylvania Governor Tom Wolf (D) throws the state’s unbalanced budget a lifeline, and it’s still not enough to make up for ... 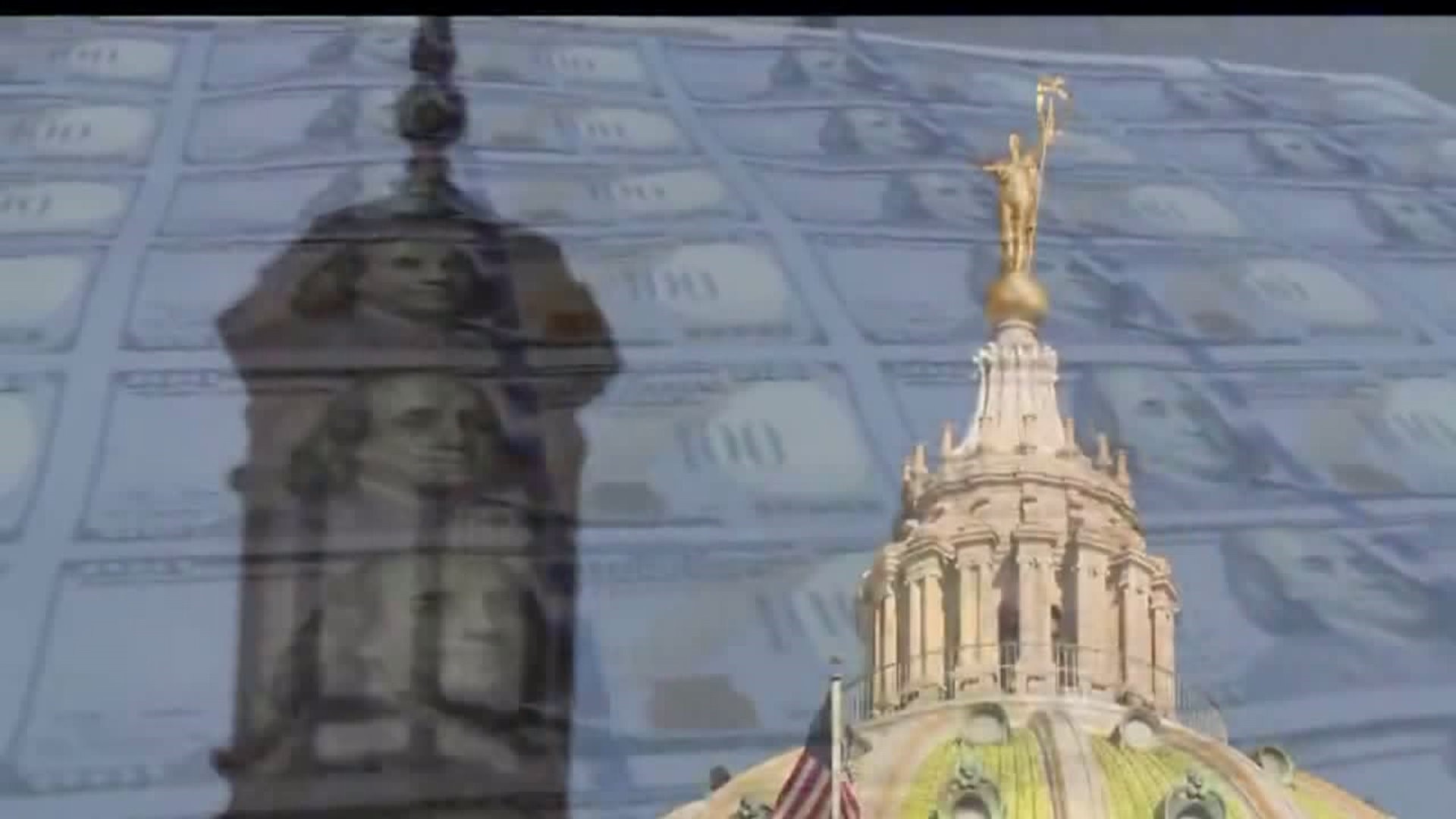 HARRISBURG, Pa. --Pennsylvania Governor Tom Wolf (D) throws the state's unbalanced budget a lifeline, and it's still not enough to make up for the $2 billion dollar shortfall.

Nearly 100 days after the the General Assembly's spending plan became law without the governor's signature, the state has yet to figure out how to pay for everything in it.

The governor's plan to borrow money from the Pennsylvania Liquor Control Board would cut the budget shortfall in half, leaving the General Assembly to find another billion dollars to close the gap, but the divide on whether to raise taxes or cut spending takes the state back to square one.

Gov. Wolf said "House Republicans have again proven themselves incapable of completing their constitutional duty. So, I'm going to manage the finances of the commonwealth, until the House sees fit to do what it's supposed to do."

Wolf said he's now taking matters into his own hands to make up for the state's $2.2 billion budget gap. Part of that plan includes trimming government services, and borrowing $1.25 billion from the Liquor Control Board.

Pennsylvania Budget and Policy Center director Mark Stier said "if they can float this bond issue based on Liquor Control Board revenue, they'll be able to pay for most of what is in the current year budget. They won't be able to pay for the things that haven't been appropriated yet, which are really important."

"I hope the Republicans are now going to feel some pressure from people who support those institutions, and from people who recognize the importance of higher education in this state, to make those appropriations and to fund them," Stier said.

The governor continues to push a tax on natural gas drilling, while House and Senate Republicans are divided on attempts to raise money through hotel or warehouse taxes . State Rep. Stephen Bloom told FOX 43's Matt Maisel that it doesn't matter to him if new taxes are a Democrat or Republican idea.

Rep. Stephen Bloom (R-Cumberland County) said "I don't like the idea of targeting growing industries like the tourism industry in Pennsylvania, warehouses and distribution, or energy production with special penalty taxes, when we desperately need those jobs. We don't want to chase them away."

Instead, Bloom would prefer to tap unused state surplus funds rather than taxpayers.​

"I'd much rather see us use that, before we enact any kind of a budget that's going to go back to the hard working taxpayers and say we need to take more out of your wallet," Bloom said.

Until the budget is fully funded, some may wonder if this last ditch effort by the governor to take control is too little, too late.

"It's a democracy, with equal branches of government. The governor doesn't have the power to hit Republicans over the head and say 'wake up to reality.' Only the voters have that power," Stier said.

Even if the governor is able to move forward on his plan to borrow money from the Liquor Control Board, the one-time solution still doesn't solve the state's ongoing problem of spending more money than it makes.