York, Pa.  —  An elderly York man was saved by good samaritans from a burning car on Saturday.  It happened around 11:30 a.m. on North George and West Mar... 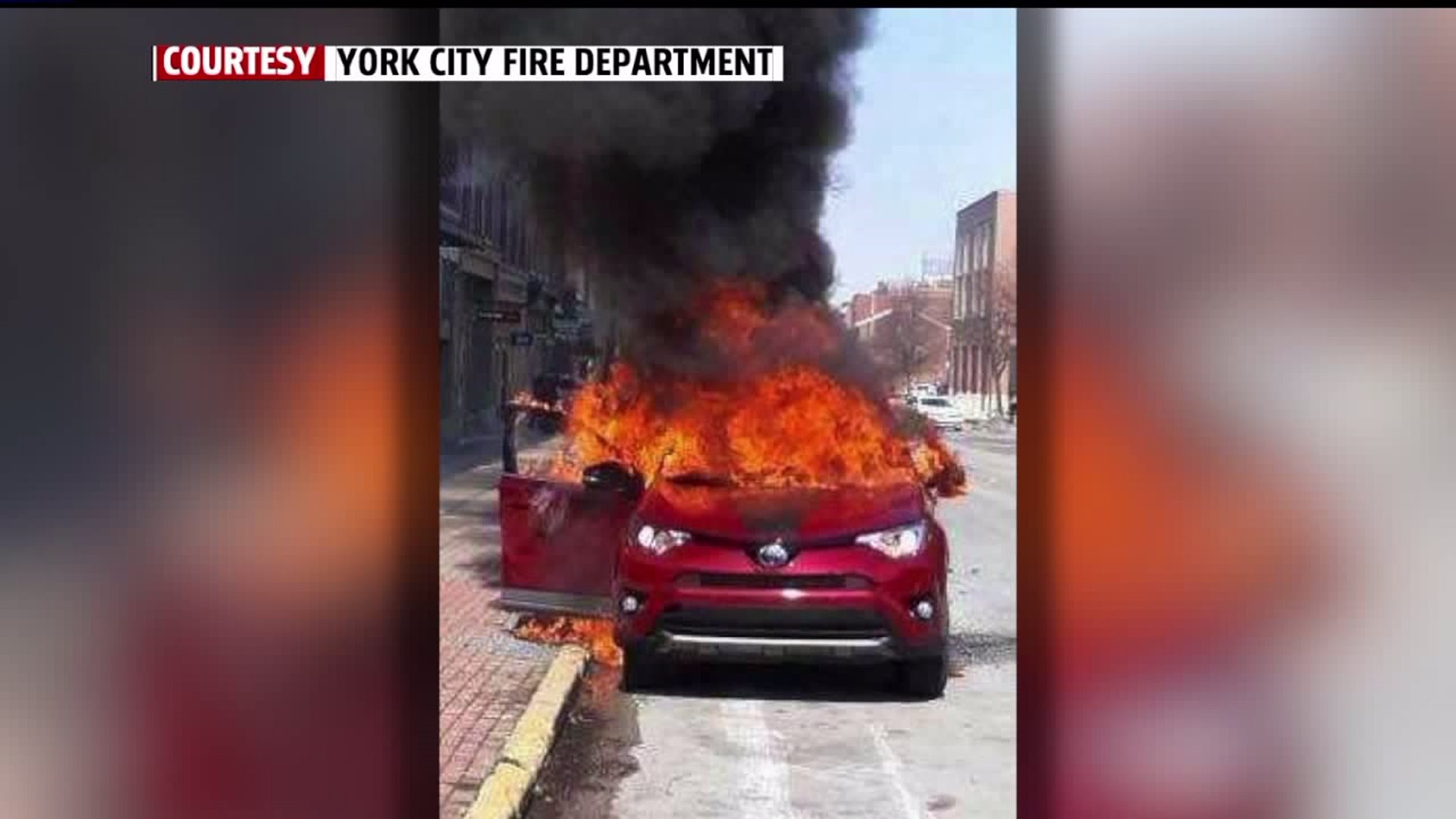 York, Pa.  --  An elderly York man was saved by good samaritans from a burning car on Saturday.

It happened around 11:30 a.m. on North George and West Market Street.

Employees from a nearby restaurant, Iron Horse York and people driving by all jumped into action.

He said he ran outside  and realized a man was inside the red car.

“His seatbelt was stuck I was trying to get the seatbelt unhooked and he is telling me no no no go get some water," said Elia.

With a fire extinguisher in hand he says he was trying to put the flames out as someone else that had stopped their car to help, cut off the mans seatbelt.

Together, a group of people helped to pull the man out of the car.

“I was trying to get his legs to stop burning because his pants were on fire," added Elia.

York City Fire officials say they are crediting those who took a risk and came to the mans aid.

“If it wouldn’t of been for the good samaritans that stopped to help and the employees here we would have had a completely different outcome on this incident," said Chief Chad Deardorff.

West Market Street was closed for about an hour while fire crews battled the flames.

York City Department of Fire/ Rescue Services Chief Chad Deardorff says the fire was caused by a "lit smoking material" that was dropped by the driver in the vehicle.

The driver was taken to WellSpan York Hospital and is currently in the intensive care unit.