YORK COUNTY —  The Easterseals of Western and Central Pennsylvania are one of the over 300 non-profits collecting donations during Give Local York on Frid... 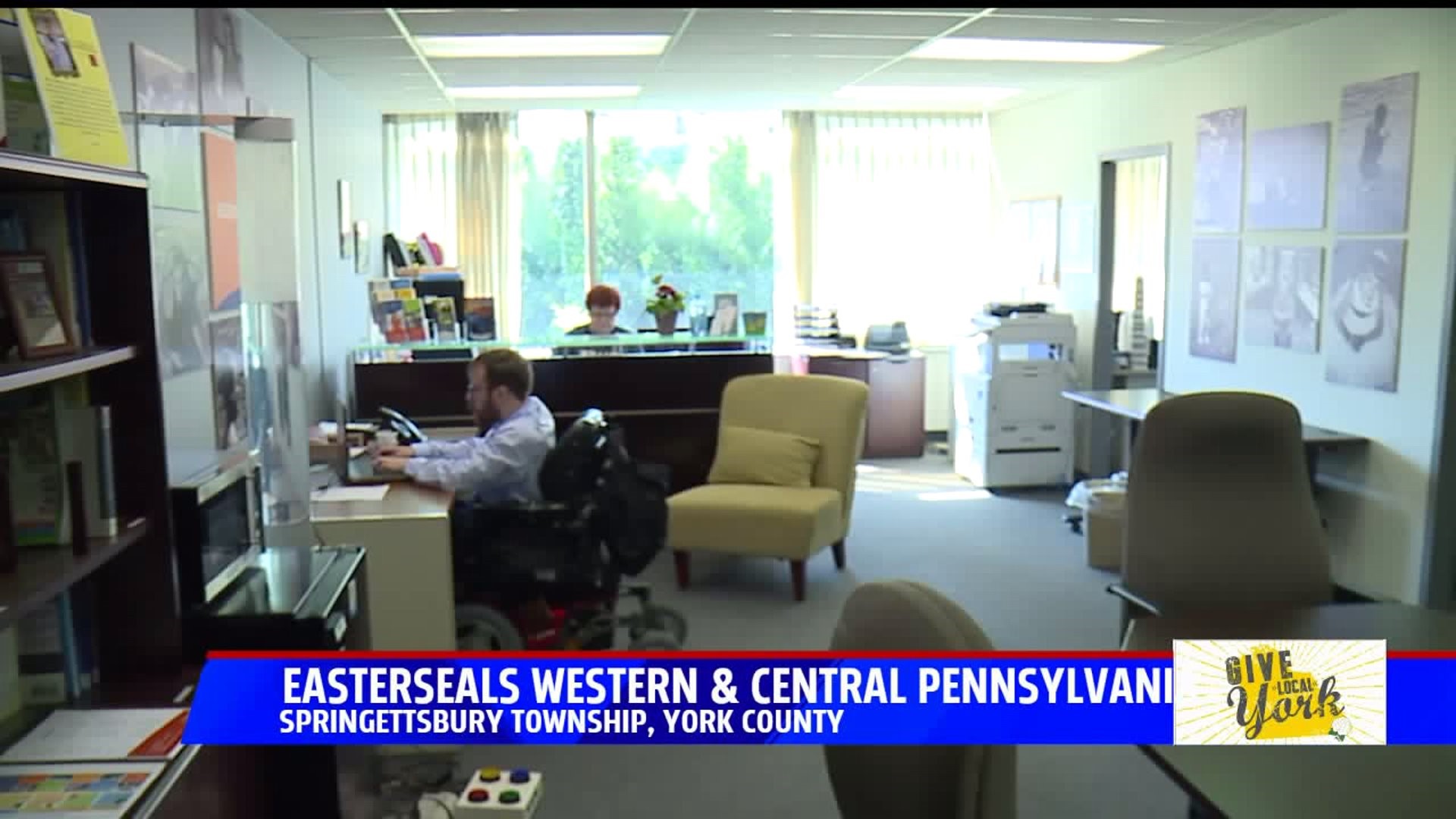 YORK COUNTY --  The Easterseals of Western and Central Pennsylvania are one of the over 300 non-profits collecting donations during Give Local York on Friday.

Easterseals is celebrating 100 years. They work to change the way the world defines and views disabilities by offering camps and programs for both children and adults.

The Easterseals are housed in Springettsbury Township, York County. Their door at the office located at 2005 Kingston Road is open to parents raising children with disabilities.

Easterseals also offer numerous camps for both children and adults with disabilities. The camp can give someone in a wheelchair the chance to go rock climbing or ziplining for the first time.

Josh Gladfelter knows better than anyone the benefits an Easterseals camp can have on a young kid with a disability. He was born with Spina Bifida and left a paraplegic.

Josh started attending Easterseals camps at the age of 5. "It really opened my eyes with me being in a chair. It really made me see that there are other people like me and I think that was really the start of me wanting to help and give back to people with disabilities."

Josh returned to the Easterseals as an adult. He was first as an intern and now an employee.

Josh is even the lead for the York Bowling Program. "When they have a bad frame or something, I just tell them don't get down and try again on the next frame"

Josh says he uses his wheelchair to inspire young boys and girls who are feeling blue about being different.

"To be quite honest, there have been a few instances where I've told them that I just graduated from college and I am out working. Don't let what you have impact how far you can go."

The Easterseals are also always looking for volunteers to help in the office and at their disability and adult camps or their military and veteran camps. It’s important to know that any money donated locally will stay in your community.

You can donate to the Easterseals of Western and Central Pennsylvania during Give Local York.