It’s not just protection: Why millions of women are buying guns

For Elizabeth Harknett shooting a gun isn’t just practice, it’s preparation. If someone were to break into her home, she’d be ready. “If...

For Elizabeth Harknett shooting a gun isn’t just practice, it’s preparation. If someone were to break into her home, she’d be ready. “If they don’t leave and they just stay there for some reason then having that gun in my hand would make me feel much safer if they tried to come at me,” said Harknett.

She’s been learning to shoot with her father at the Freedom Armory in York County for the last two years. She’s one of hundreds of women who go to the range. “They’re here typically to learn to shoot, particularly to learn how to protect themselves, but they learn it’s a lot of fun,” said Scott Morris, president of Freedom Armory. 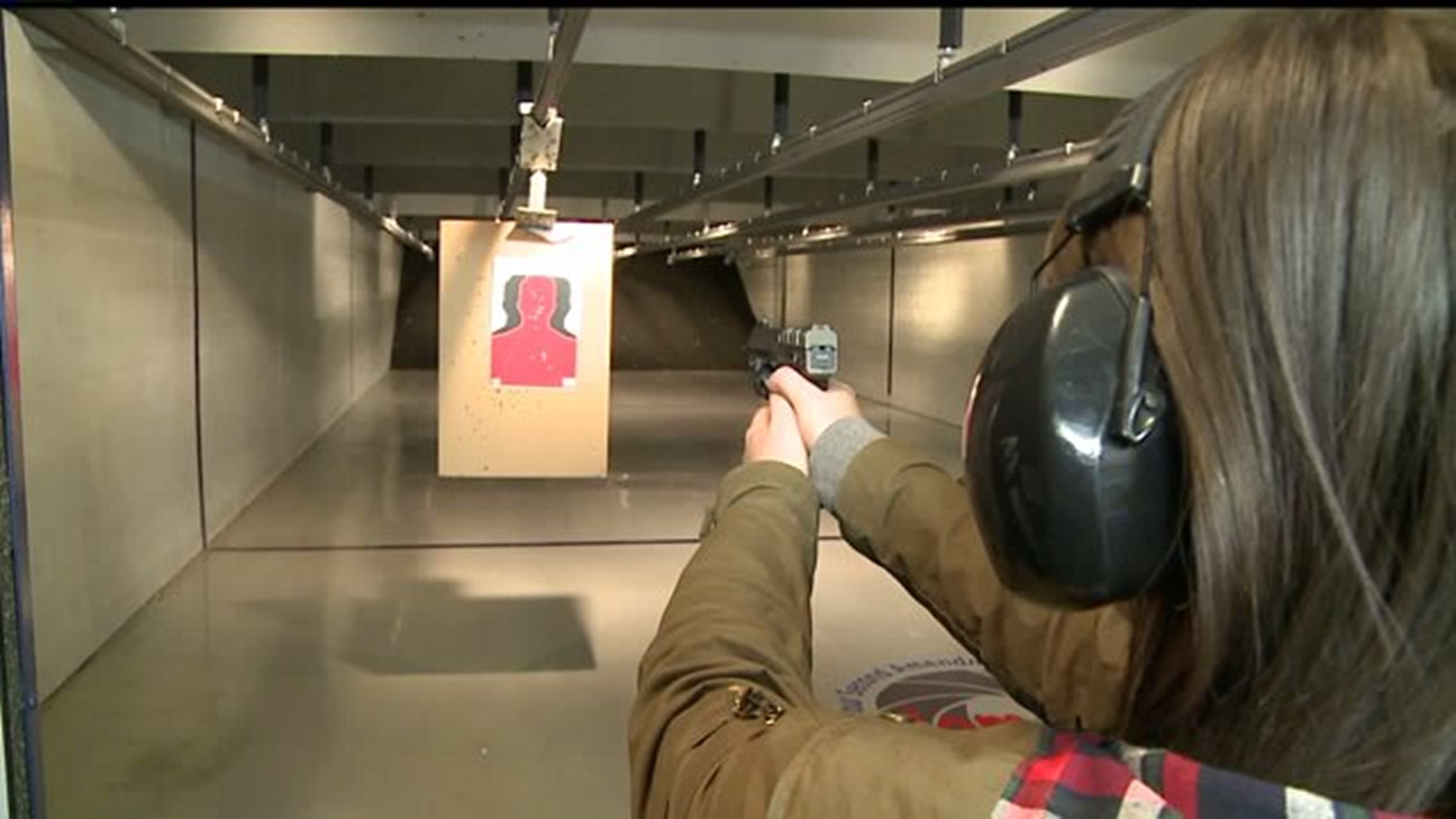 Shooting a gun can also take the edge off. The number of women going to gun ranges has jumped roughly 60 percent since 2001 to more than five million, according to the National Shooting Sports Foundation.

"I work third shift and it's just, you get that ware on your body and the little things in life that you can handle but it adds a weight onto you that you can't keep off, but when I come in here and shoot it flows right off and I feel like I've restarted," said Harknett.

For the majority of female gun owners it's more than just a way to unwind. It means being equal because for thousands of years weapons like swords and spears required strength to operate, meaning a man usually held the power... but not so with a gun.  "Firearms only rely on chemical reactivity to provide the power to fire the weapon so women can now be equivalent to men when it comes to confronting a violent situation and succeeding," said Leola University psychology professor David Crough.

Crough said that back in the days when we were hunter-gatherers people stayed in groups of about a hundred, making it easy to identify those who were dangerous. Now a days with bigger cities and denser populations people can be anonymous more easily, creating a greater need for defense, which he says is one of the reasons why as many as 20 million American women own guns. Businesses like Freedom Armory are starting to take advantage of this emerging demographic in the products they sell.

They have a pair of ear muffs that have real Austrian crystals on them. The crystals actually help to muffle the sound of the gunshots. They also come with matching eye wear. And it's not the only product they're selling that's geared specifically towards women. They also have a variety of purses all with hidden pockets equipped with gun holsters.

The growing interest in guns among women isn't just an American trend. Emma Fisher is an exchange student from Australia. She was excited to learn how to shoot when she got to the U.S. because she said the rules back home are pretty much the opposite of what we know to be true here in the states. "Gun laws are very different. You need to have a gun license and have a valid reason. Self defense isn't a valid reason," said Fisher.

Fisher is taking shooting classes at Freedom Armory and has a new respect for the power that comes with a firearm. Being a gun owner is a choice and now more than ever before millions of women across the country are choosing to be armed. "It just makes me feel secure in my own rights and defending my own property and my own livelihood and if I had family, their livelihood. Sometimes people will break that safety barrier and you need to be your own front line," said Harknett.