GIANT will introduce a new robot assistant, ‘Marty,’ in all of its 172 stores

GIANT robots could soon be coming to a grocery store near you. (How’s that for a lead?) After a successful pilot program that the company says improved in... 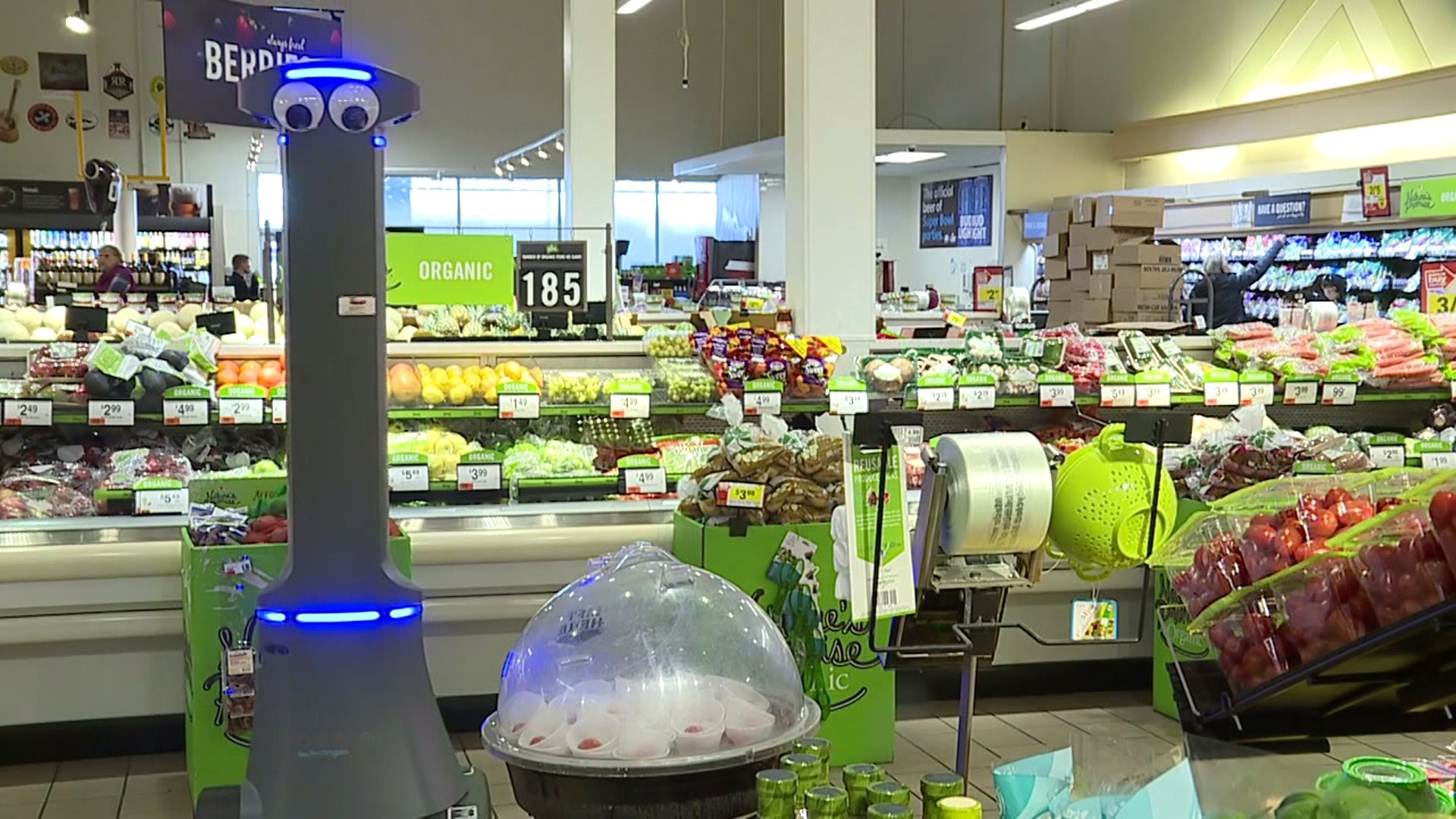 GIANT robots could soon be coming to a grocery store near you.

After a successful pilot program that the company says improved in-store efficiency and freed employees to better serve customers, GIANT Food Stores announced Monday that it will introduce a new robotic assistant in all of its 172 stores.

GIANT will introduce a new robot assistant, ‘Marty,’ in all of its 172 stores

GIANT spent the last year introducing the in-store robotic program in its stores on Union Deposit Road in Harrisburg and on Spring Garden Street in Carlisle.

The program's success led GIANT to expand the program to all of its stores, the company says.

“Bringing robotics and A.I. from a research lab to the sales floor has been a very exciting journey, and we were thrilled by the customer response in our pilot stores,” said Nicholas Bertram, president, GIANT Food Stores. “Our associates have worked hard to bring this innovation to life with amazing partners.”

The in-store robots, which move around the store unassisted, are being used to identify hazards, such as liquid, powder and bulk food-items spills and provide reporting that enables quick corrective action.

The robots’ efforts free up associates to spend more time serving with customers. They also help stores mitigate risk caused by such spills.

GIANT will be deploying Marty to its 172 GIANT and MARTIN’S Food Markets stores in waves over the coming months with expected completion slated for mid-2019.