Shoppers at the Tanger Outlets in East Lampeter Township, Lancaster County, got a little more than they bargained for on Friday. “It was kind of just this subtl... 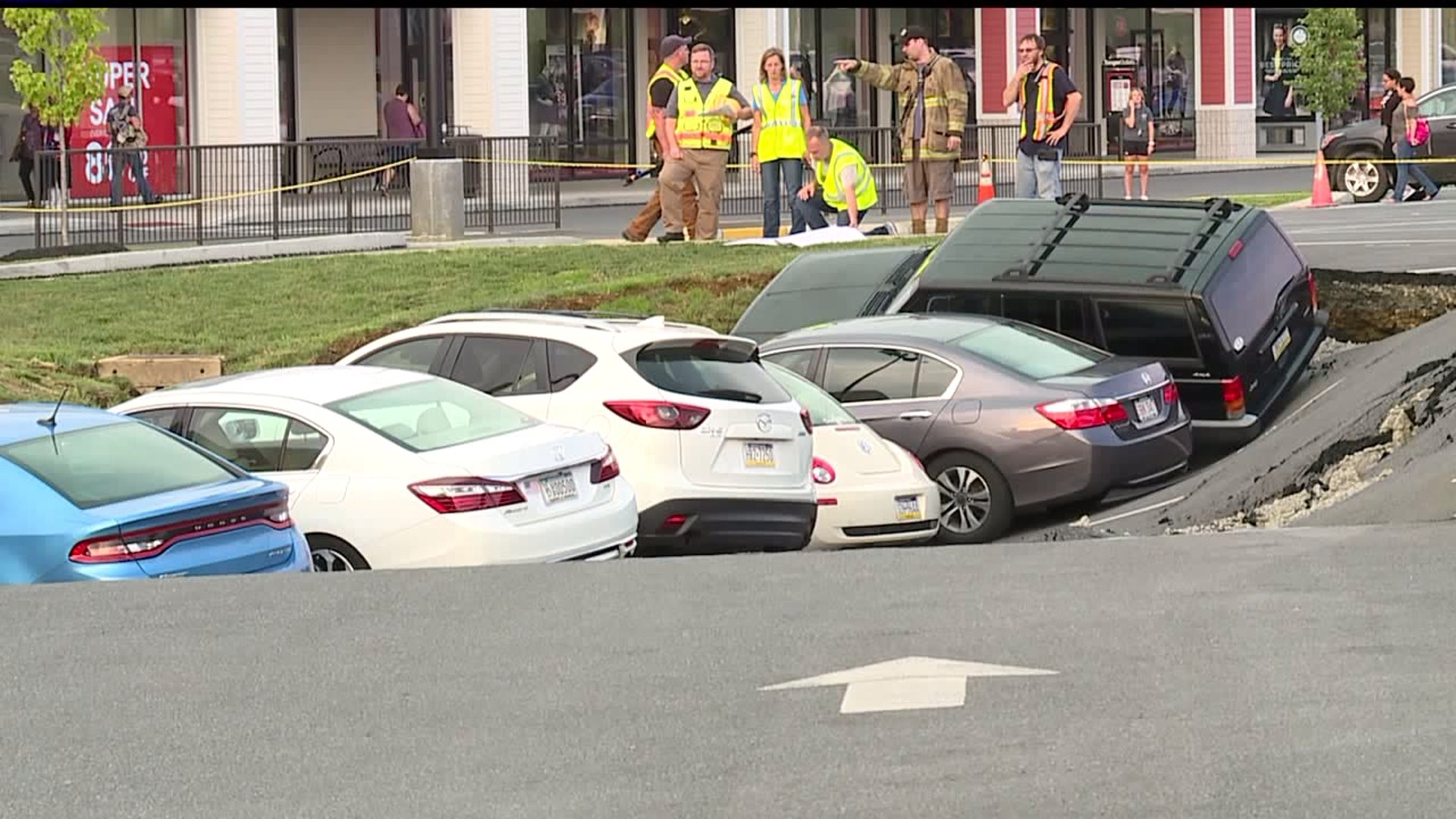 Shoppers at the Tanger Outlets in East Lampeter Township, Lancaster County, got a little more than they bargained for on Friday.

“It was kind of just this subtle but loud crack,” said Lane Castagna.

A giant sinkhole swallowed six cars, and threatened two more right in the middle of the parking lot.

“We started running over and we hear people screaming, ‘She’s in her car,’ and there was a lady in one of the cars and we had some people help her out. And my mom, she was the one who called 911,” saif Castagna.

Thankfully, no one was injured.

But it did cause quite the shock for shoppers returning to their cars to find them inside the sinkhole.

“My daughter was going to run something back to the car and she gave me a call and said, ‘Mom, I think our car is in a sinkhole,’ and of course I didn’t believe her because that wouldn’t happen in the middle of a parking lot,” said Sheryl Delozier.

A sinkhole of this size is not something you typically see, and officials aren’t exactly sure what caused it.

“You know, you stand there looking at it, like it’s something you would see in a movie. Not something you see in the middle of lancaster,” said Delozier.

We are told there is in irrigation system underneath the area that collapsed, and as the evening went on, crews continued to expand the barriers, just in case the sinkhole expands.

Engineers were on scene with blueprints of the area, trying to determine which areas are stable and which aren’t.

And until that point, owners of the affected cars will just have to wait.

“We have a lot of questions as to what’s next and when we’ll be able to get our cars back, get them fixed, and move on from here,” said Delozier.

Car owners also say they hope the incoming rain will not add to the damage if the sinkhole is to flood.