HARRISBURG, Pa.–A Gettysburg man was arrested Sunday after police say he broke into the state Capitol and vandalized part of the building. Ryan Stump, 27,... 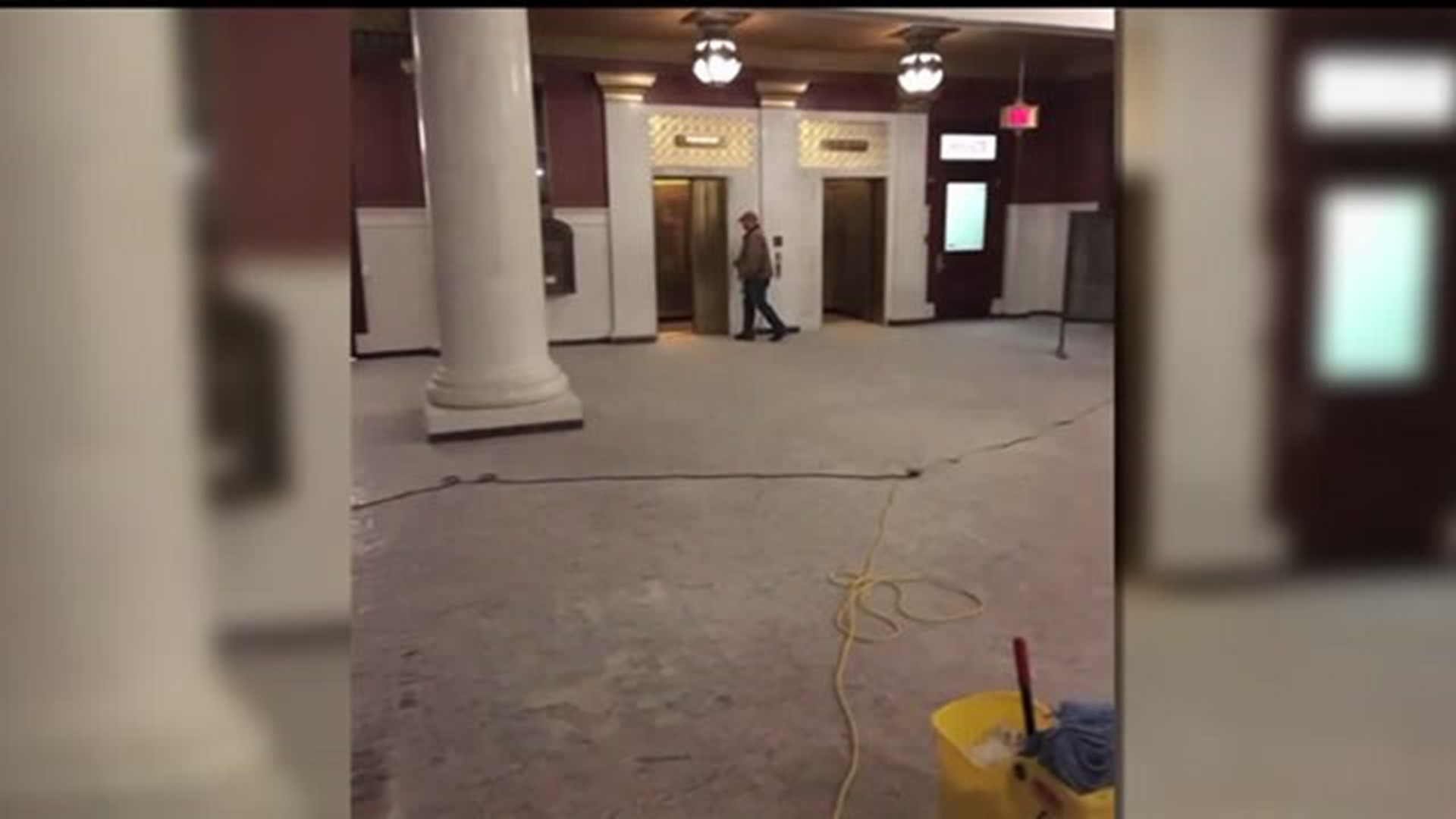 HARRISBURG, Pa.--A Gettysburg man was arrested Sunday after police say he broke into the state Capitol and vandalized part of the building.

Stump broke into the main Capitol through a window on the House side of the building around 1:46 a.m. on Sunday, according to Troy Thompson, spokesman for the state Department of General Services. While he was in the Capitol, Stump proceeded to cause damage to the Senate side by discharging a fire extinguisher and destroying three visitor signs, Thompson said.

He was arrested by Pennsylvania Capitol Police after a brief chase.

"I've been here 17 years, and as far as I can tell this has never happened before," Brown said.

According to Brown, Stump told police he was in Harrisburg on Saturday night with his girlfriend when their date night went awry.

"Somehow they ended up in a fight and he ended up here," Brown said.

Stump was in the Capitol for approximately 10 to 15 minutes before a Senate security guard heard him making noise and called police.

According to Brown, after Stump came in through the House of Representatives side, he walked down the hallway towards the main rotunda, walked underneath the rotunda steps, and then walked down the Senate hallway when he stopped to pick up a fire extinguisher and began spraying.

"He didn't go lightly in the issue of spraying," said Drew Crompton, chief counsel to Senate Republicans. "He sprayed it everywhere."

Damage was done to the floors, and vapors from the fire extinguisher fumes went as high as the fifth floor scaffolding, Crompton said. In addition, seven paintings in the Senate hallway were taken off the wall by the Capitol Preservation Committee.

Crompton says the Senate will seek restitution for the damages.

Senate offices were closed all day Monday due to air quality concerns. Senators are expected back in their offices Tuesday.