Gardens being created to replace eye-sores in York

YORK, Pa.– People living in one York city neighborhood worked together on Sunday to beautify what was long considered an eye-sore. The effort was initiate... 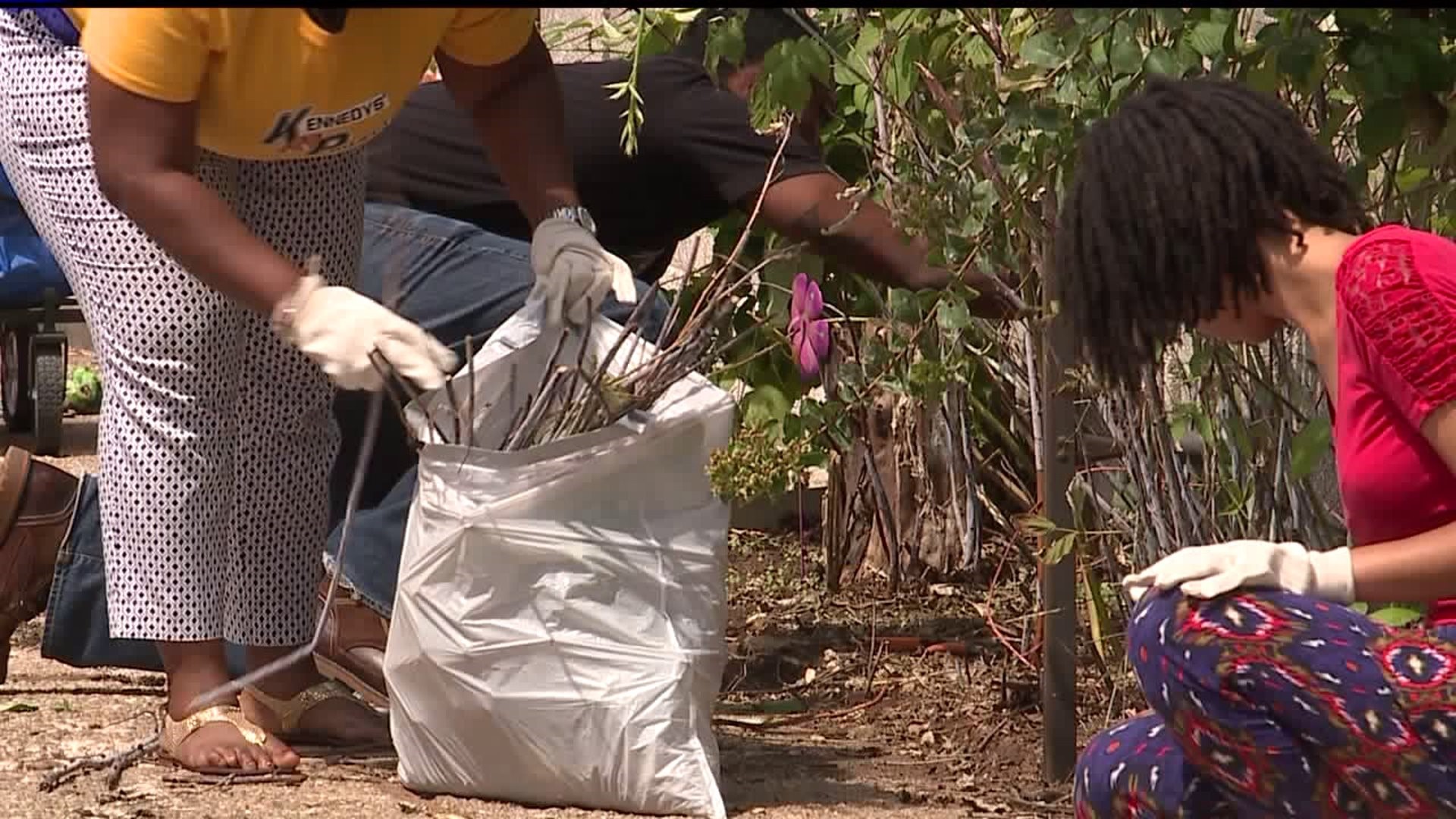 YORK, Pa.-- People living in one York city neighborhood worked together on Sunday to beautify what was long considered an eye-sore. The effort was initiated by the grassroots group York XL.

The group is working on a number of endeavors to change the city, including creating green spaces.

The York Guerrilla Garden movement selects locations, like one along the 200-block of South Pershing Avenue, and volunteers work to make it beautiful again.
Residents encouraged each other to gather and get to work.

Volunteers cleaned-up litter, trimmed weeds and prepped the area on Sunday and
it will eventually include artwork on the wall, a picnic bench and trash cans to provide a gathering place in the community.

"I think all of us have a common goal of wanting to live in a safe, great, beautiful place and I think this just verifies it by all these people coming out to make this space here to be used by the community for whatever people can imagine it to be," said Megan Feeser, who lives in the neighborhood.

The founder of York XL, Salvador Galdamez, said, "I think it's just a testament to what people want to do and the energy they have to transform the spaces in York."

The trash cans will be emptied by neighbors on the block. York XL says it is focused on getting the public to take action for themselves with their initiatives.
Members hope to create a total of 340-gardens throughout the city.