“We are up to 21 deer now found in the valley, all on the east end of Powells Valley. These deer have no broken bones, no holes, etc.” That’s what Dennis ... 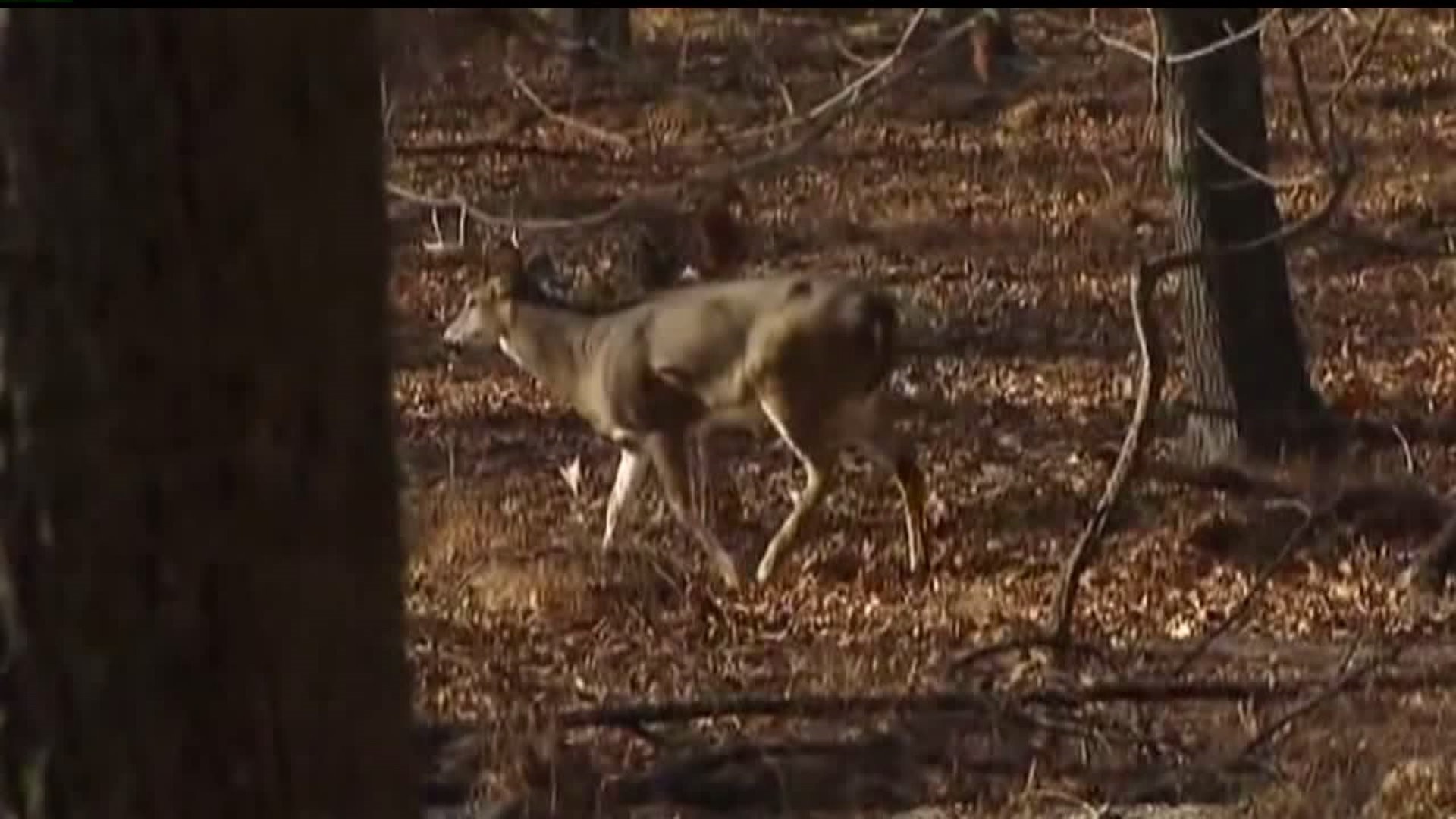 "We are up to 21 deer now found in the valley, all on the east end of Powells Valley. These deer have no broken bones, no holes, etc.”

That’s what Dennis Morgan, a Carsonville resident and avid hunter, writes on Facebook as a warning to other people heading out in the woods.

He says the deer get sick and die shortly after, often curled up in their beds and not near water.

But what’s killing them?

“We don’t really have any answers at this point, but we’re digging deeper to try and find them,” said Travis Lau, spokesman for the PA Game Commission.

Lau says the commission has officially received reports of four dead deer, but are investigating the 21 that Morgan says he’s found.

He says they’ve already performed a necropsy, which is an autopsy on an animal, on one of the deer, but it didn’t turn up many answers.

“As far as we could tell, dehydration seemed to be the primary cause of any complications that led to that deers death,” said Lau.

“Chronic Wasting Disease, which is known as CWD, it is a serious threat to Pennsylvania's deer and it can cause some large scale mortality in deer, but it takes a long time for that disease to manifest itself. It kills deer slowly as opposed to rapidly and all at once,” said Lau.

He says they’ve ruled out a number of other possible diseases, as well, and the fact that they don’t know what is causing this is concerning.

If you come across a deer that is sick or dead, you are asked to contact your local game warden.

The Game Commission also tells people not to eat meat from a deer that appears sick.