Future sports betting in PA could include eSports

HARRISBURG, Pa. — Placing a bet at a casino for a football game is around the corner in Pennsylvania. What about placing a bet on a video game match? R... 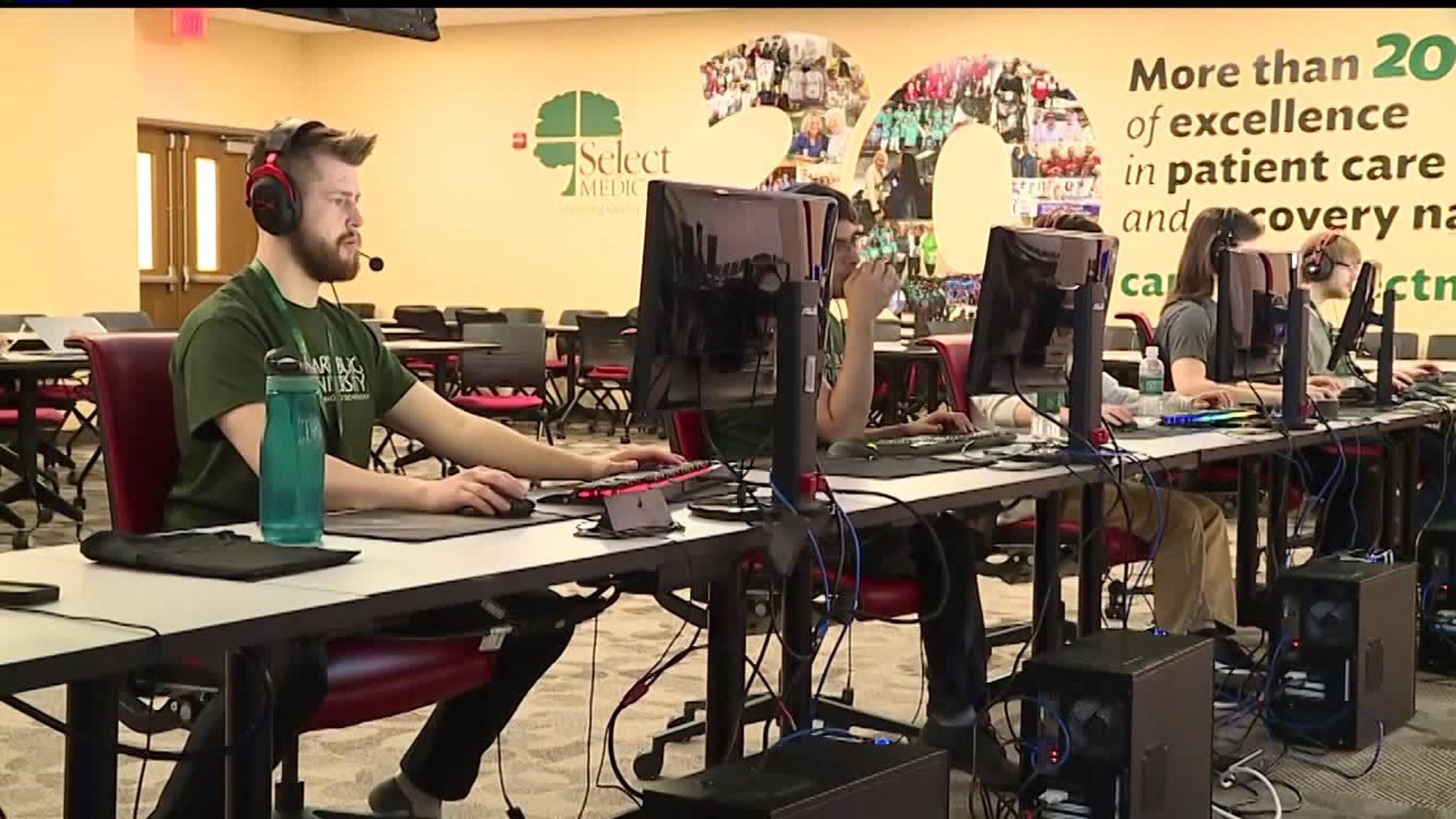 HARRISBURG, Pa. --- Placing a bet at a casino for a football game is around the corner in Pennsylvania.

What about placing a bet on a video game match?

"Now with the advent of sports betting proliferating through a number of other states, the opportunity to consider eSports for sports wagering is now upon us," said Doug Sherman, chief counsel for the Pennsylvania Gaming Control Board.

Sherman calls eSports a 'phenomenon' that the Gaming Control Board is taking seriously.

He said they are studying and researching to see if it has a place in the gambling room with traditional sports, like football or basketball.

Sherman said the key will be if casinos believe eSports would be a viable product.

Sherman said some of the Gaming Control Board's considerations include how many people in Pennsylvania are interested in eSports?

They also want to find ways to ensure minors or any under the age of 21 can't submit wagers for eSports.

Sasha Sacavage, McNees Law attorney with the eSports Practice Group, said the idea of gambling in eSports isn't a new one.

"In the United Kingdom, it`s permissible. In the United States, it`s not. People who want to gamble on eSports go to betting websites that use cryptocurrency," said Sacavage.

She said there are groups currently collecting data to ensure prevention against problems in traditional sports betting, such as match-fixing.

However, eSports comes with integrity issues you won`t find on a field or court.

That is the issue of cyber security.

"The differences between traditional sports and eSports are something that between the advocacy groups, like the Pennsylvania eSports Coalition, and the Pennsylvania Gaming Control Board and the legislature will have to be worked out," said Sacavage.

Sherman said they've spent the summer gearing up regulations for conduct of sports betting in Pennsylvania.

He said in the last few weeks, they've received petitions from Penn National Gaming in Dauphin County and Parx Casino in Bucks County that seek authorization to implement sports betting at those sites.

Sherman said he expected those petitions to come before the Gaming Control Board within the next two months for approval.