DAUPHIN COUNTY, Pa. — State officials want to know the potential impact of a Hyperloop transportation system in the Commonwealth. A Hyperloop system could... 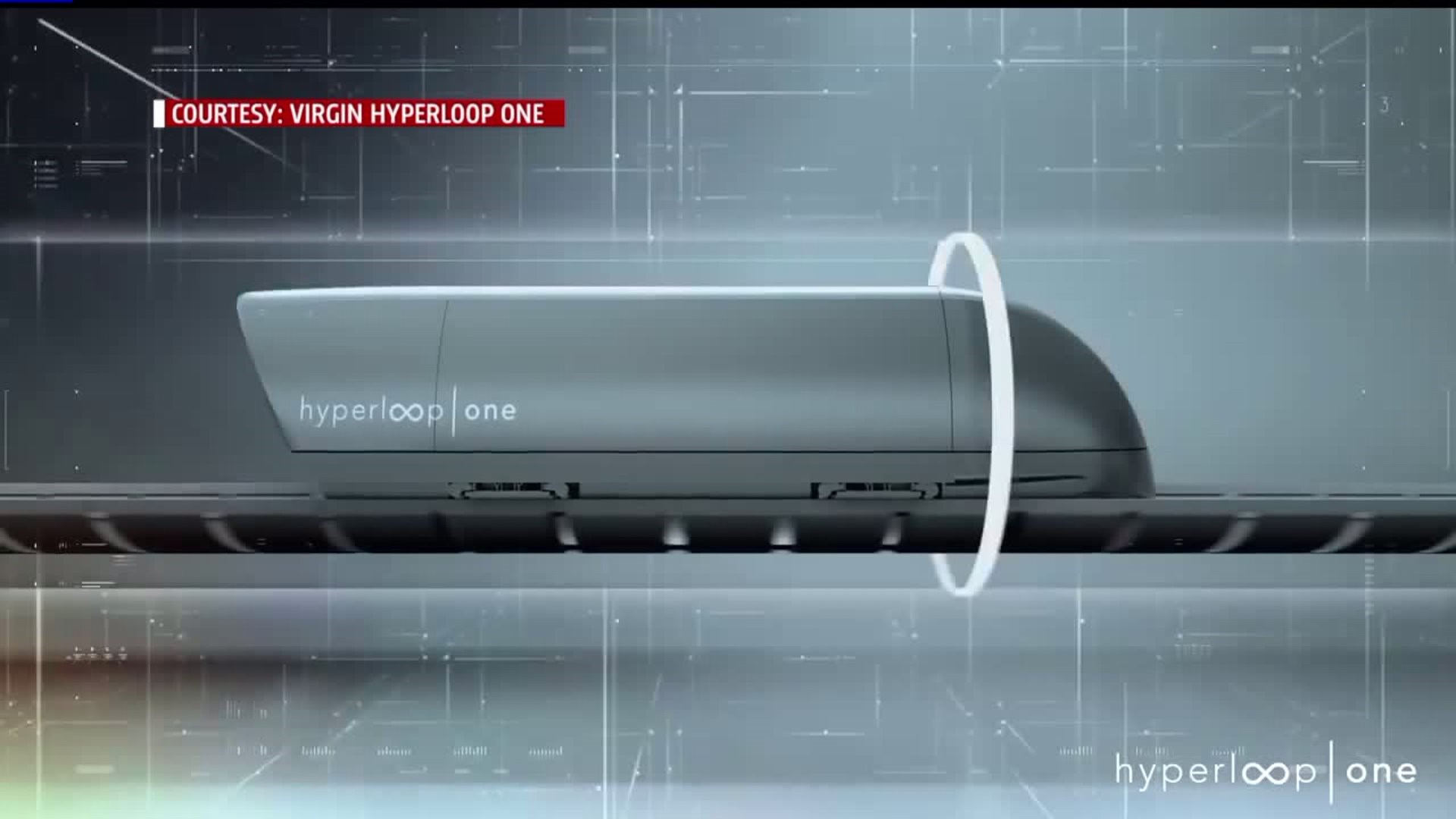 DAUPHIN COUNTY, Pa. -- State officials want to know the potential impact of a Hyperloop transportation system in the Commonwealth.

A Hyperloop system could transport people and freight at more than 600 miles per hour, or just under the speed of sound, according to developers.

The Pennsylvania Turnpike Commission approved a study to examine the system’s potential benefits.

Some people we spoke with can't wrap their heads around the idea, but considering it’s being looked at in other places in the United States and overseas, a spokesman for the Turnpike Commission says it’s only smart to do.

“It’s incumbent upon us," said Carl DeFebo, a spokesman for the Pennsylvania Turnpike Commission." Look 79 years ago, we were an innovator of transportation. We rolled out America’s first super highway.”

“I think it would be great… cause going to place to place at 600 miles per hour is definitely efficient," said Nicholas Brown.

DeFebo says if it is implemented, the state would first roll out the movement of cargo, specifically light freight like online shipments and car parts.

The systems being looked at? Philadelphia  to Pittsburgh and Philly to Scranton.

"This is something that the Turnpike Commission and PennDOT believe we have to start preparing today for so we know how it’s going to fit into our existing transportation modes in the future," added DeFebo.

“It’s really smart planning, right?" said DeFebo. "Because if we’d be ignoring it or be ill-prepared that would be in essence mismanagement.”

One truck driver we spoke with says paying for something like this would be mismanagement.

“Based on the budget of Pennsylvania, I think it would be a waste of money," said Joe Burns. "They should take care of what we have here in Pa."

The Pa. Turnpike Commission is facing a big chunk of debt which concerned some folks FOX43 spoke with Tuesday afternoon.

However, officials like DeFebo — and even the Pa. House of Representatives, which passed a resolution that ordered the study, are curious how it could bring the state into the future.

Besides decreasing the amount of tractor trailers on the Turnpike, officials say the systems would be more energy efficient.

Officials say the study will begin next month and is expected to take 18 months — but can take as long as four years if needed.

Pennsylvania will be one of several states in the United States studying Hyperloop’s impact.