MCSHERRYSTOWN, ADAMS COUNTY, Pa. — The future of a K9 officer at an Adams County police department is up in the air tonight. K9 Officer Ozi has served the... 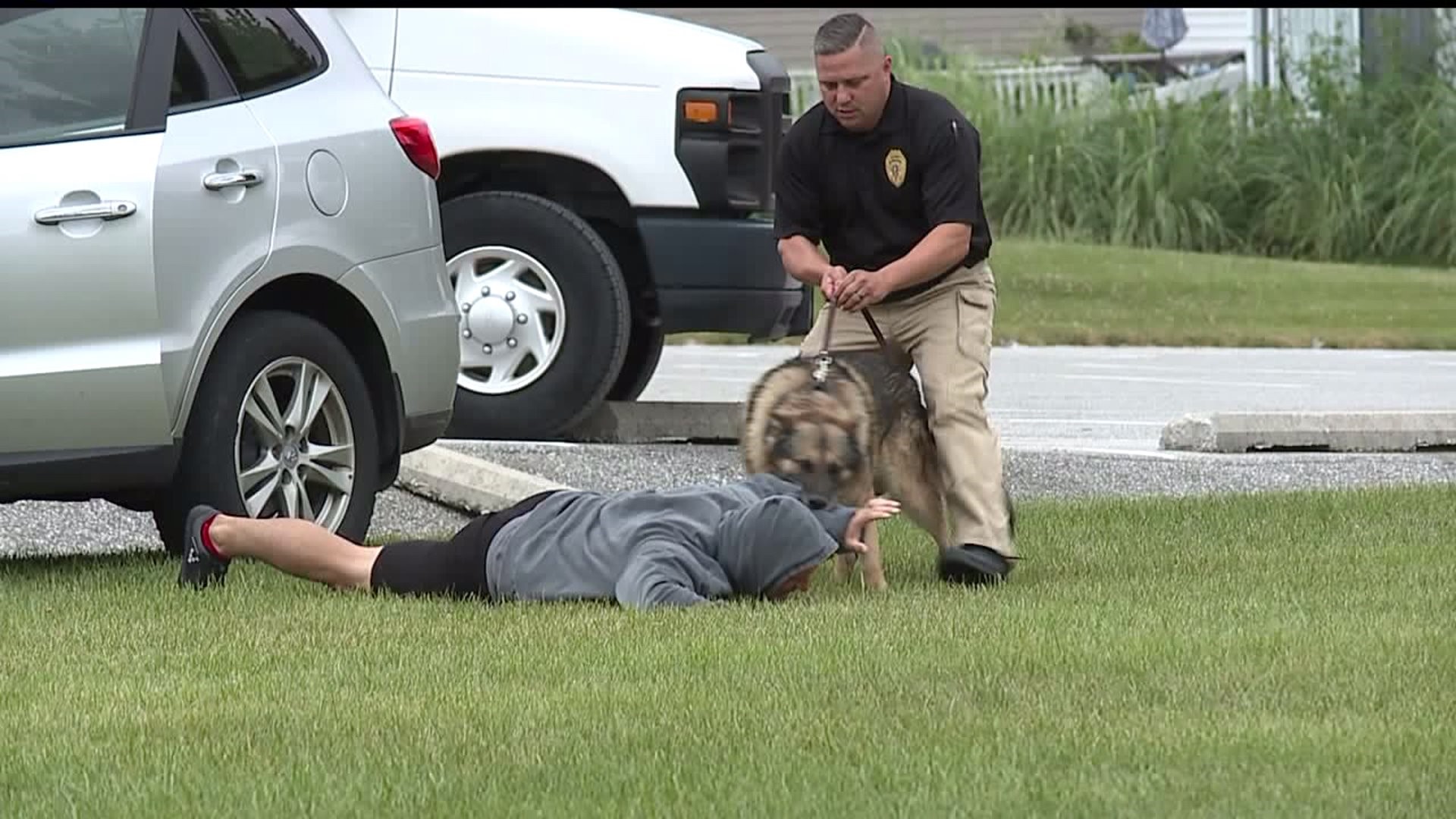 MCSHERRYSTOWN, ADAMS COUNTY, Pa. -- The future of a K9 officer at an Adams County police department is up in the air tonight.

K9 Officer Ozi has served the community as part of the McSherrystown Borough Police Department for the last 4 years, but now, local leaders are raising questions about the cost of the program.

The Mayor of McSherrystown didn't wish to go on camera, but told FOX43 over the phone, borough council is still determining the cost of the K9 program and is expected to vote on whether or not to keep it.

The chief of police has been very vocal about K9 Ozi's work, and this afternoon, he showed FOX43 just how good he is at stopping criminals.

"K9 Officer Ozi has been a partner of mine, for about 4.5 years now. He's a dual purpose, German Shepherd K9 officer. Basically, that means he does patrol work, narcotics, and tracking," said Michael Woods, the chief of McSherrystown Borough Police Department.

Chief Woods worries he may no longer have his partner. McSherrystown Borough Council has said it cannot afford to keep the K9 program going. According to Chief Woods, the cost shouldn't be an issue.

"The mayor has brought it up at borough council meetings - there's nothing wrong for the past 4 and a half years, the budget issues and financial issues, concerns because there is none. We're actually in the plus in terms of donations and expenses," said Woods.

"Our only conclusion is timing. It's the same time we go through arbitration. That's the only thing we come up with. Obviously, Ozi is loved, our K9 program is loved," he said,

FOX43 did try to get in touch with members of the McSherrystown Borough Council. We emailed the borough, called each member individually, and knocked on several council members doors. No one has returned out calls, and no one wished to speak on camera.

"Police departments - we are the only K9 narcotic officer in the immediate area. We do have a lot of police departments who are lucky, fortunate enough to have Ozi to help them. You can't put a measurement on a dollar amount of what he stops from coming into our town or areas," he said.

Chief Michael Woods says council members tabled the issue at their last meeting. He says there will be a council meeting August 8th at 7 p.m.  and members could make a vote on the matter then.

You can contact the borough by email or over the phone at http://www.adamscounty.us/Munic/Pages/McSherrystown-Borough.aspx.

The police department set up a Facebook page dedicated to saving the K9 program: https://www.facebook.com/mcsherrystown.canine.3