HARRISBURG, Pa. — The Japanese Barberry is known as a hardy, easy to plant shrub this is resistant to disease, insects and deer. However, forestry experts... 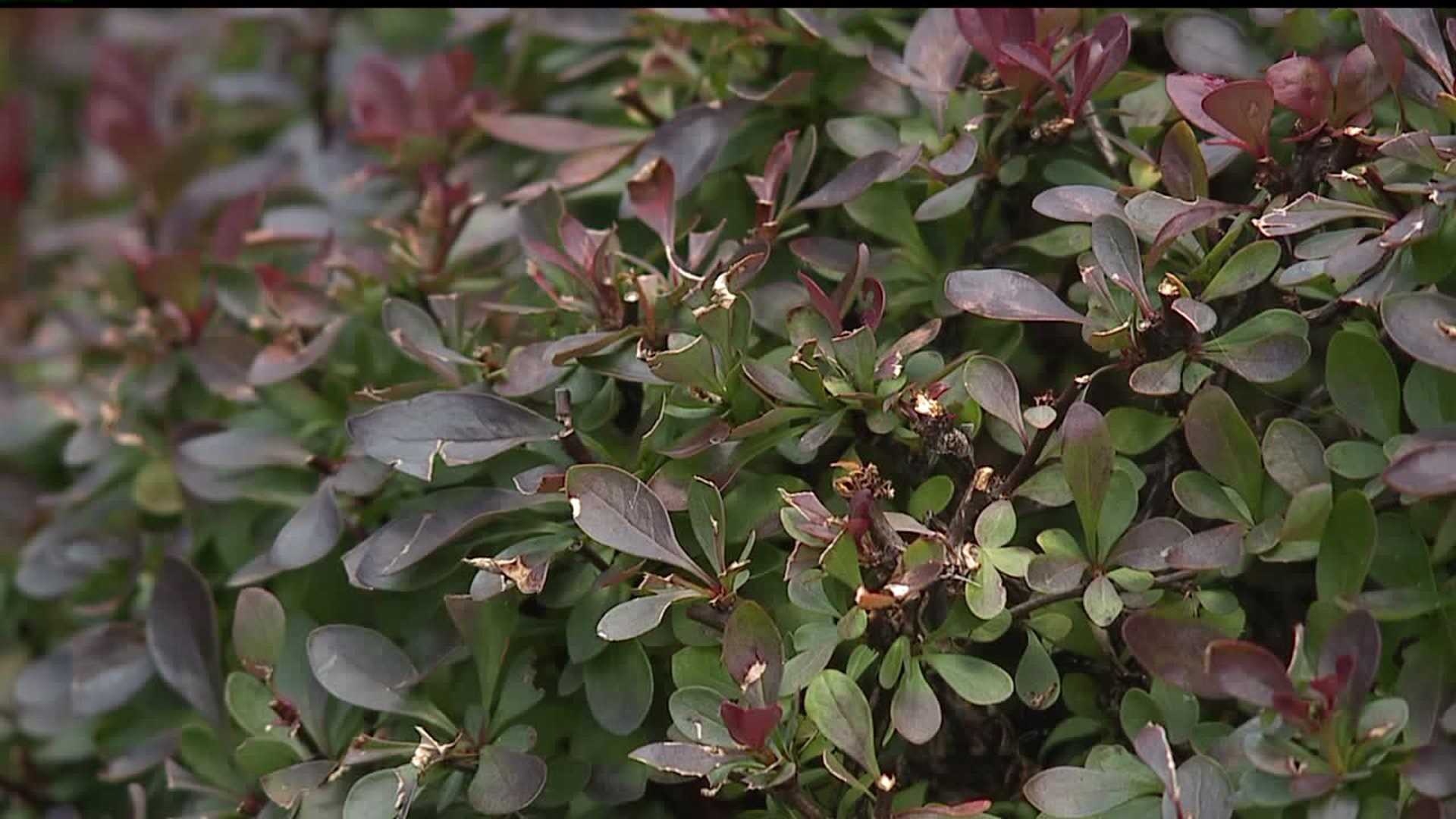 HARRISBURG, Pa. --- The Japanese Barberry is known as a hardy, easy to plant shrub this is resistant to disease, insects and deer.

However, forestry experts like David Jackson with Penn State Extension said the reasons to like the shrub for landscaping are also bad for it's surroundings.

The Japanese Barberry is considered to have "invasive characteristics," meaning it spreads rapidly and displaces other plants native to Pennsylvania.

Jackson said it's resilience against natural controls, like disease and insects, is causing major problems in Pennsylvania's forests.

"When they invade the forest and they take over areas and they crowd out our native plants, then we lose the ability to provide for that whole food-chain up through the system," said Jackson.

Field studies also show it could pose a health risk for people.

Research out of the University of Connecticut is showing signs of a higher population of ticks making homes under barberry shrubs compared to other native plants.

"The hypothesized mechanisms for why relates to microsite humidity under barberry and also the protections on mice, which are the disease reservoirs for Lyme," said Sarah Wurzbacker, a forestry educator with Penn State Extension.

In a couple weeks, the newly created Controlled Plants and Noxious Weed Committee through the Department of Agriculture will hold it's first meeting.

Shannon Powers with the PA Department of Agriculture said they're expected to discuss identifying Japanese Barberry as "noxious," thus putting restrictions on selling or growing the shrub.

"Looking at whether or not the research is valid, looking at the potential impact of banning this plant on the industry. Is it beneficial? And what are those benefits? And who does it benefit? Those are the sort of considerations," said Powers.

She also said not to expect any bans to be put on the Japanese Barberry shrub at the first meeting on July 24.

Powers explained the first meeting is largely procedural to determine how the committee will operate going forward.