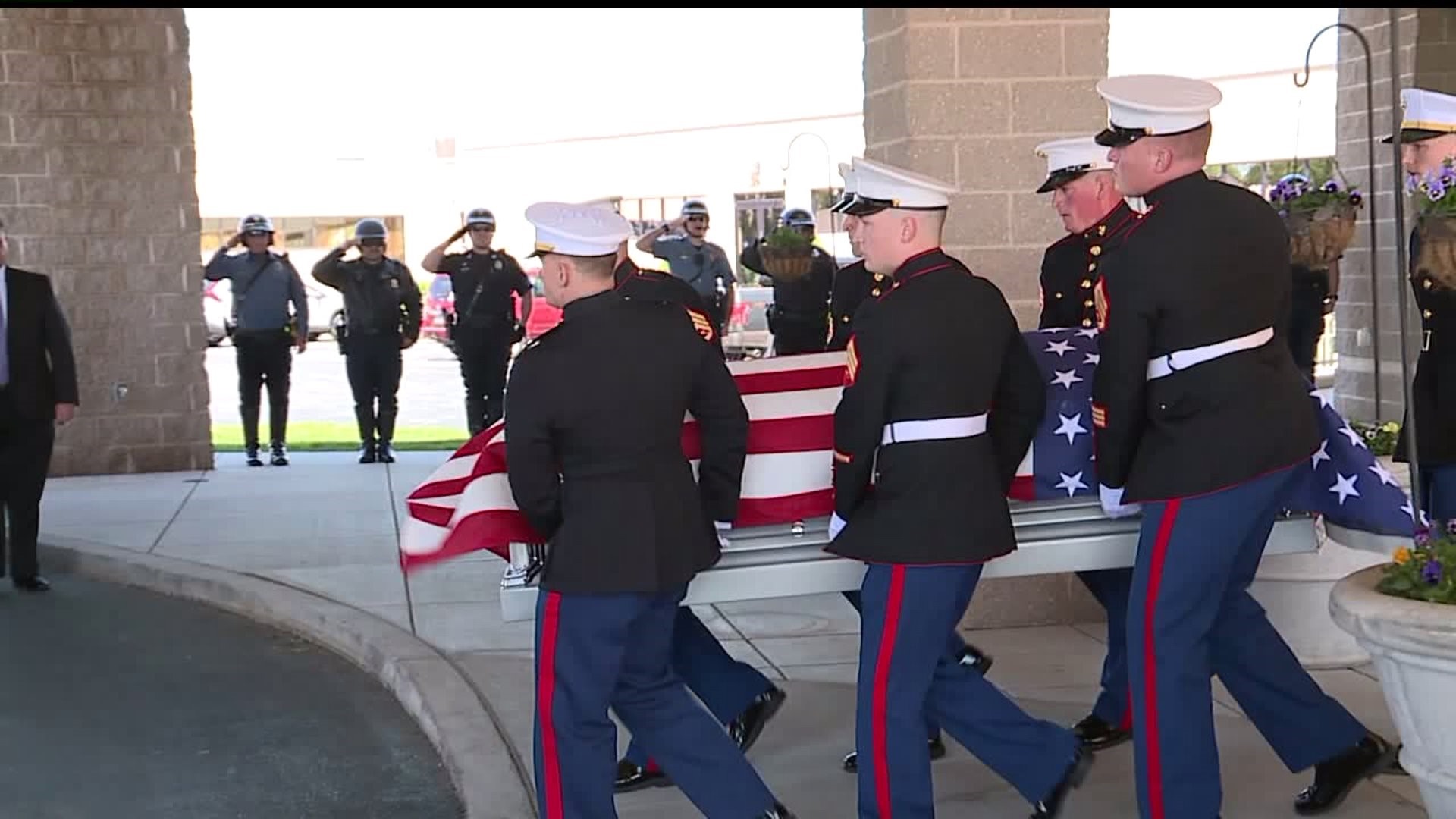 More than 500 people, including friends, family, service members and even complete strangers came paid their respects.

Some words used to describe Sgt. Hines were friend, brother, and American hero. FOX43 did not record the service at the request of his family, but the pictures and messages inside, painted the same story.

The initial shock and heartbreak still exists for loved ones, as they remembered the man who not only bled red, white and blue, but always wore it.

"He lived those colors," Alec Deetz, a close high school friend, said. "He wore the uniform like every American should."

"He is the complete patriot of the United States," Jeremiah Stahlman, Hines's cousin, said. "Everything he's done is always for the Country."

Including paying the ultimate sacrifice; killed by a roadside bomb, along with two other marines. It was a risk family members knew, but a reality they never though they'd have to face.

"I think they're all hurting in their own individual way," Funeral Director Clifford Forester, said. "And I don't think any one person wants to express exactly how they're feeling."

Members of his unit; also members of his wedding party. A date was set for this October. Signatures, pictures, and pins meant to be given as favors are now serving as memories.

"Ben was the type of guy that he walked into a room and everybody knew hew as there," Deetz said. "He was the light on everybody."

That light is now gone. But where there is darkness, there's also memories of a true American hero.

"He was the one I looked up to, even though he was younger than me," Stahlman said.

Hines' body will be taken to Arlington Virginia for his final place of rest May 10th.