YORK, Pa. —  Three York County students have been awarded a special scholarship in honor of York City firefighters who were killed in the line of duty. Tw... 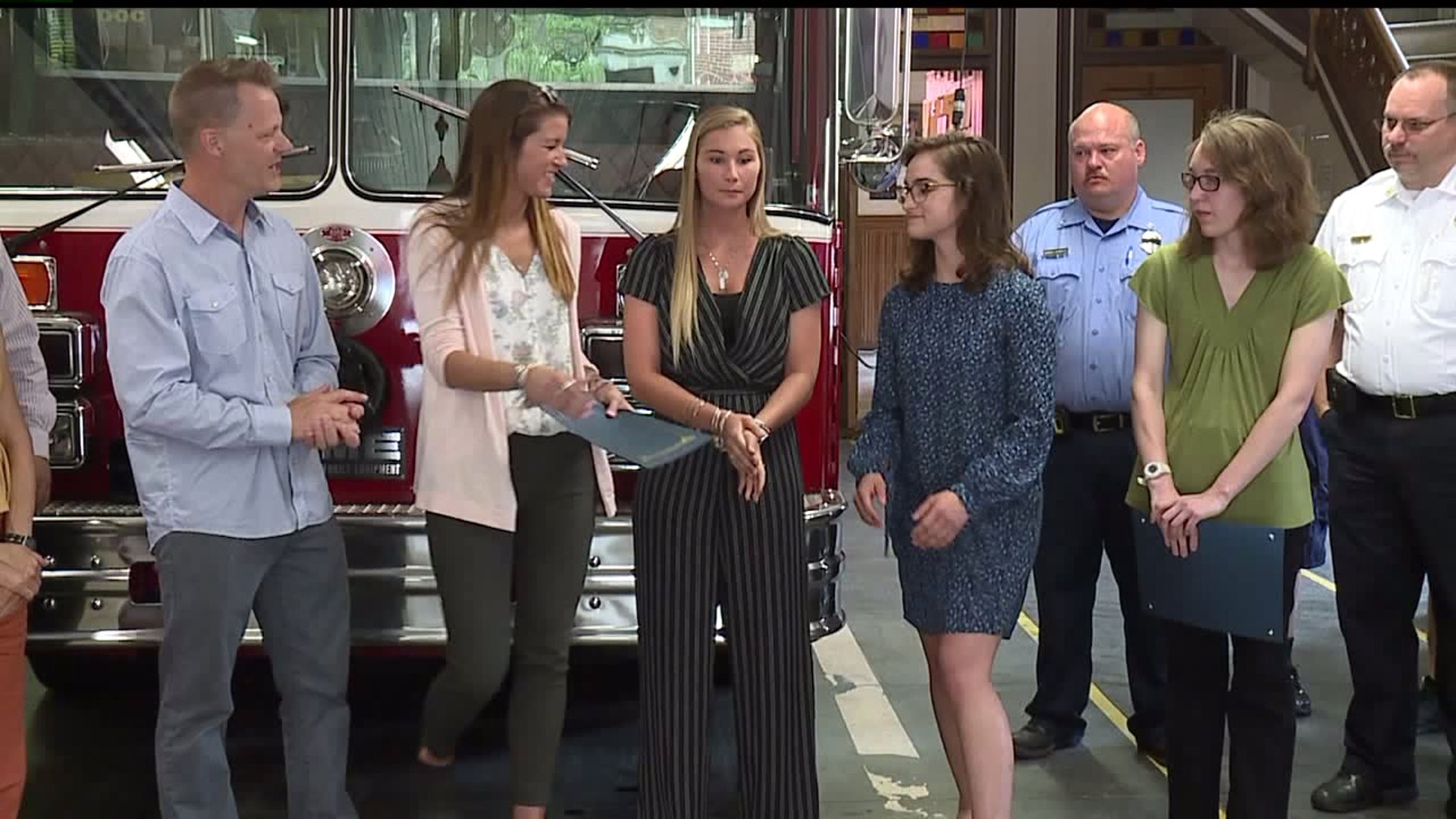 YORK, Pa. --  Three York County students have been awarded a special scholarship in honor of York City firefighters who were killed in the line of duty.

Two of the "fuel their fire" scholarships were created in memory of Ivan Flanscha and Zachary Anthony.

The men were killed last year when the Old Weaver Organ and Piano building in York collapsed after a fire.

The scholarships are awarded to students demonstrating scholastic ability, good moral character and qualities of leadership.

One of the firefighters who survived the collapse says he created the fund in hopes of keeping their memories alive.

"It's bittersweet, it's sweet because of what it represents and it's helping people, but it's bitter because I wish we didn't have to do this, there's a reason we are doing this and it's because two guys passed away," said Erik Swanson, York City Firefighter and organizer. "Hopefully they are in here somewhere looking down on us and thinking how proud they are of what we have done," he added.

Each recipient received $2,000 towards their education.

Organizers say they hope to continue the scholarships each year.

To learn more about the scholarship or donate visit: fueltheirfirescholarship.com