FOX43 teams up with special golfers for a good cause

DERRY TWP., DAUPHIN COUNTY – Members from the FOX43 team tee’d off with some special golfers, Saturday! It’s all part of the Giant Food Stores... 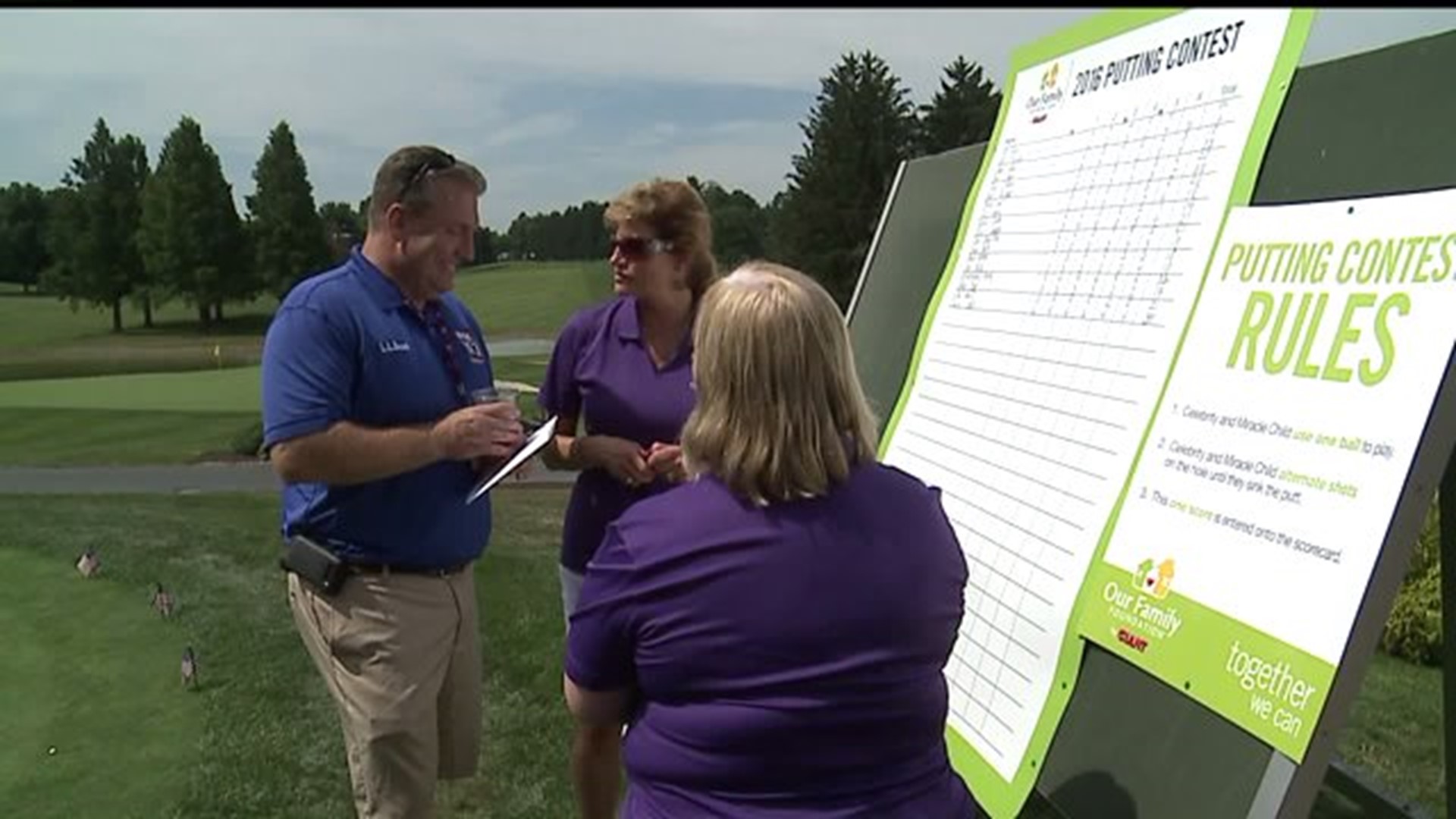 DERRY TWP., DAUPHIN COUNTY - Members from the FOX43 team tee'd off with some special golfers, Saturday!

It's all part of the Giant Food Stores Celebrity Putting Contest to benefit the Children's Miracle Network at the Country Club of Hershey.

Each pair showed off their golfing skills in style, hitting the green and putting like pros!

Those involved in the event say this is a great way to raise money for a good cause.

Tom Lenkevich, President of Giant Food Stores says, "This is an awesome event.  It's so much fun. The kids get out here, they putt-putt with celebrities.  They have a lot of fun with us... but more importantly this is about the children and them having fun. They have gone through a lot in their lives and it's so good to be part of something good that we are doing to help them do better in their lives and have a brighter future."

The event has raised thousands of dollars for CMN.