FOX43 Reveals: Bullying by the Numbers

CENTRAL PA — The Pennsylvania Safe Schools Act was amended nearly a decade ago to help school districts create a safe and bully-free environment.  Under t... 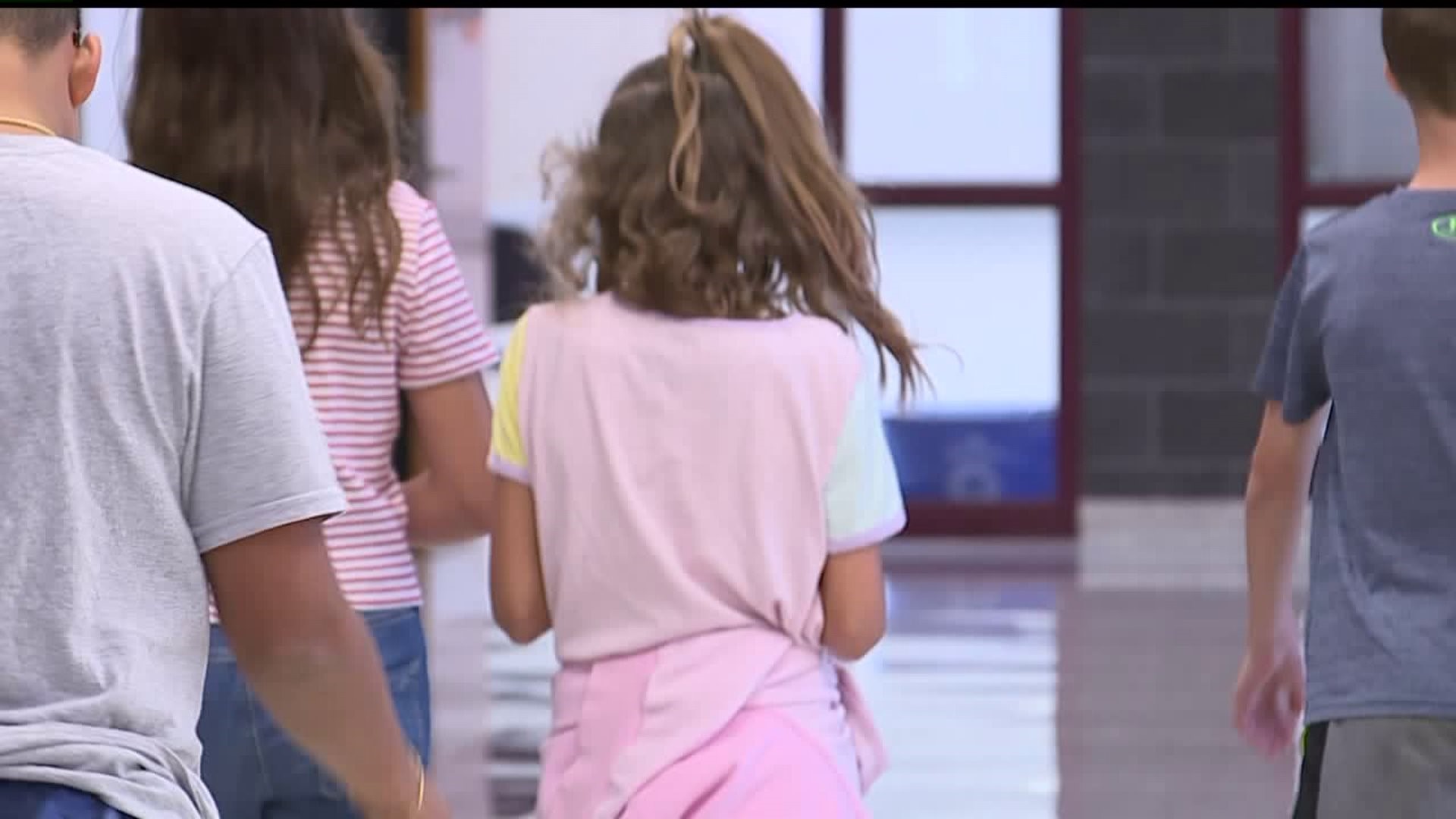 CENTRAL PA -- The Pennsylvania Safe Schools Act was amended nearly a decade ago to help school districts create a safe and bully-free environment.  Under the law, all schools are required to report back to the state on the number of bullying cases they investigate. As FOX43 reveals, the numbers do not seem to add up in dozens of districts.

Every three years, Pennsylvania schools are required to update their anti-bullying policies. At Mechanicsburg Area Middle School, a new school year marks a new vision for the district. MASD is initiating a different strategy to tackle bullying in schools through their new “Growth for all Learners” comprehensive plan.

“Embedded within the "Growth for all Learners" are pieces of our wellness program,” said Nicholas Butt, supervisor in the Office of Student Services at MASD. “It is topical issues of interest. It’s learning about student issues like anxiety, depression, trauma, diversity, bullying.”

As a former assistant principal at Mechanicsburg Area Middle School, and a father of three, Butt knows the challenges many children face at school.

“There wasn’t a day that would go by that a middle level learner wouldn’t come forward and say that they felt uncomfortable, that somebody did something, that somebody said something,” explained Butt. “We would have a team approach with a counselor and administrators to try and rectify the situation.”

Under the law, schools have to report back to the Pennsylvania Department of Education on the number of bullying cases they investigate. FOX43 dug through Safe School reports from the past couple of years and found nearly half of the school districts in our area were not reporting any violations: no bullying, no cyber bullying.

One of those districts is Central Dauphin. Each of its 19 schools reported zero cases of bullying, according to the state’s Safe Schools report. In response, the district tells FOX43 that number reflects the number of Code of Conduct violations involving law enforcement.

CDSD is not alone—29 other public school districts in our area reported zero cases of bullying in recent years, according to the state’s Safe Schools report. Some of those districts tell FOX43 state reporting requirements are far too limiting. Senator John DiSanto (R-Dauphin/Perry), Vice Chair of the Senate Education Committee, agrees.

“It’s really confusing and I think that’s why sometimes bullying is under reported because it could be reported as harassment, fights, threats, and so on,” Senator DiSanto explained. “There’s a whole cornucopia of state regulations that require reporting on these issues.”

At MASD, they’re hoping their “Growth for All Learners” plan removes any barriers that stand in the way of a student’s ability to learn—and that includes bullying.

“They are someone’s son or daughter. We know that and therefore we want to treat them as they are our own children,” said Butt.

Below is a list of all school districts in South Central PA that reported zero incidents of bullying to PDE:

In response, Dallastown Area School District tells FOX43 “Our internal “PA127” Incident Code is linked to the state’s Infraction Code and Description of “27-Bullying” per the PIMS User Manual.”

Cumberland Valley School District also follows the definition of bullying as described in the Pennsylvania Information Management System (PIMS) User Manual. That policy defines bullying as an intentional electronic, written, verbal or physical act, or a series of acts: (1) directed at another student or students; (2) which occurs in a school setting; (3) that is severe, persistent or pervasive; and (4) that has the effect of doing any of the following:
(i) substantially interfering with a student's education.
(ii) creating a threatening environment.
(iii) substantially disrupting the orderly operation of the school.

FOX43 Reveals issues that affect you and your family, keeping you informed. Do you have a tip about something that needs to be investigated? Or documents you want us to dig into? You can send us a confidential news tip at FOX43Reveals@fox43.com.