YORK, Pa. — One Pennsylvania native, who is choosing to remain anonymous, says he became an “object of abuse” by Herbert Shank, a former pries... 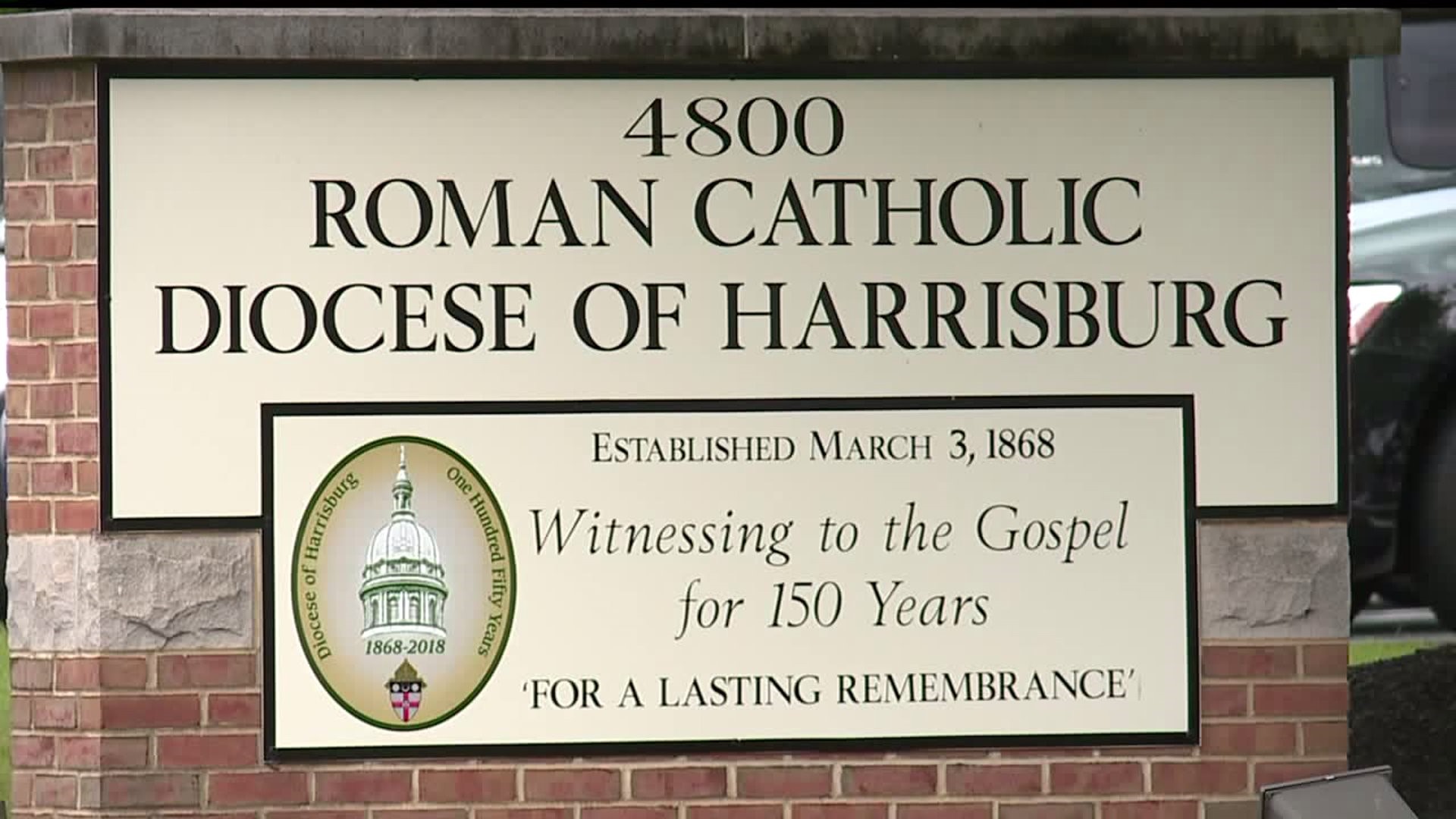 YORK, Pa. --- One Pennsylvania native, who is choosing to remain anonymous, says he became an "object of abuse" by Herbert Shank, a former priest within the Catholic Diocese of Harrisburg, when his parents were going through hard times.

He says he was abused at the hands of Shanks for a year and a half, starting when he was 12-years old.

A spokesperson for the Diocese of Harrisburg says Herbert Shank's case was turned over to the York County District Attorney's Office in February 1995.

When reaching out to the York County District Attorney's Office, we received the following statement: "As per policy, The Office of the District Attorney does not confirm or deny whether or not there is an investigation until such time charges are, or are not filed."

Herbert Shank said he never had a conversation with the York County District Attorney's Office.

An original statement from the Diocese of Harrisburg said Herbert Shank was removed from ministry at the time the case was turned over to the York County District Attorney's Office.

Shank says he was told to resign in November of 1994.

"I was told to resign my ministry and I was not in any way to perform any ministerial actions period and to go to where therapy was offered," said Shank.

Shank maintained that he was never approached or had any conversation with law enforcement.

Our source said in the 1980s, he asked Shank to meet at property on Fickes Road in Warrington Township, York County that is currently owned by Father Carl Tancredi, a former priest within the Catholic Diocese of Harrisburg.

It's a place where our source says he'd been to between three and six times with Shank, who he says had free reign on the property.

He said Shank brought him and other boys there and would drink alcohol and the physical contact would persist.

"We would have shaving cream fights and whipped cream fights in our underwear, running around this property. This was a property that, looking back now, is pretty scary. It is a place where when you walk into, all of the bedroom doors are padlocked from the outside," said our source.

FOX43 News went to the property in question

He said he knew Shank as a classmate in the late 1960s.

Tancredi said their social relationship ended in the late 1970s.

He said the property hosted people from various parishes, serving as a getaway place while also holding dinner parties with married couples and families.

Tancredi said Shank came to the property but never lived there.

Father Tancredi said he never saw any of the actions described by our source, never saw any shaving or whipped cream around the property, nor had he ever had a party with underaged people.

As for the padlocks, he said they were innocently placed on the doors to allow privacy and security to anyone staying on the property; a casual setting allowing in and out access.

He said the two were assigned to St. Rose of Lima in York in the mid-1990s but Tancredi said they held different positions within the church.

He said Shank was "suddenly" removed from St. Rose of Lima and only heard "hearsay" about the alleged abuse.

Before Tancredi took sole ownership of the property as his private residence, he said the property was shared with others, including Father Joseph Carolin and Father Sylvan Capitani.

We asked Carolin for comment: he told us he stayed at the cabin with four other people in the 1960s, early 1970s and that he sold his share of the property "a long time ago."

Carolin refused to talk about Shank or the property.

When asking Capitani for comment, he refused to speak with us.

When asking Shank about the property, he acknowledged he'd been to the property before but didn't have any knowledge of what FOX43 was asking about.

When our source says Shank met him at the property, he says he confronted him about the abuse for the first time.

"I told him that he was a sick individual, that he needed help. That he is a predator. That I wanted absolutely nothing to do with him again and his response to me was very shocking, very dismissive and I told him that I was leaving."

It was the last time he said he would see Herbert Shank until he was in college.

He says Shank came to his father's house at the time.

"We're sitting on the porch and my dad had offered him something to drink and he said do you want some water or something? He said, "no, I need something stronger than that" so I think my dad poured him a bourbon."

He claims Shank came that day in 1988 to tell him and his father has being defrocked from the Catholic Diocese of Harrisburg due to allegations of molesting a boy while at St. Rose of Lima in York.

"He turned to me and asked me why I didn't stop him which I thought was probably one of the most amazing, ridiculously absurd question I have ever heard come out of a person's mouth. I responded back to him because I was a ******* child and I had left. That was the last time I have seen Herbert Shank."

He says Shank told him and his father to expect a call in regards to the allegations and investigation.