YORK, Pa. — First responders are sometimes left with more questions than answers. Almost every first responder has an emergency they have replayed over in... 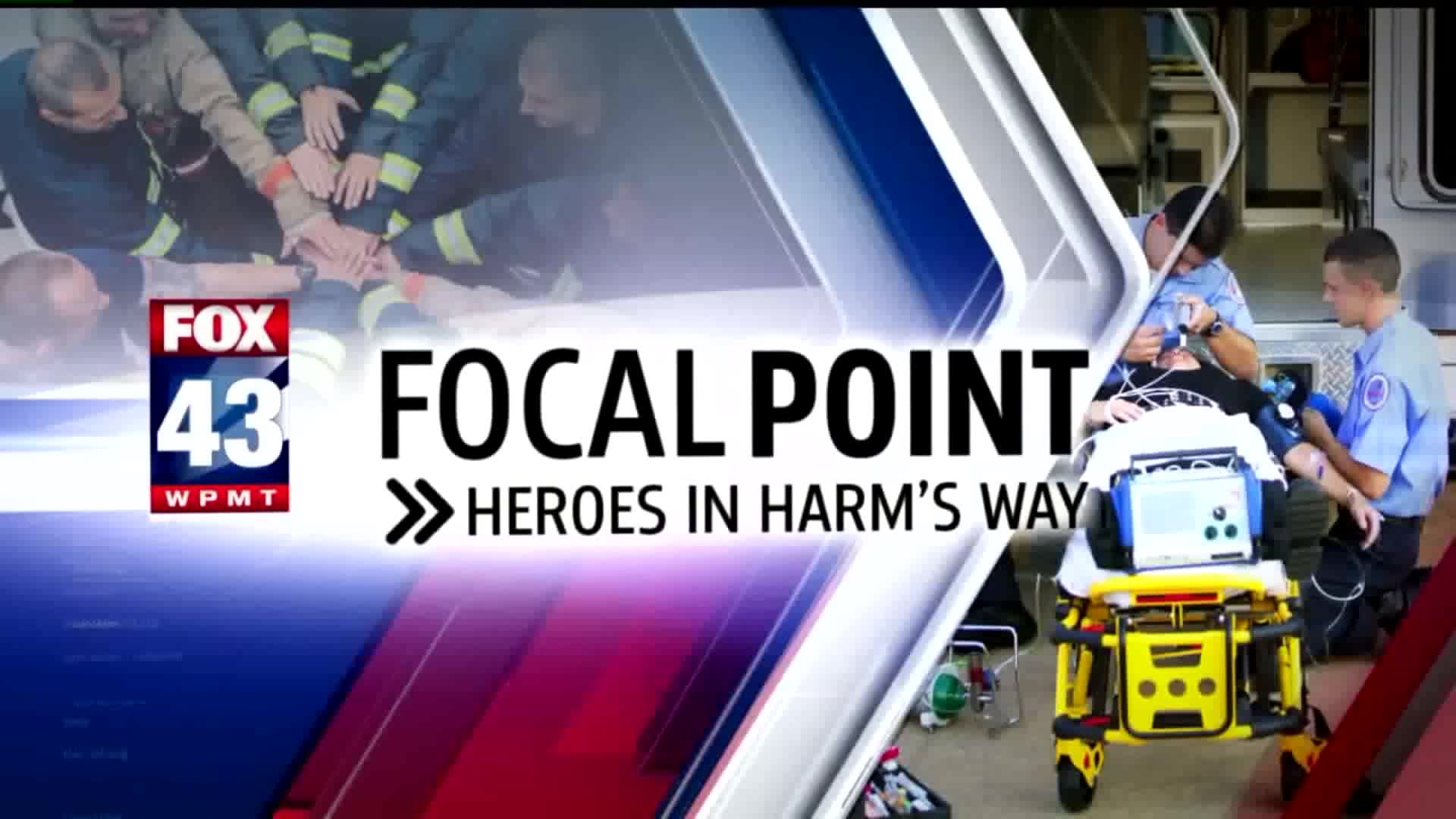 Almost every first responder has an emergency they have replayed over in their minds.

"You are going to see some of the same stuff all over again," said Chief Tom Rudzinski, Manheim Township Police Department.

"I kind of think it is a sponge. You continue to just drink all that in, and at some point, you're going to fill up," said Jerry Schramm, director of operations, Lancaster EMS. "You have those calls where you think, 'was I not at my best today?'"

"You may relive things, 'could I have done something different?'" explained Chief Chad Deardorff, York City Fire Service. "I relive last year almost on a daily basis."

A scorching fire burns bright at the Old Weaver Piano Building in York. The building collapses.

The York City Fire Service lost not one but two comrades in the line of duty, Ivan Flanscha and Zachary Anthony.

"It's a constant reminder that we need to be aggressive. We need to continue to do our job, but remember bad things happen in our job, and it's an inherently dangerous job, and that thought in my mind has been helpful," explained Deardorff.

"I have got a few skeletons in my closet that kind of bother me like that. Over 20 years, you start to kind of think of those things," explained Schramm.

Over his career, Schramm has seen his fair share of trauma.

"There is only one call that really haunts me to this day. I had one call where a father choked on a chicken bone and fell face down in a door way. He was an obese gentleman, wide as the door way. I physically couldn't move him. I remember standing there waiting with all the capabilities of saving this person, and I heard, 'is my dad going to be okay?' and there is a 7-year-old kid asking me," said Schramm. "Since that point, I use that exercise room every day. There is nobody I can't move three feet to make that difference."

Survivor's guilt is when someone feels guilt after surviving a life threatening situation when others did not.

Frst identified in the 1960's, survivors guilt is associated with first responders, military service men and women, even parents who outlive their children.

People with survivor's guilt can also experience symptoms of post traumatic stress including, flashbacks, problems sleeping, even thoughts of suicide.

Besides connecting with others, experts say it is important for first responders to accept and allow the feelings that surface.

"There is always those calls out there where, 'if we did something different, would the outcome be different?' We're in this business cause we care," said Deardorff.

Because they care, some of those calls haunt and inspire our first responders.

If you or someone you know is thinking about suicide, call the National Suicide Prevention Lifeline at 1-800-273-8255.