CUMBERLAND COUNTY – Cedar Cliff graduate Adam Breneman had a change of direction recently.   Multiple injuries ended his career at Penn State prematurely but his political career is off to a fast start.  The 21-year old has already experienced victory on the campaign trail.    Not even old enough to drink a beer at the time,  Adam started his career as the Campaign Manager for State Representative Mike Regan to spearhead his bid for a seat in the State Senate. 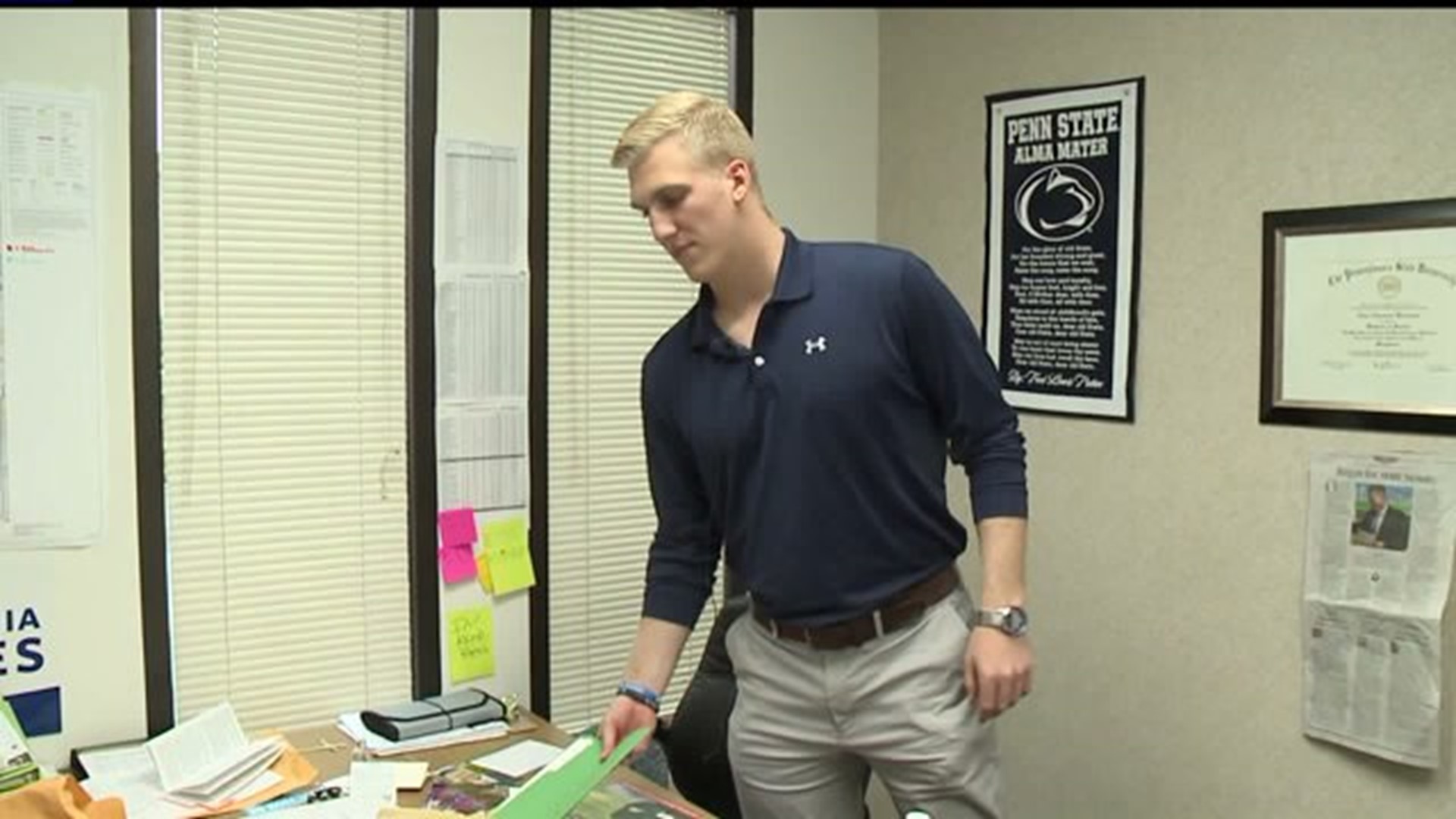 There are similarities between football and politics.  Hard hits from the opponent, sometimes from the blindside.  Of course, there's the adrenaline rush and competitiveness of an election where winning is the ultimate goal.

Soon after Breneman made his college commitment official back in March of 2012, he assumed the role of a politician.  Penn State was hammered with unprecedented sanctions and he began lobbying fellow recruits to stick with the Nittany Lions.

"I think it's a really unique opportunity that we have, that our recruiting class has, and the guys that have stayed to be part of something really special at Penn State," he said in August before his senior year at Cedar Cliff.   "This kind of situation could completely galvanize a community and be part of the healing process for a school."

Those are heady words for a high school student.   Breneman was named an Under Armour All-American but missed his final season of high school football with a knee injury.   He enrolled in State College early and started five games as a true freshman with three touchdowns.  His football career was on track.

"Back in my freshman year, this was the draft I was eyeing at," Breneman admitted.   "I was going to play two more years and leave for the draft.  In life, things happen, things change.  Literally, in the blink of an eye, I had my career play against Wisconsin one drive and then the next drive, I hurt my knee and it was never the same."

He missed his sophomore year with the injury and everyone including Coach Franklin was optimistic in October of 2015 that he could make an impact in his third season.

"Every press conference, there's an Adam Breneman update," he joked at the time.   "He took a much larger amount of reps today which is great, great to see him."

The return never materialized and it was evident football was no longer his future.  He had done some work for State Representative Mike Regan and received a call that changed his direction

"He called me and said hey, if you can't play anymore, would love to have you on my campaign," Breneman explained.  "It was actually the middle of the season when I accepted it, my coaches didn't even know."

As a Campaign Manager, Breneman was in charge of hundreds of volunteers and a million dollar budget. He was a key part in the team's victory with the stakes more important than ever.

"I always said this Senate race is the biggest game I have ever played in, it really was, it was a huge game. Not many people like politics, like to follow it, but it impacts all of us, it really does.  It gives you an opportunity to make a difference in a lot of people's lives."