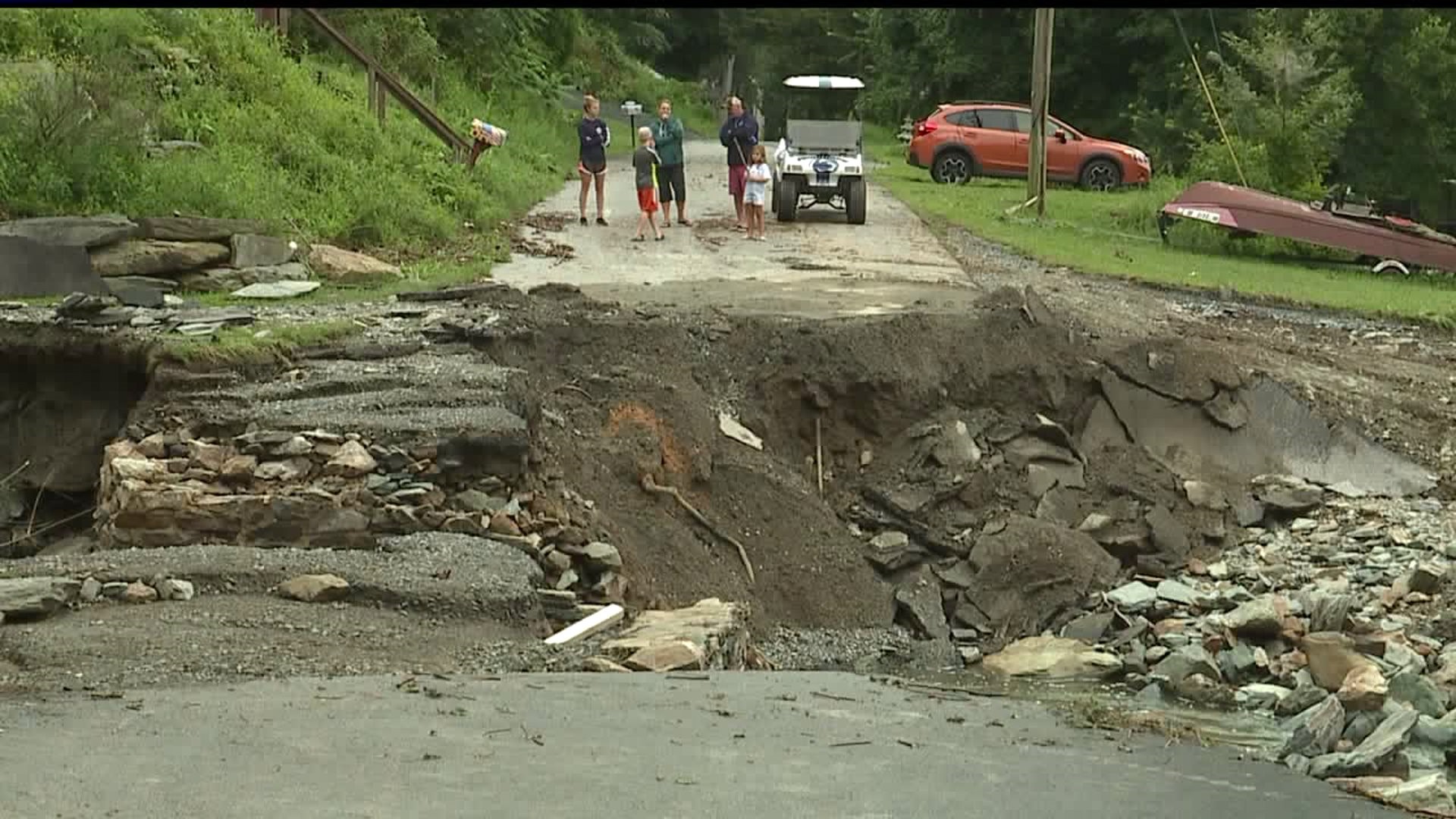 This comes after 2018 flooding that left thousands of homes and roads damaged and millions of dollars in damages.

“Unfortunately it’s proven difficult to get federal disaster aid for these events because they are shorter durations, more localized and they have significant impacts but they are not over a larger area," said Randy Padfield, acting director at PEMA.

Areas along Accomac Road in Hellam Township was one of the hardest places hit with $750,000 in damages.

“I was very heartbreaking to be able to see that and especially not be able to get the funding that we thought maybe we would be able to," said Phil Smith, vice chair, Hellam Township board of supervisors.

The impacts of the flooding are still evident today.

Last year was the highest amount of precipitation on record in the state of Pennsylvania, leaving 63.6 million dollars in damage that was not covered under any federal disaster declaration.

Paul Nevin, who is a flood victim says he is continuing to live with the damages and is relieved to hear something is finally being done.

"Our property was basically washed away," said Paul Nevin of York County. “We’re still waiting for this all to be done, everything boils down to money," he added.

He says work on his home cannot be done until the road in front of his house is fixed.

PEMA officials say the program would be funded through a severance tax through natural gas, which the state of Pennsylvania doesn’t currently have.

It would also support various projects through Restore PA  for the next three to four years and would be separate from the budget.

“It's real common sense approach to a severance tax to be able to take that money and use it for a myriad of infrastructure projects is key," said Padfield.

“I think when companies come and extract money from the state we should benefit from that," added Nevin.

Officials say the legislation is still in the process of being worked on and has not yet been finalized.