Randy Raudabaugh spends his days taking care of the fish at Yellow Breeches Anglers Club. He says he considers them – all 40,000 of them — his own. “I spe... 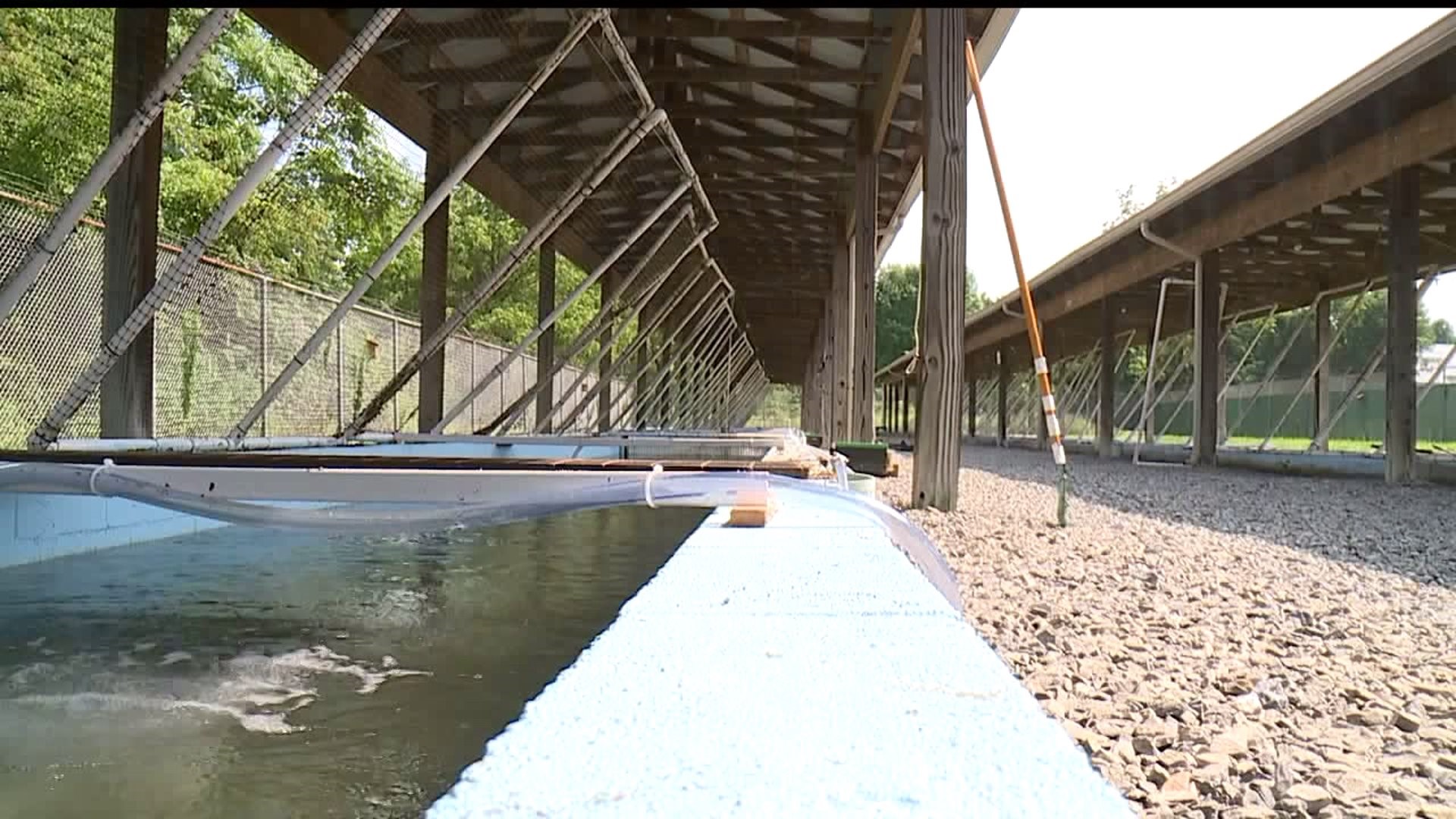 “I spend two or three hours down here a day just tinkering around, trying to keep the fish living,” said Raudabaugh, nursery manager.

So when heavy waters came rushing into the nursery Wednesday night, Raudabaugh says it was devastating.

“It hurt seeing them laying there without life,” said Raudabaugh.

“It was a freak thing of nature, and it’s something I hope I never see again,” said Joe Marique, president of Yellow Breeches Anglers Club.

They estimate thousands of fish, at least 15 to 20 percent of what they had, were killed.

“It’s really disheartening for the club here, because we try to raise big fish to put in the breeches,” said Marique.

Yellow Breeches Anglers Club gets nearly 40,000 fish from the state each year.

They raise the fish and release them into the wild for fishermen to enjoy.

And after losing so many fish, they are doing what they can save the ones they have left.

“I think we’re still going to end up losing some fish, some of the fingerlings, from the mud. We’re gonna salt the raceways here today, and hopefully that’s going to take care of some of the gill packs,” said Marique.

Since the severe flooding, they are down on their spirits, and down on money too.

Anyone who would like to join the club or make a donation is encouraged to reach out.