NEWPORT, Pa. — For the first time in 80 years, industrial hemp plants are starting to grow legally in Pennsylvania. At Perry County Land and Cattle, hemp ... 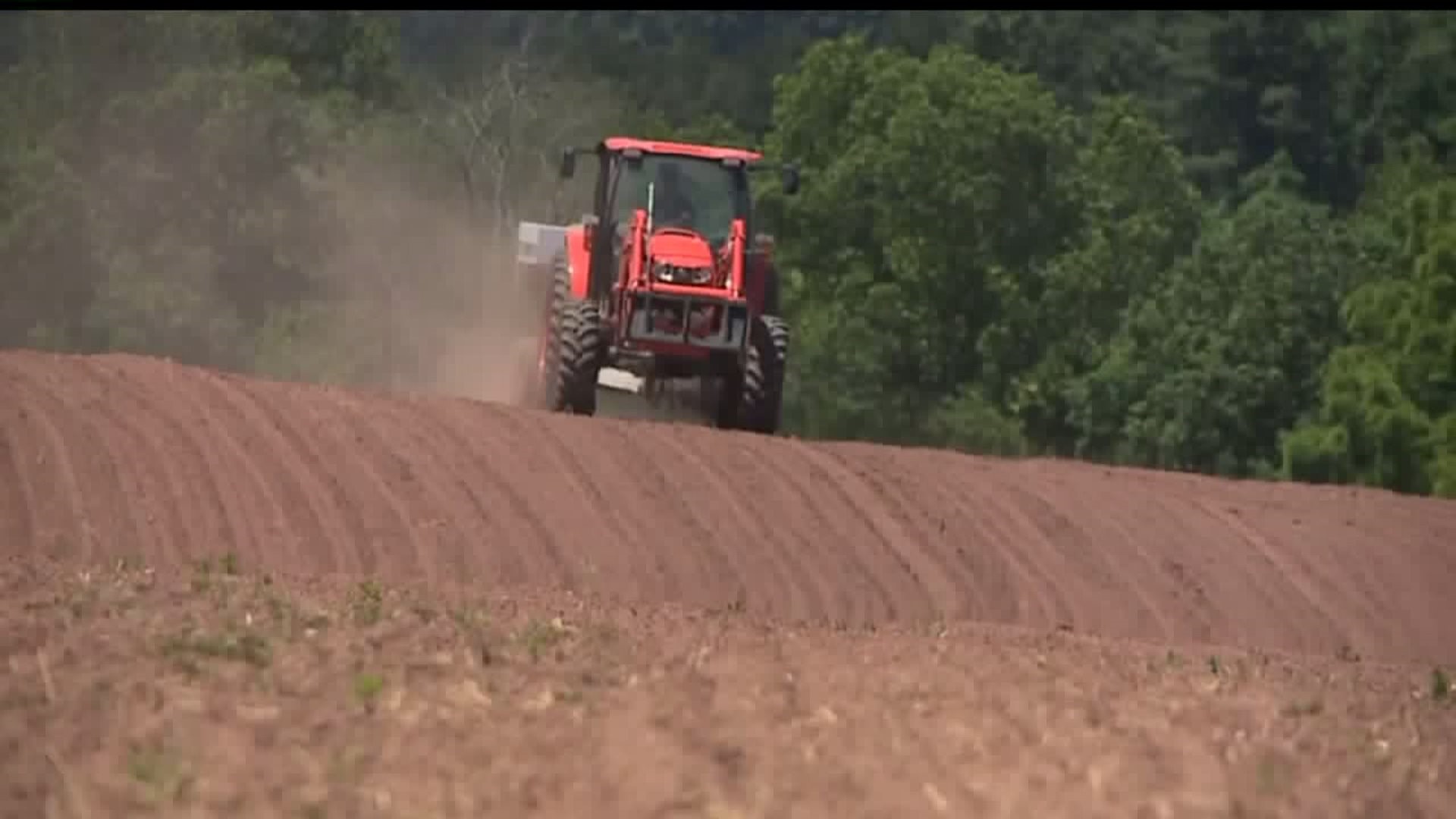 NEWPORT, Pa. -- For the first time in 80 years, industrial hemp plants are starting to grow legally in Pennsylvania.

At Perry County Land and Cattle, hemp seeds which were planted Monday began sprouting on Friday.

"Legally, it's the first germination of industrial hemp plants in Perry County since the late thirties," said Jeremiah Elsessor, a farmer who was fertilizing the hemp field when he discovered the first growth.

Perry County Land and Cattle is one of 16 sites across Pennsylvania taking part in a research project approved by the state Department of Agriculture. Bill and Martha Roberts, owners of the farm, applied to take part in the project in February as a way to expand their farming industry.

"There's going to be a demand for farms to grow hemp and it'll be a cash crop for them," Martha said. "It could be a huge boom to Pennsylvania's economic picture."

They estimate it will take 100 days for the hemp plants to grow to full length, around 5-to-7 feet high. They will look similar to a cannabis plant which is most closely associated with marijuana, except with a fraction of the THC compound which is used to get high.

The Roberts' plan on feeding part of the plant to some of their cattle for about 90 days, comparing the weight gain to that of cows fed with conventional grain. Industrial hemp, they say, is high in protein, and expect it to lead to faster growing and healthier cows.

Industrial hemp used at Perry County Land and Cattle was legally brought in from Canada. A 2015 report from the Congressional Research Service found that hemp is used in 25,000 products worldwide. Canada and China are the major exporters in industrial hemp, with the United States being the world's largest importer of the crop.

It is estimated to be a $600 million industry in the United States.