Firefighters forced to cancel Mountville Carnival opening night, all thanks to Mother Nature 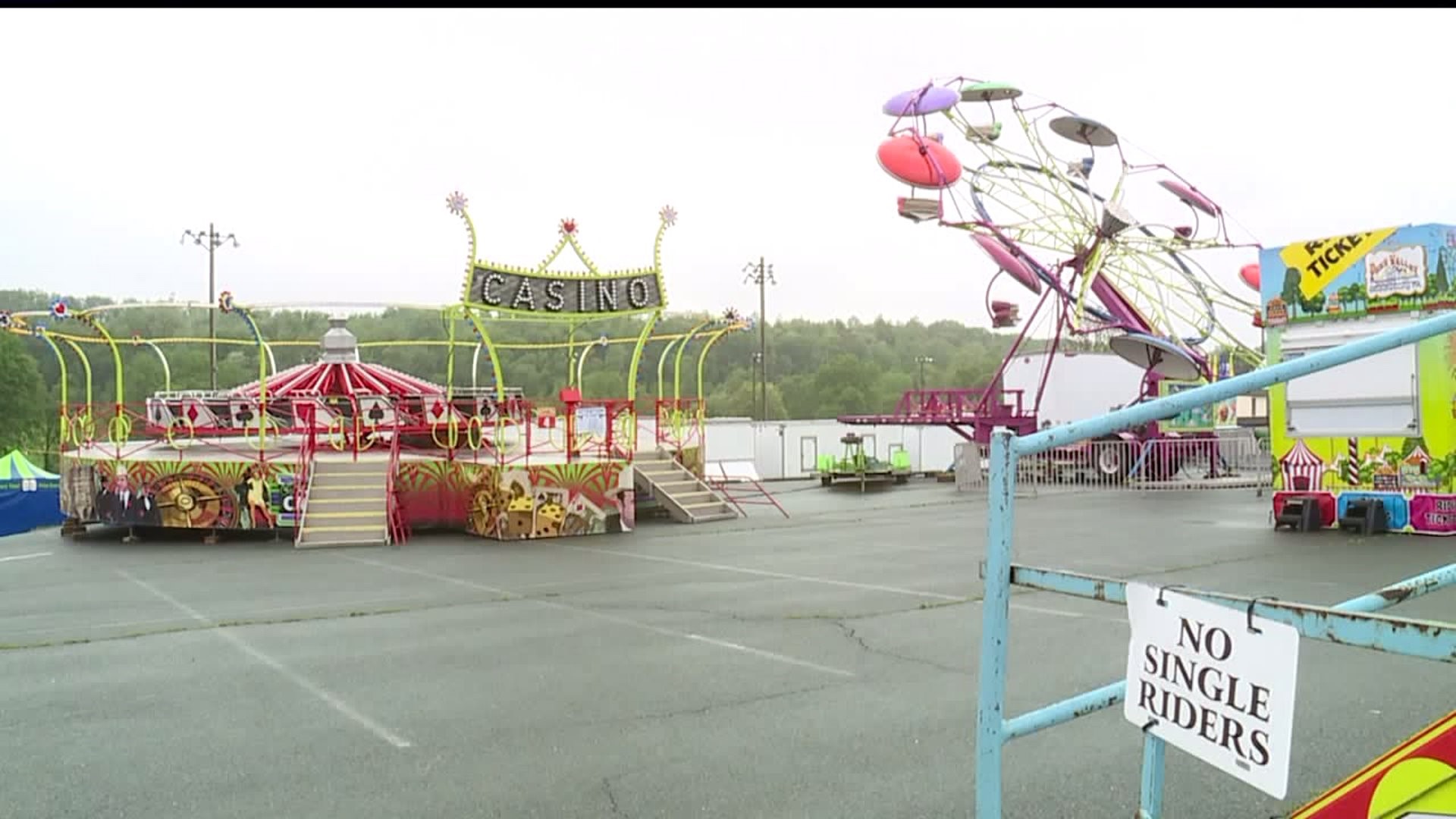 MOUNTVILLE, LANCASTER COUNTY, Pa. -- A Lancaster County volunteer fire company is taking a hit because of this rainy weather.

Mountville Fire Company cancelled the first night of its annual carnival, the largest fundraising event for the company, because of yesterday’s stormy weather.

The rain won’t stop the rides, but firefighters fear it could keep people away from the carnival for a second or third night which isn't good for the department.

“It’s raining which is not good for us," said Brian Saylor, a firefighter and carnival committee member for Mountville Fire Company.

"It was empty, and we ended up having to cancel because of the rain," he said.

Saylor fears the park could be empty through Saturday all thanks to the dreary forecast.

"A single night loss is a hit, and if we happen to wash out the entire four days, that’s a significant loss for us," explained Saylor.

"It allows us to afford new equipment, new gear. It's thousands of dollars for just one new firefighter’s equipment so just a little bit of money goes a long way in our all volunteer department," said Peter Taraborelli, a firefighter.

It it’s cancelled a second or third night, it could leave volunteers scrambling.

"With that loss of income through here, we have to try to come up with additional funding sources, which being a volunteer department becomes challenging," said Saylor.

"There is a possibility we could end up owing money for having a carnival that doesn’t actually open," said Taraborelli.

The rain also dampened the spirits of some neighbors who make the carnival a family tradition each year.

"They were looking forward to it. Every year, we do it as a Mountville tradition. It’s there, and they see it and they want to go. Now, I think this year, the whole time it’s going to be like this, so it’s just going to be bad," said Disma Campailla of Mountville.

The carnival is set to open at 6 p.m. Thursday night so long as the weather doesn’t get too bad, and there’s no lightning.

If you got a rain jacket and a towel, firefighters say it can still be a good time.

The carnival runs through Saturday.

Ride tickets can be bought at Froelich Park.

All you can ride wristbands can be purchased at a number of convenience stores in Mountville.

To donate to the company, visit https://www.mountvillefire.com/