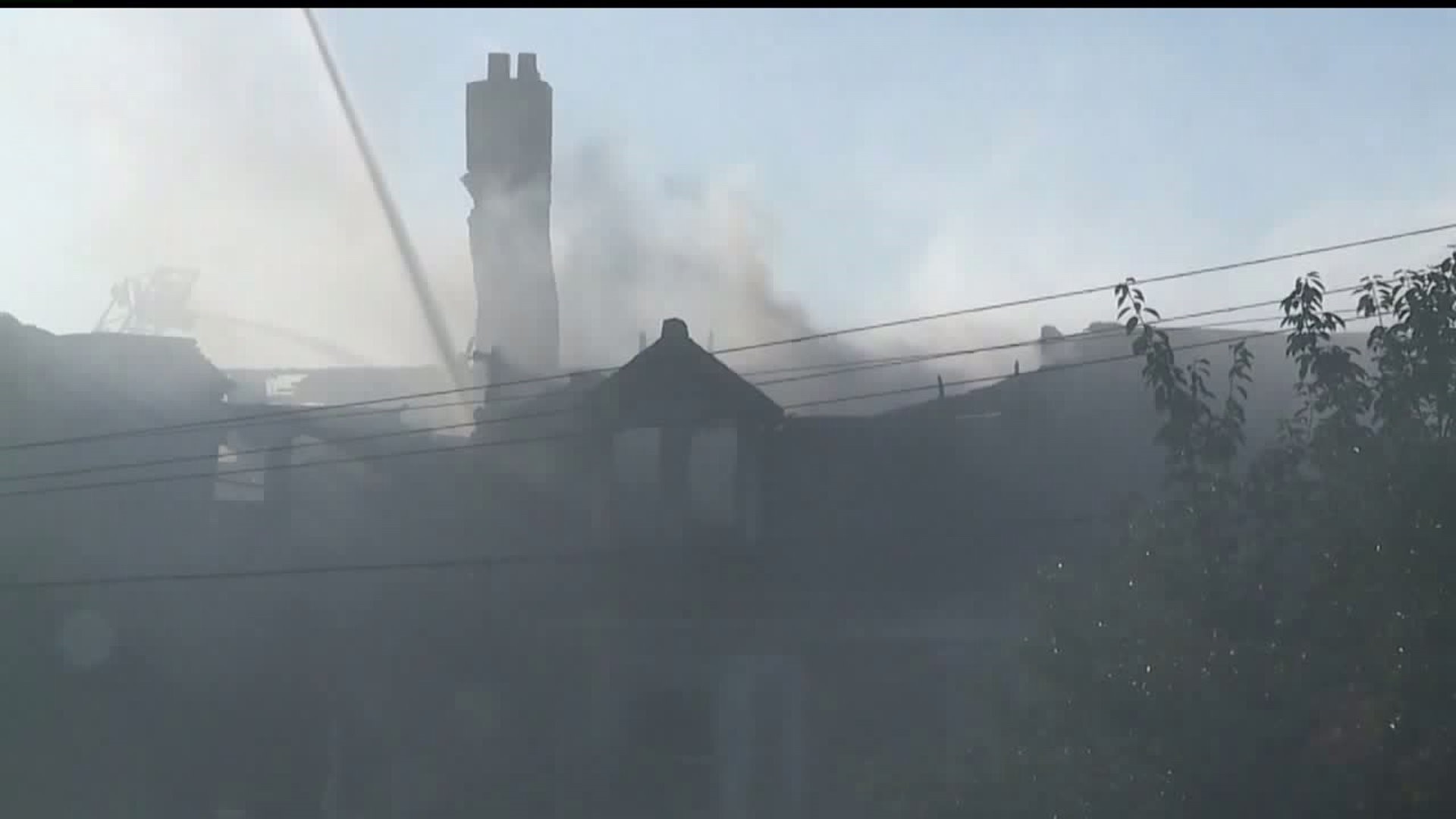 They say the fire destroyed at least four homes on Boundary Avenue; the good news, no one was hurt, but 22 people lost their homes, according to the Red Cross.

We are assisting 17 adults & 5 children following a multi-unit fire impacting the entire first block of Boundary Avenue in Red Lion (York County). Impacted residents were provided with resources for shelter, food, and clothing. Thank you to Red Lion Fire Co for staging area.

Firefighters say the came in just minutes before 5, and crews were hitting hot spots with their hoses at 10 p.m.

FOX43 saw dozens of neighbors who lined the street and took it all in; some say it's the biggest fire in Red Lion they've seen.

Thick smoke could be seen and smelt all throughout the borough.

Officials say the fire started at 37 Boundary and quickly spread to the homes next door; they say the wind and Sunday's heat did not help the situation.

According to fire police, the heat tired firefighters on scene.

"There was multiple times I saw flames shooting out the roof and just smelled like a burning house smells. It was pretty terrible," explained Nick Rinacka of Red Lion.

"I was visiting my mother outside of Delta, and my daughter called and said, 'the house is on fire next to you!' So the 21 miles I had to drive to get here was nerve-wracking, to say the least. I was kind of a wreck. I am thrilled to death that my house is still standing, but I am horribly heartbroken for those who lost their house and everything in them," said Rita Mitcheom, who lives next door to the houses which caught fire.

Officials say a firefighter rescued a cat from one of the houses, but that's about all they could say about pets inside of the homes.

People thought they heard explosions during the fire, related to ammunition going off or fireworks; however, authorities on scene could not confirm that.

As of Sunday evening, officials did not have a cause.