WEST YORK, Pa.– A three alarm fire broke out around 6:00 p.m. Friday, at West York Sporting Goods on the 1000-block of West Market Street. Firefighters we... 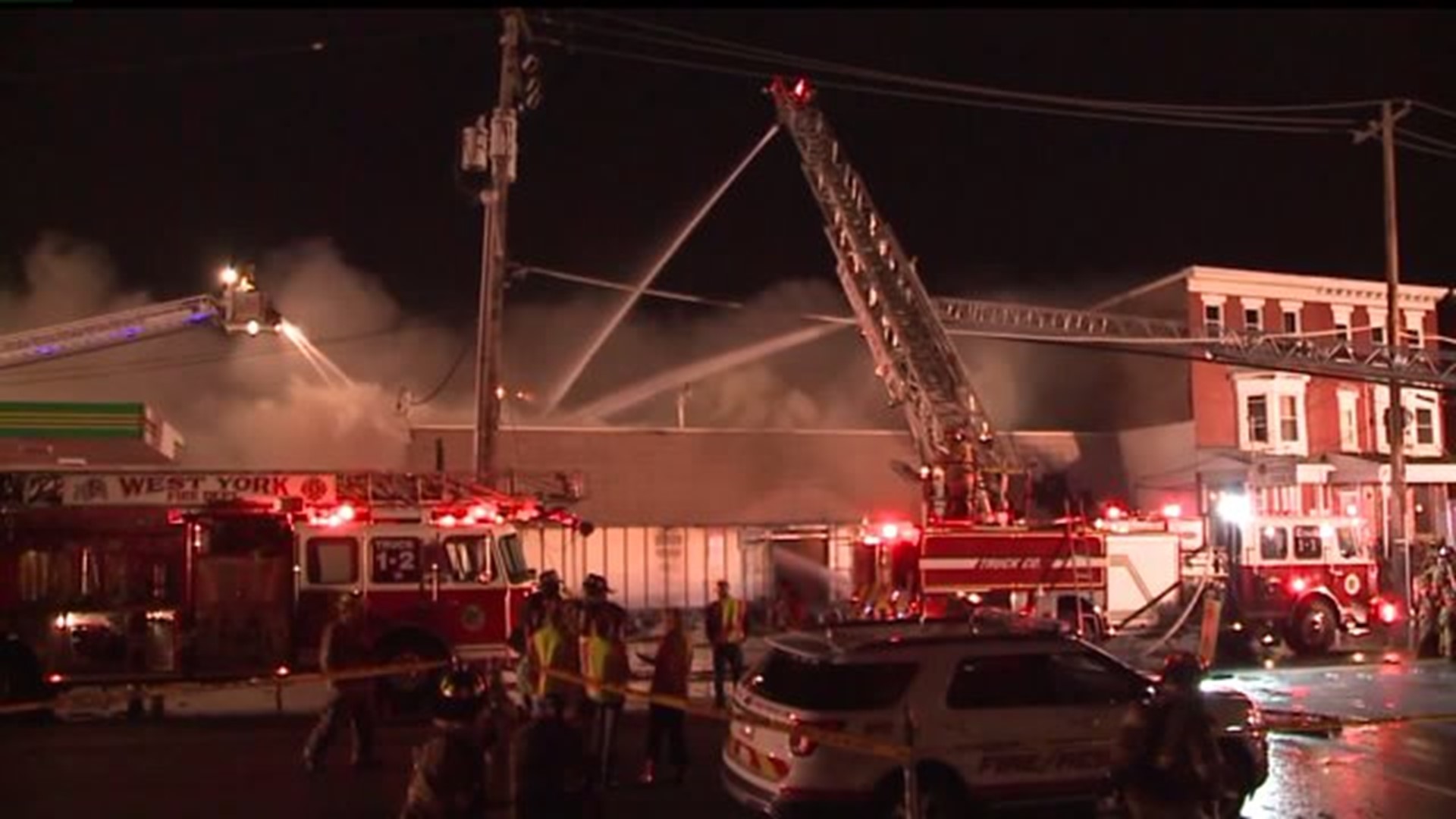 Firefighters were on the scene for hours fighting the flames and dousing hot spots. As soon as crews appeared to have a handle on the fire, another spot would flare up again.

Neighbors who spoke with FOX43 believe it started on the east end of the building where the firing range is located.

The facility is attached to a row house on one side. On the other side is a gas station.

A witness at the scene reported crackling noises, and neighbors were told to stay inside their homes.

Police were concerned that ammunition stored on site in the shooting range may ignite and could potentially injure bystanders.

The Bureau of Alcohol, Tobacco and Firearms was called because of extensive damage to the firearms and ammunition inside.

The smoke could be seen for miles and caused strong visibility problems for drivers in the area.

The cause is still under investigation.