Fatal accident on I-81 leads to gridlock, frustration in Carlisle

CARLISLE, Pa. — Traffic through the center of Carlisle Borough, Cumberland County grinded to a halt for most of Thursday after an accident on Interstate 8... 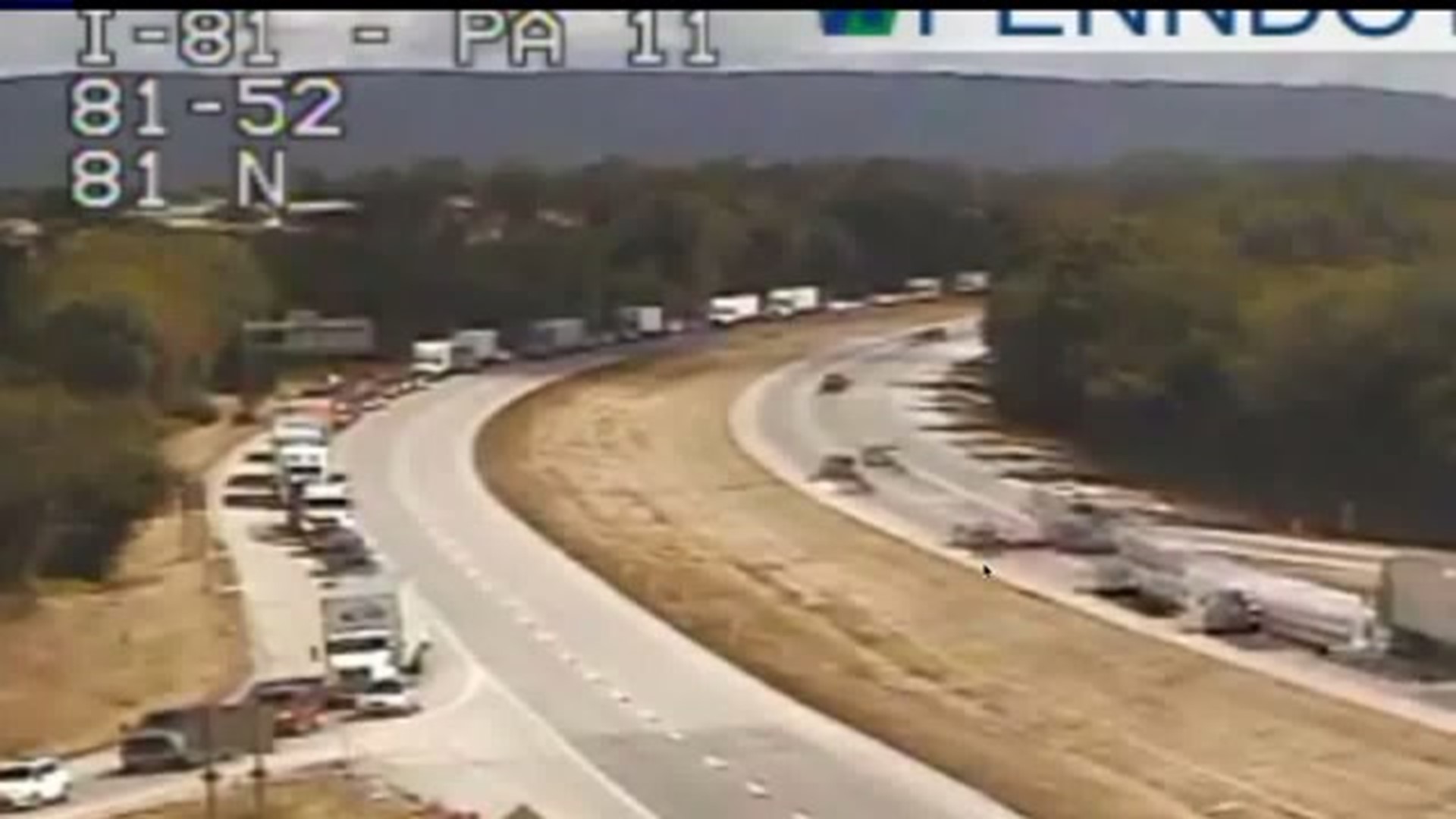 CARLISLE, Pa. -- Traffic through the center of Carlisle Borough, Cumberland County grinded to a halt for most of Thursday after an accident on Interstate 81 diverted vehicles in both directions into town for seven hours.

The six-vehicle accident, which killed the truck driver after his truck overturned, left I-81 in a standstill from approximately 7:50 a.m. until 2:30 p.m. Cars and trucks alike were diverted off the highway and onto Route 34 or Route 74 in Carlisle, which led to gridlock backed up for multiple miles.

Bill Rackley, of Carlisle, called his 45-minute trip from his home to a tattoo parlor in downtown "a nightmare."

"The only way to do it is lock down the exits and don't let the trucks through here."

That method is easier said than done, according to PennDOT. Fritzi Schreffler, a PennDOT spokesperson for District 8, said when the department of transportation decides on a detour, they are only allowed to tell motorists to use state roads.

"We can't close off Carlisle and put them in a bubble and say no one can go here," Schreffler said. "We have to allow motorists the option to get off the road."

That doesn't mean drivers must stay off local roads, only that is what PennDOT's official detour maintains. With most drivers owning some form of GPS in their vehicles, creating your own detour may work best.

When that occurs, as it did for many local drivers in Carlisle on Thursday, that is when the Carlisle Police Department comes into play. Chief Stephen Margeson of the Carlisle P.D. focused on keeping intersections clear throughout the borough, mostly to allow emergency responders the ability to travel freely.

Margeson estimated using police, fire, and public works officials as traffic officers in "16 to 18" different intersections throughout the borough on Thursday. He admits controlling traffic would be a lot easier without having to worry about 18-wheelers rolling through the center of town, but understands given the nature of infrastructure around town as a highway hub, the likelihood of that changing is slim.

"We would love trucks to start an alternate route at the Maryland line," Margeson joked. "I don't know about the practicality of that although we would certainly love to see it."